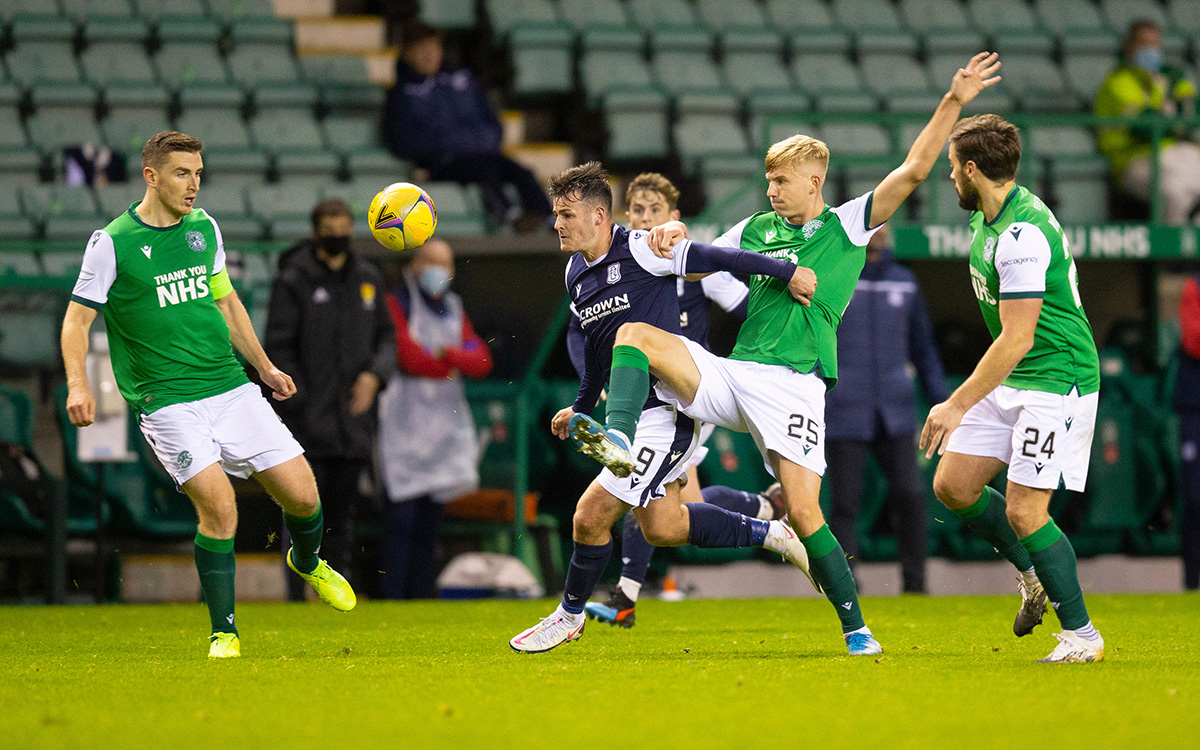 It’s Sunday action for Dundee in the cinch Premiership this weekend as James McPake’s side take on Hibernian live on Sky Sports, kick off 12 noon.

The manager will be hoping to build on last weekend’s Premier Sports Cup win over Motherwell when The Easter Road side come to Dens.

Hibs have started the domestic campaign well with two wins in their opening league matches and progression to the Quarter Final of the Premier Sports Cup.

An exit from Europe is one down point in their opening stage of the season.

Max Anderson returns from suspension but Jordan Marshall misses out due to his red card against Celtic last time out on league duty.

The will be late fitness tests for Cillian Sheridan and Cammy Kerr while Danny Mullen misses out.

This will be the 222 league meeting between Dundee and Hibernian.

Over overall record against the Edinburgh side is as of follows: W.78 D.50 L.93

Our last win against Hibs came at home back in 2012 and since then, we played them eight times, drawn three and losing five.

That last win of course came during our ‘club 12’ season and when Hibs visited Dens Park on November 17th, they were looking to reclaim being top of the league while the Dee were bottom.

Dundee, however, swept Hibs aside with a fine 3-1 victory.

Kyle Benedictus got Dundee on their way with a thunderbolt of a goal to silence the nosey away support.

Steven Milne then tucked home a second minutes after the start of the second half, which was followed by a Kevin McBride penalty.

Leigh Griffiths pulled one back but it would only be a consolation.

Tickets for the Bobby Cox Stand and Main Stand can be purchased from the Ticket Office, open at 10am on Sunday.

The full match replay, highlights and post match interviews will be made available on DeeTV on Sunday evening.