“We are looking forward to it” 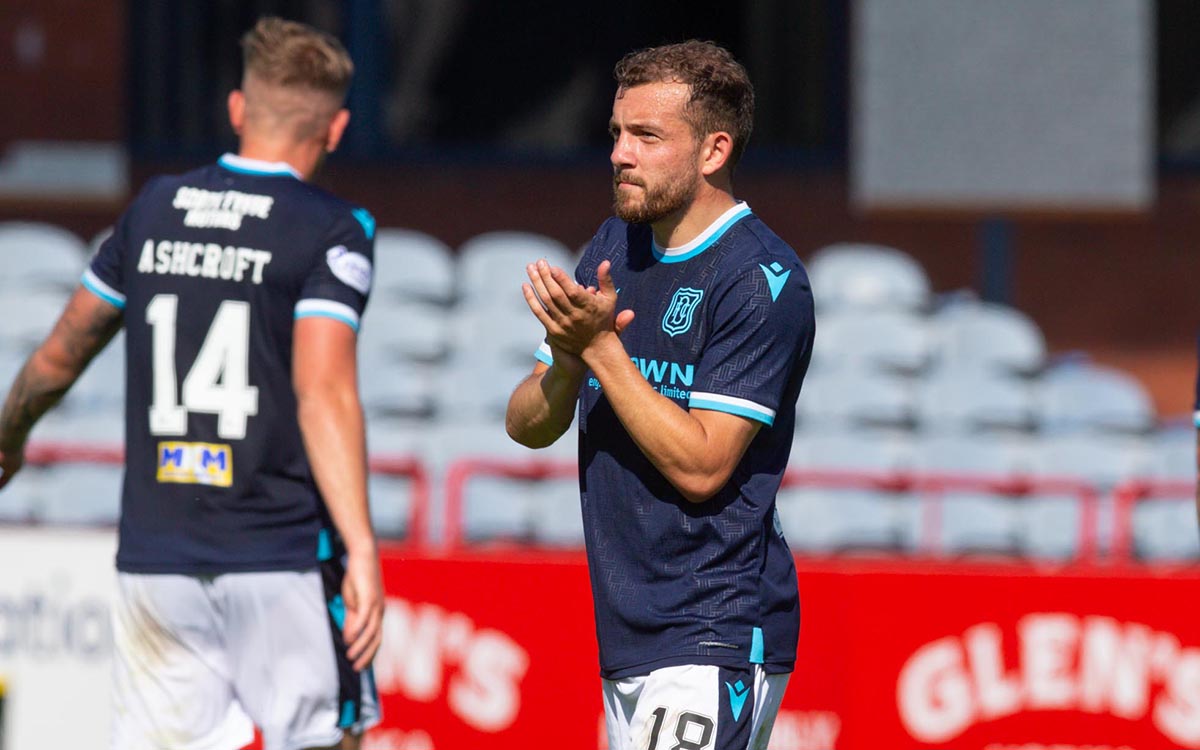 Paul McMullan is looking forward to the test of an opening day cinch Premiership visit from St. Mirren on Saturday.

The winger was a summer signing when he official joined the club but he is a familiar face having spent the second half of last season on loan at the Kilmac Stadium.

Paul spoke to the broadcast media ahead of Saturday’s league opener.

He said, “We are looking forward to it. We are on a good run, I think I read that we have won 8 of our last 9 games with the one we lost coming against Raith when we were already 3-0 up in the play-offs.”

“It’s a good feeling we have around the place and we are just looking to keep it going.”

“We haven’t made too many changes. We felt that in the Premier Sports games, everybody knew what each other was like. We had the six months playing together. It’s been a good atmosphere since I’ve been here, we have won a lot of football games which obviously contributes to a good atmosphere.”

It’s Dundee first game back in the top flight after two seasons in the Championship and the players are looking to hit the ground running. Paul continued, “Of course you want to win your first game, especially as it’s at home. It’s going to be the first time I’ve really got to play with a good amount of the fans being here. You want to get a good start, you don’t want to be playing catch up from the get go and that’s what we’re going to try and do.”

“Since I’ve been here I’ve loved it. I’ve loved playing, I’ve loved the style we’ve played with, obviously when you are winning that helps you also and we’ll be trying to keep that going. It’s probably the toughest Premier League for years but we are part of it, we are looking forward to it. We’re not just here to be a part of it we want to make our mark on it.”