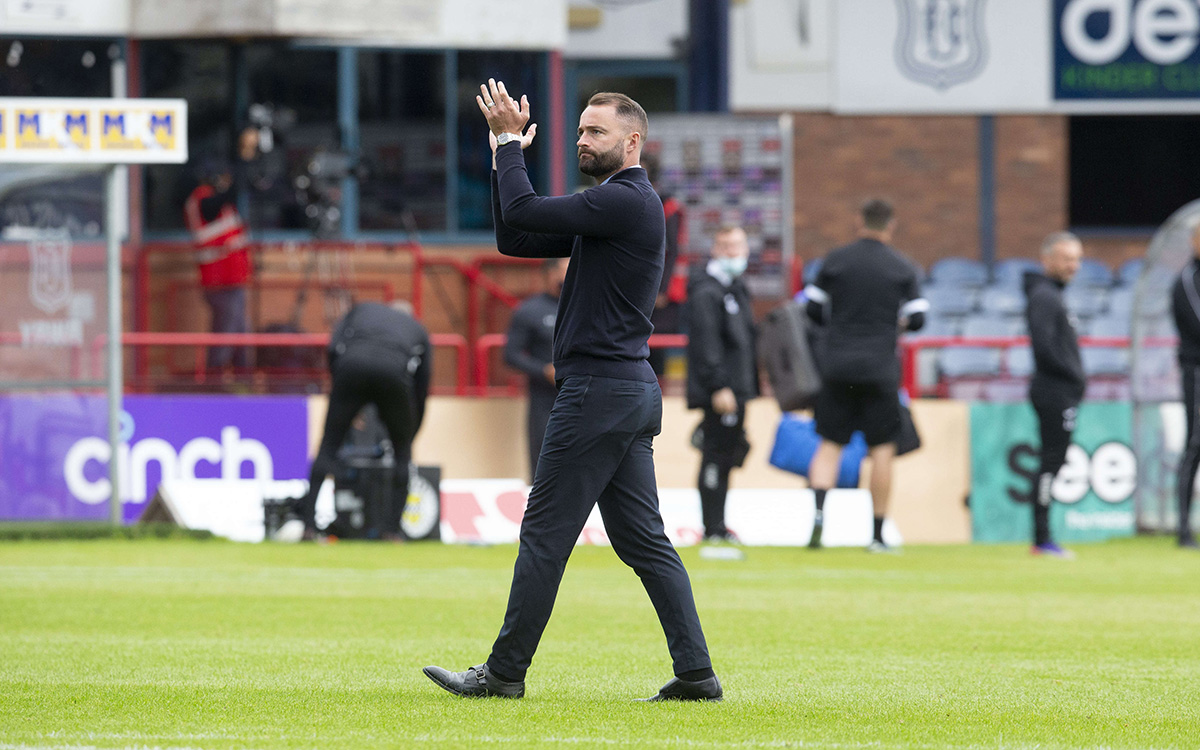 James McPake spoke to DeeTV after seeing his side come from behind twice to take a point on the opening day of the cinch Premiership.

St. Mirren had taken the lead early in both halves but Dundee fought back to level in the match which ended 2-2.

The manager said of his feelings post match, “Real pride in the players of this club, what they showed out there with the set backs.”

“To lose a goal after 4 minutes, which was a poor goal, lets not beat around the bush. What I did take was the resilience and the character to fight back and get ourselves back in the game.”

“An unjust penalty given against us, to then fight back again and score a magnificent second goal then for the 10 men to see it out.”

“I thought it was two decent teams having a go at each other in the first half, a fair reflection going in at half time. We weren’t as good at set plays as we normally are and that is something we will work on but for getting back into the game and the character they showed and the knocks they took in that game, delighted.”

It’s been a tough build up to the week. Both Jordan Marshall and Jordan McGhee played 90 minutes despite being in isolation for over a week after the club had a positive covid case. Others were also involved in the squad who had not trained and that just added to the manager’s pride, he continued, “We had 10 players out, 6 with covid, 4 with injuries leading into the game so it’s been a really tough week for the club in general. That’s why I’m really proud, I’m sure the fans are proud of that performance as well.”

“We didn’t want to come out before the game, and I’m not making excuses, but we’ve not had the chance to work on much this week if I’m honest. Two of the players who started haven’t trained all week, one who came on hasn’t trained all week so credit to them. They showed real character and real desire to play for this football club and the fans will appreciate that.”