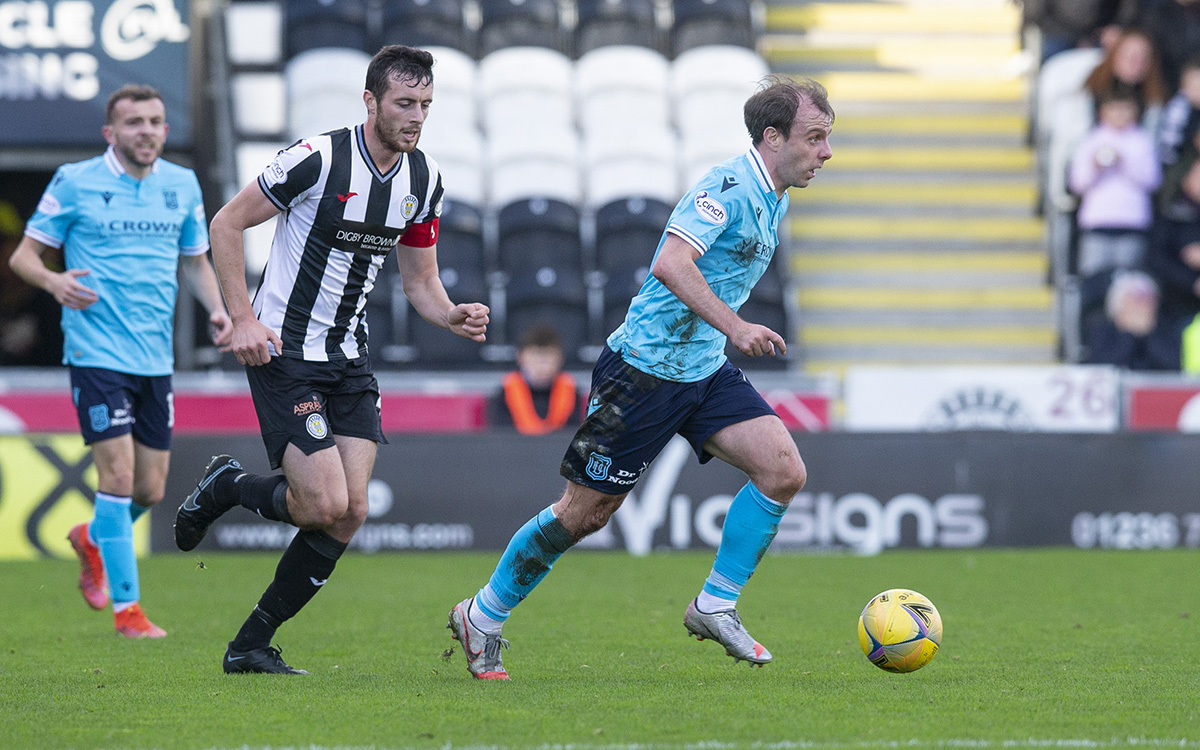 Mark McGhee leads his team to Paisley this Saturday knowing if results go in Dundee’s favour then they could be sitting just 2 points off the play-off spot with two matches in the cinch Premiership remaining.

Equally, if results go to the opposite way it could mean relegation to the Championship.

The manager is confident heading through to face St. Mirren that the win the team has been searching for is just around the corner. He spoke to the broadcast media on Friday morning and told them, “It could be terminal of course but equally we could get that result that I think we have been worthy of. I think we are ready for a win.”

“One of the things that we have to do going into the game is ignore the consequences. If you start thinking about that it can start to affect you so we aren’t going to do that. We are going to go into the game, concentrate and play in the present as best we can, play as well as we did last week and we’ll give ourselves a chance.”

“The important thing from my point of view is that mentally the squad is still in a good frame of mind. We have not allowed them to get down on the fact that, for instance, we lost last week or we didn’t beat St. Johnstone. We are still in it and we are still fighting. That gives us a chance and until that is not true I believe this squad will keep fighting until the last ball is kicked.”

Asked if the squad was feeling any pressure going into the match, Mark said, “I don’t think we are feeling pressure, I think we have managed to train well, work hard and we are allowing the training and the games to take us away from all the talk around us. We are not going to worry about that. We are bottom of the league but we are still in with a chance. It could easily have slid away with a couple of bad results we could have lost heart and lost the games that we drew and we wouldn’t be standing here with any sort of chance. As it is we still have a chance and that in itself takes away the pressure because the expectations have been so low around us. We expect of ourselves but no one else is putting pressure on us.”

The manager confirmed to the press that there are no fresh injuries concerns.

Overseas subscribers will be able to watch the match live on DeeTV.

Those looking to purchase a PPV pass can do so through St. Mirren – click here