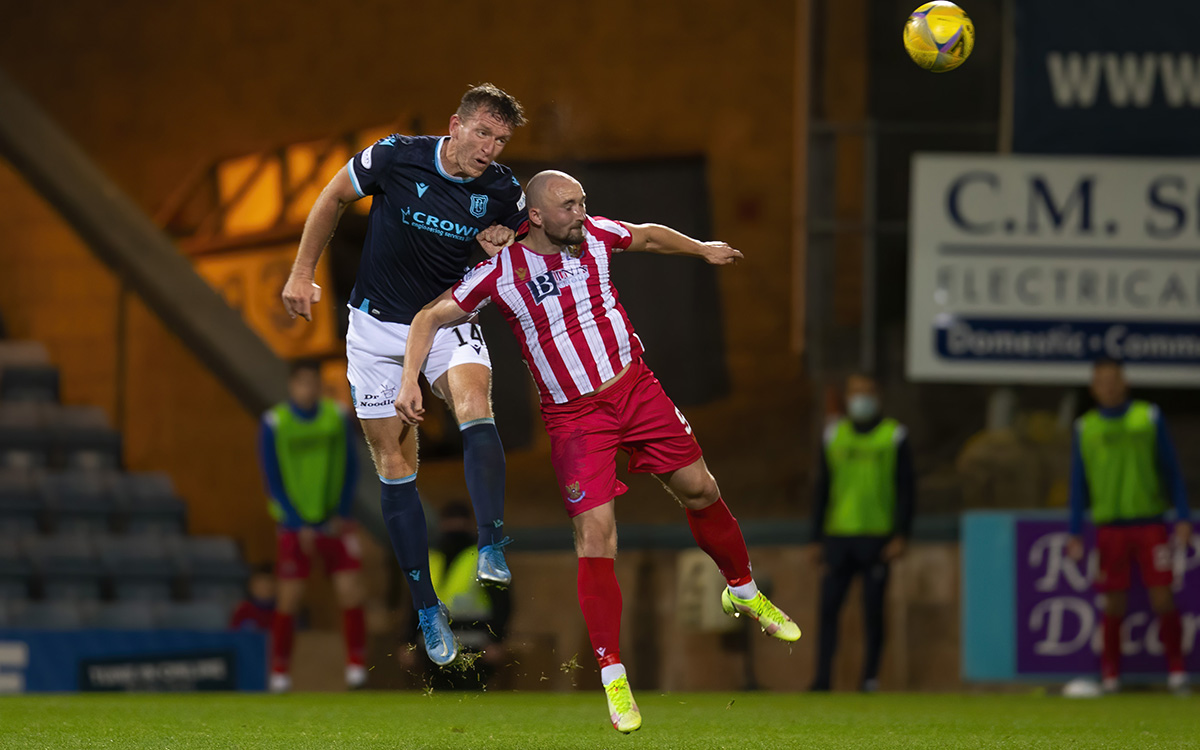 Dundee will travel to McDiarmid this Saturday to take on St. Johnstone for the second time in as many weeks, kick off 3pm.

Just 10 days ago the sides met in the Premier Sports Cup Quarter Final. Despite a dominate display by Dundee it was the Perth side who struck late on with the opener coming from Shaun Rooney after 70 minutes then a second to seal the win in the 84th minutes from Ali Crawford.

Four days previous, Saints got their first league win of the season with a victory at Pittodrie.

After their win at the Kilmac Stadium they took on Hibernian at Easter Road and were beaten by a Martin Boyle penalty and saw Jamie McCart sent off. The central defender will miss this weekend’s match through suspension.

Charlie Adam and Danny Mullen will miss out through injury. Leigh Griffiths will be assessed ahead of the fixture with an ankle issue that forced him off against Rangers.

Dundee travel to Perth to take on St Johnstone in the 147th League meeting between the two clubs.

Dundee will be hoping to avenge themselves from the League Cup exit at the hands of the Perth team just a few weeks ago.

The Saints are currently on a four-game unbeaten run against The Dee and all without conceding.

Dundee hold a slight lead over St Johnstone in the head to head records with 58 wins to their 52 but when it comes to playing at Muirton/McDiarmid Park, they hold the advantage by two wins with 26 to our 24.

A new feature on the website now shows the top 5 appearance and goalscorers against each team and against our opponents, Barry Smith leads the way with 26 appearances and Gordon Wallace has proved lethal in front of goal to top the charts with 13 goals.

Out memory match takes us back to September 28th, 1996 when George Shaw scored the only goal of the game away from home to St Johnstone’s 19-game unbeaten run at McDiarmid Park.

Tickets can be bought through the Perth club’s online ticketing system at the link below.

There will be no cash turnstiles on Saturday.