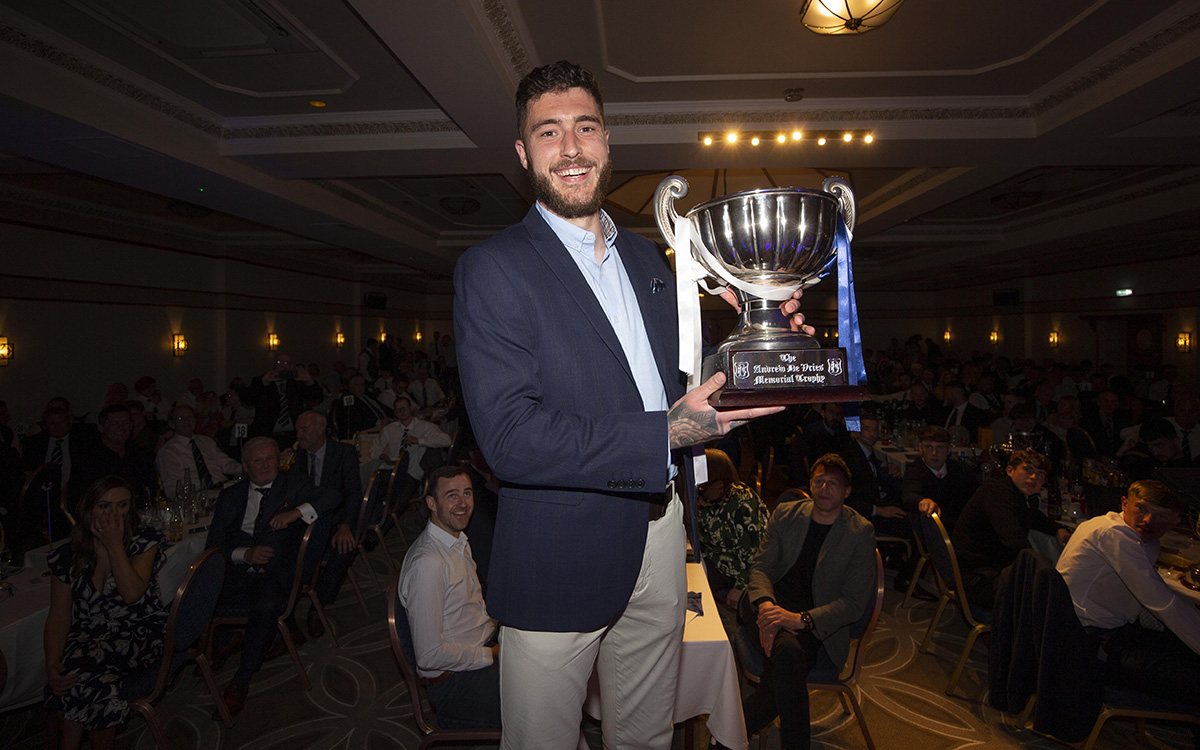 The De Vries trophy is voted for by the clubs supporters and is the official club Player of the Year award. Ryan and Cammy Kerr both picked up a number of individual supporters club trophies with Ryan coming out on top to win the overall award.

Max Anderson was presented with the Isobel Sneddon Young Player of the Year award. It’s the second consecutive win of the award for Max but due to covid restrictions last season, it is the first time he has been able to accept the award on stage.

Goal of the season was awarded to Charlie Adam for his stunning strike at Tannadice.