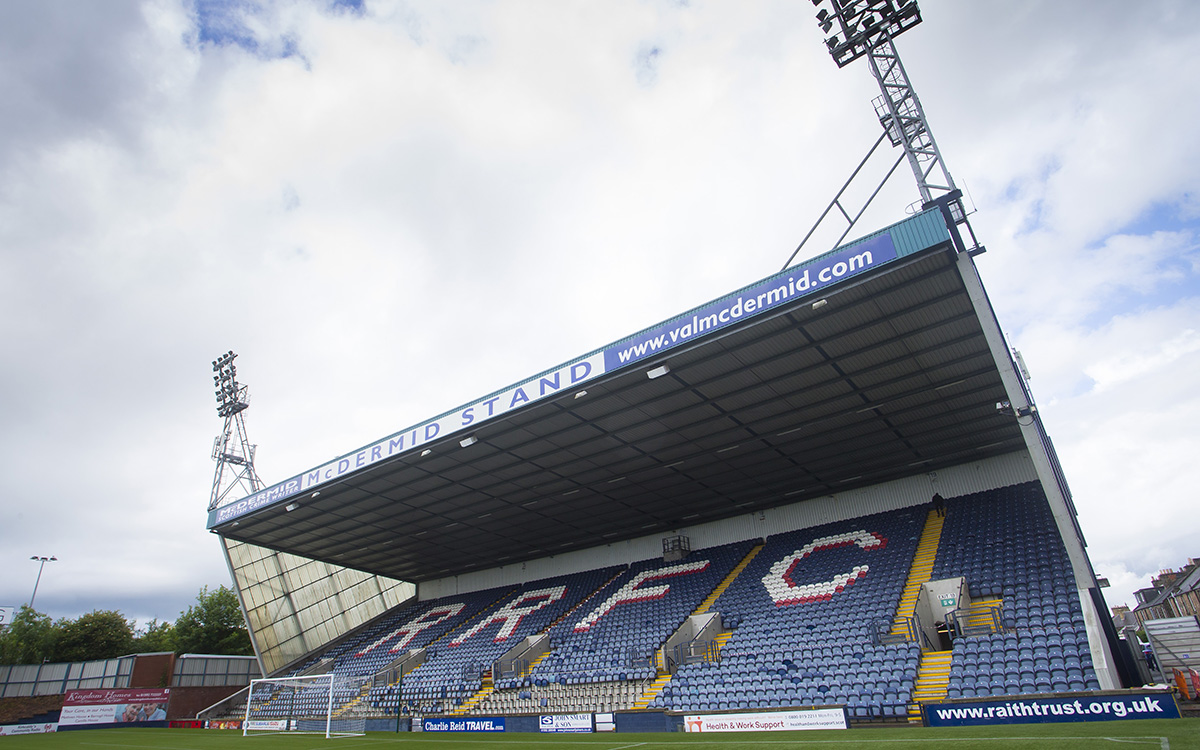 Manager James McPake spoke to the broadcast media ahead of this Saturday’s trip to Stark’s Park.

Raith Rovers have impressed this season under manager John McGlynn who missed the previous fixture between the sides after undergoing surgery. James said, “I’ve been impressed with John throughout the years, with the job he has done as a coach or a manager at other clubs as well. He came onto the pro licence as a speaker when myself and Dave (Mackay) were on that and really impressed us.”

“I’m delighted to see he is back healthy and back in the dugout. That’s a massive plus for Raith Rovers and himself.”

“The job he has done is great and to come up and do what he has done in this division having been in the league below. They will be there or there about come the end of the season, challenging for play off because they are a good side.”

Raith took on Hearts twice in the last seven days with contrasting results. An impressive win in the capital last Saturday saw them return with all three points but Hearts struck back midweek with a 4-0 victory at Stark’s. The manager insisted these games won’t have a bearing on the outcome of Saturday, “Our task is to go there and implement our game plan and carry it out. We believe if we do that we win the game. Equally Raith will be confident after going to Tynecastle less than a week ago and win the game pretty comfortable until the last 20 minutes. I watched it because our game was on the Friday and they were very good. The other night Hearts were very good and that’s the way football goes.”

“They’ll be hurting but they will want to win for their promotions push but it’s about us. I firmly believe that. If we can go there and do what we have been doing over the course of the last couple of months then I believe we will win the game.”

Manager James McPake confirmed that Jordan McGhee will get surgery next week. He left the park against Arbroath last weekend with a pec/shoulder issue.

The place to watch this weekend’s visit to Stark’s Park is www.raith.tv

The game will be available to purchase on a PPV basis and will be on sale from first thing on Friday.

There is no live coverage on DeeTV on Saturday.