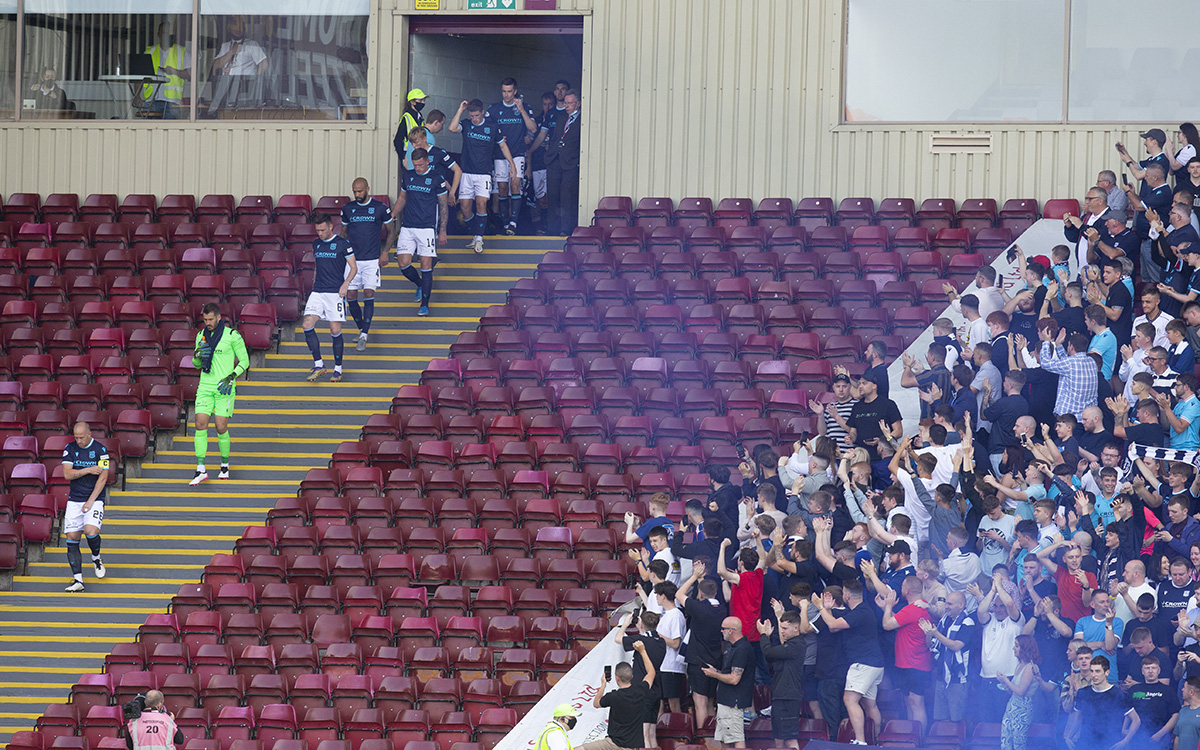 Dundee will travel to Fir Park this Saturday to take on Motherwell, kick off 3pm.

The teams have met 3 times already this season with Dundee winning two of those, a 1-0 win in the Premier Sports Cup and a 3-0 cinch Premiership victory.

Motherwell won last time the teams met at Fir Park thanks to a Tony Watt goal.

The home side are currently on a run of no wins in nine in the league.

Manager Mark McGhee confirmed that Charlie Adam will miss the match when he spoke to the broadcast media on Friday morning.

In addition to Charlie missing out we have recorded two positive covid cases this week.

Those two players will miss out and in addition, some of the close contacts who have been identified within the squad will also miss out due to isolation.

Tickets will be available to purchase from the Ticket Booth at the South Stand on Saturday.

Both cash and card will be accepted.