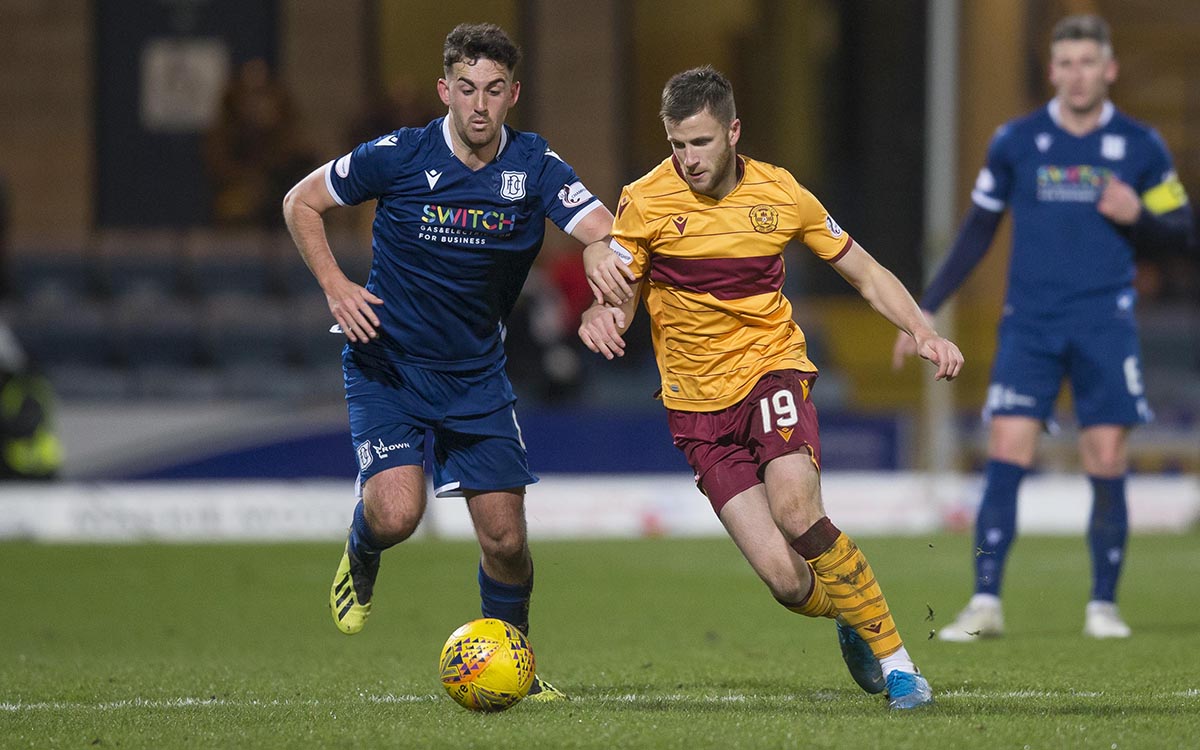 This Saturday it’s a return to Premier Sports Cup action when we face Motherwell at the Kilmac Stadium, kick off 3pm.

James McPake spoke to the broadcast media ahead of the tie and of bouncing back from last weekend’s defeat at Celtic Park, “You get back on the grass on the Monday morning, you work really hard and then you go out and put a performance on in the very next game and show the fans the Dundee team that we saw against St. Mirren and Kilmarnock. Show that the fight and the spirt is still there and it’s not been dented by a performance at Celtic Park.”

A win would see Dundee progress to the Quarter Final of a competition for the first time since 2017. James is keen to put that right with victory this Saturday, he continued, “I don’t think we’ve had a cup run since I’ve been at the club. This is my eighth year and we’ve not had a proper run. We get jealous seeing other clubs having good cup runs and something we said when we got the job is that we wanted to feel this place when we are on a cup run as it could be electric.”

“The cup is massive. It’s a real opportunity to bring some excitement back. To give the fans hope and move onto the next round. We love cup weekends, they are different. There is a different atmosphere and we are looking forward to it.”

“It’s another Premiership club, we know how tough it is going to be. I think it will be similar to the St. Mirren game. It will be two evenly matches teams going at each other.”

Danny Mullen and Cammy Kerr will miss out through injury while Max Anderson sits out the final match of his suspension.

We take on Motherwell in the League Cup for the 22nd time this weekend.

We haven’t faced the Steelmen in this competition since 1976 – that match ending in a three-all draw at Fir Park.
Both clubs are fairly evenly matched with Dundee winning eleven of these games, drawn one and losing nine.
At the Kilmac Stadium, it’s straight down the middle with five games won each by both clubs in ten matches.
Our last defeat from Motherwell in the league Cup happened all the way back in August 1965, the Well winning by two goals to one at home.
Looking back at these matches, one stands out the most and that’s what makes it the memory match for this occasion.
Both teams were paired in the semi-final of the League Cup in 1951/52 and Ibrox Park was chosen as the destination for the club’s to do battle at.
The Dark Blues would finish the match as resounding winner with a 5-1 victory to book their place into the final against Rangers.
Of course, we know how that game ended and as it is the only game to feature out of the group stages between the club’s, could this be an omen for us?
Read more about that 5-1 victory here: Match Details

Tickets are on General Sale both inside the Ticket Office and online now.

Unfortunately clubs are not permitted to sell PPV for Premier Sports Cup second round matches so this is not a service we can offer.

Overseas subscribers will be able to watch on DeeTV.