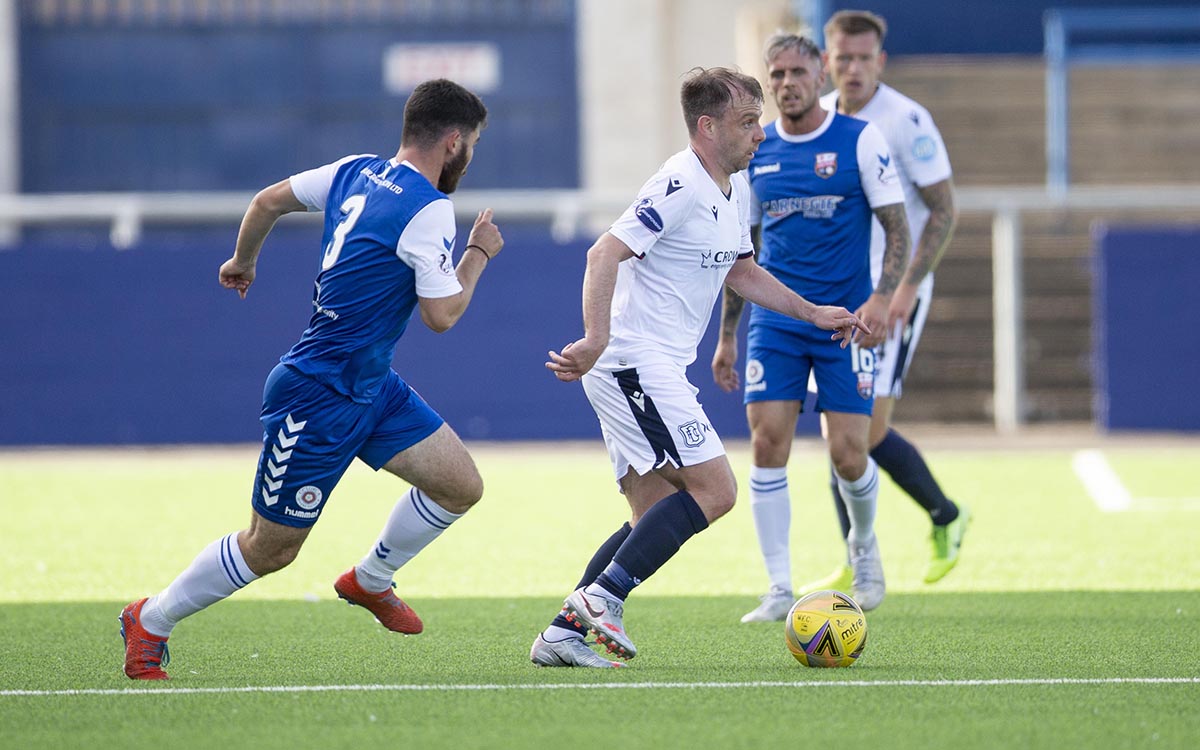 We take on Montrose in the Premier Sports Cup on Wednesday evening at Links Park, kick off 7.45pm.

Manager James McPake spoke to the media ahead of the game, he said, “They are a good side, they’ve shown that over the last couple of years.”

“They are a group that have been together for a while and it will be a tough test for us. We need to go up there and be at it, give everything to get the three points because we want to be playing Forfar on Saturday at home looking to get maximum points from the group.”

“We can only do that if we approach this game in the right manner, which we will, play the way we can and we’ll be OK on Wednesday night.”

Danny Mullen is a doubt but has returned to training.

Dundee head into our League Cup clash against Montrose with a 100% record. The Dark Blues have played the Angus side seven times in this competition, recording seven victories. In the process, we have netted 23 times, conceding just three.

The last time we rode up to Links Park to do battle with Montrose in this competition was way back on the 23rd August 1983.

Dundee were nursing their wounds after being soundly beaten 3-0 away to Aberdeen on the opening day of the season but soon put their woes to bed with a fine win in the 1st leg of this second round tie.

Cammy Fraser inspired Dundee to a 3-1 victory over Dennis D’Arcy’s side with three assists from the right-wing, setting up Albert Kidd, Iain Ferguson and Iain MacDonald to get their names on the scoresheet.

In the 2nd leg, Donald Mackay’s Dundee team had no problem in making sure there would be no upset with a 4-1 victory to win 7-2 on aggregate.

Iain MacDonald got himself onto the scoresheet yet again, twice in fact, as did Iain Ferguson and Walker McCall.

Playing for Montrose in both of these games were ex-Dee players, Les Barr and Chic McLelland.

Stats produced by The Dee Archive, most comprehensive record of Dundee Football Club history available anywhere on the web.

Our allocation for tickets is sold out.

Montrose will be live streaming the match.