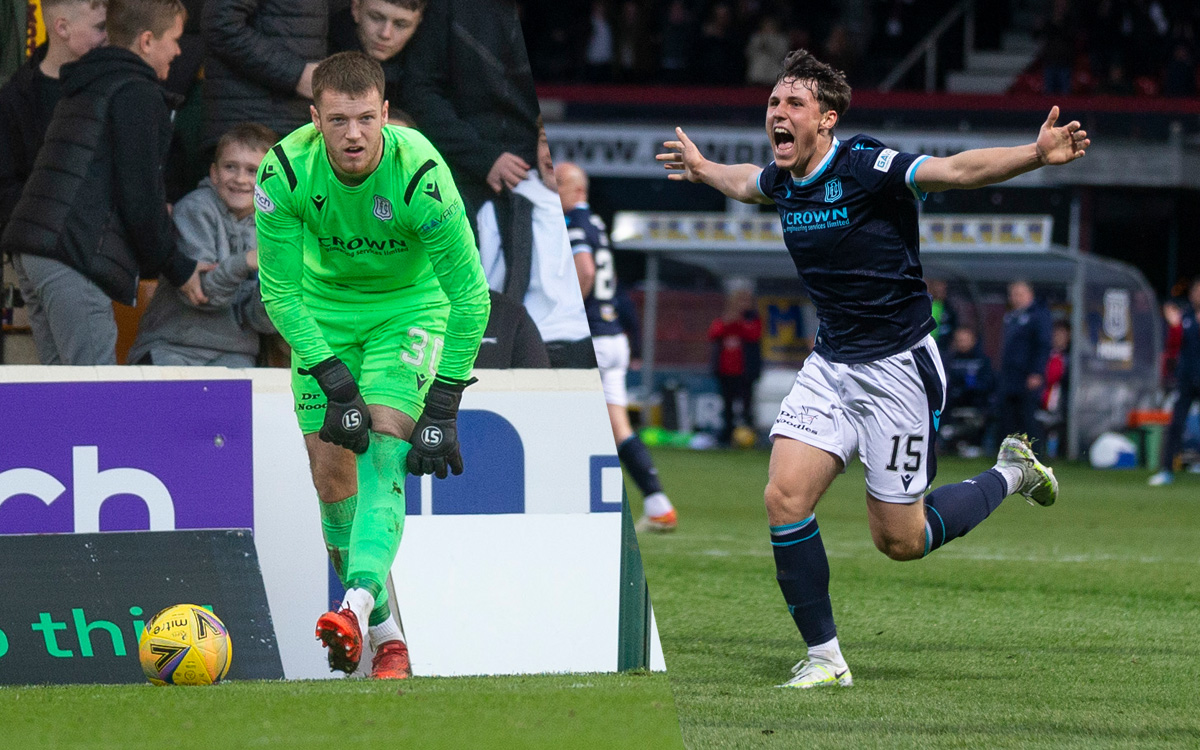 The recent form of Josh Mulligan and Harry Sharp has been rewarded with international recognition as both players have been called up to the Scotland Under-21 set up for the first time.

Midfield Josh returned to the club in January after a successful loan spell at Peterhead and went on to make 13 appearances for The Dee. He found the net three times for the club this season, two of those coming in the final two matches of the cinch Premiership season.

Harry impressed in his seven appearances this season. Initially getting his chance due to Covid and then illness, he made the goalkeeper position his own by the tail end of the season, starting the final four fixtures.

2022/23 is sure to be a big season for both players and the international experience over the summer will stand them in good stead.

The camp is surrounding the Uefa Under 21 Championship matches against Belgium and Denmark which take place in early June.