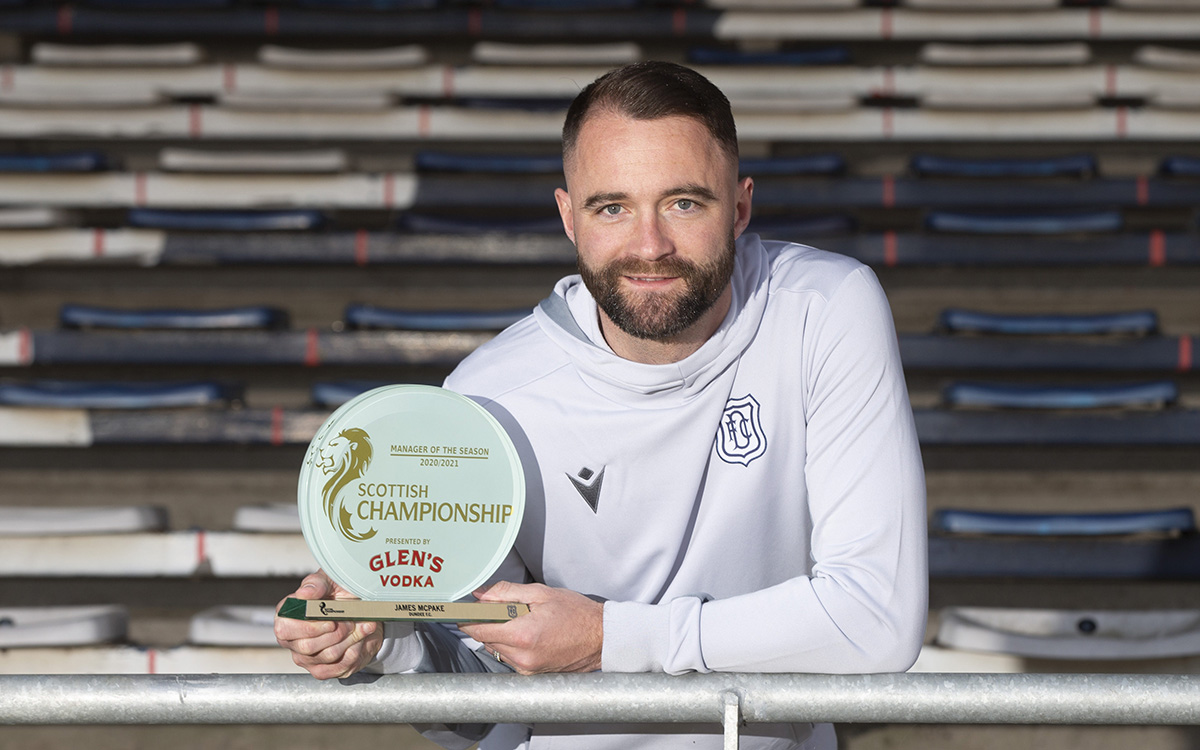 Dundee FC manager James McPake has been announced as the 2020/21 Scottish Championship Glen’s Manager of the Season.

After battling their way into second place in the Championship, the Dark Blues eased past Raith Rovers in the Premiership Playoff Semi’s before securing back-to-back 2-1 victories over Kilmarnock in the Finals.

James McPake’s side is now looking forward to a well-earned break before beginning preparations for the club’s return to the Scottish Premiership next season.

“Dundee really started to get going in the latter half of the season and thoroughly deserved to make it to the Playoff Finals. After bettering Kilmarnock over both legs, the club will unsurprisingly be absolutely thrilled to secure their place in the Scottish Premiership next season. James McPake has done an outstanding job and is the worthy winner of the 2020/21 Scottish Championship Glen’s Manager of the Season award. Congratulations to him and his squad, who I’m sure are all enjoying a well-earned break.”

“It’s a collective award for the coaching staff in particular and all the players who have been fantastic in getting us back to the Premiership.”