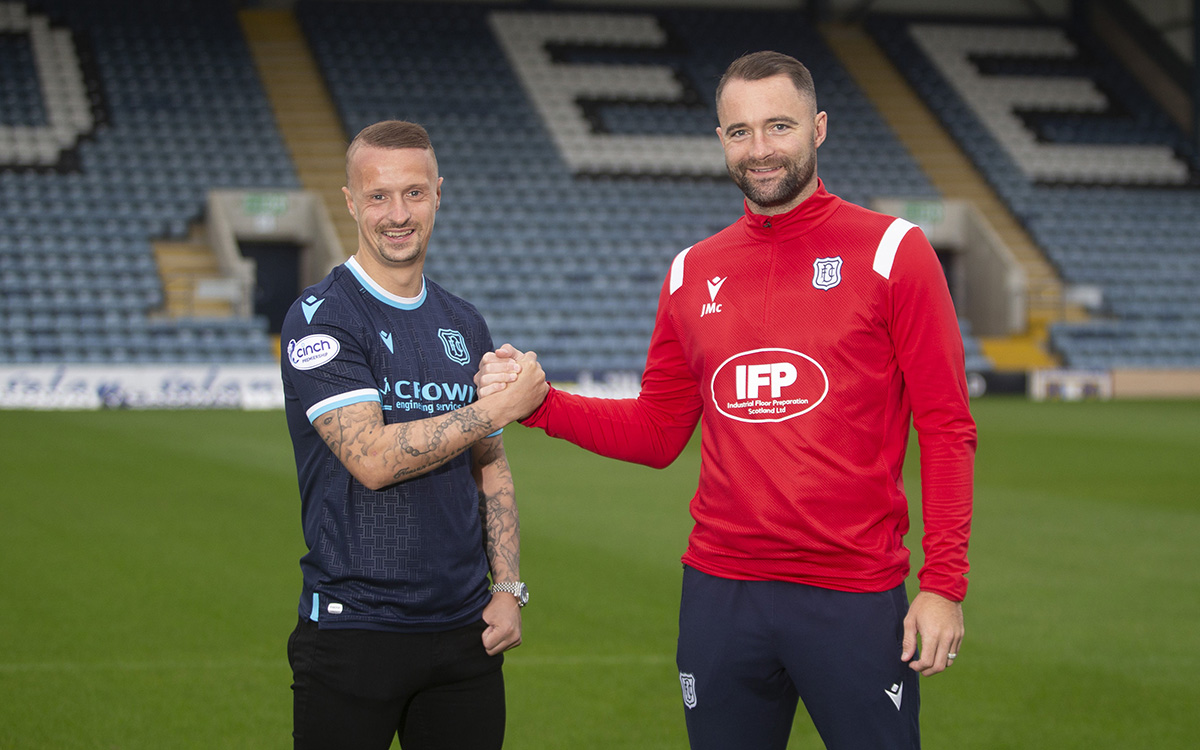 Leigh Griffiths signed a season long loan deal on Tuesday morning to complete his return to the club.

He joins on a season long loan from Celtic and spoke to DeeTV after the deal was complete, he said “I’m delighted. James made it perfectly clear that he wanted me to come here and make an impact and that’s what I intend to do.”

“I’ve always had fond memories of the club. I had a great 18 months here and it’s a place I still came back to regularly if I got the chance. To come back here and play will be great for me and great for the club.”

James McPake was his captain at both Livingston and Hibernian and that played a huge role in Leigh returning to the club. Of his relationship with the manager, Leigh said, “I’ve known James half my life, never mind my career. I’ve know him my full career. He’s been my captain twice at Livingston and Hibs and now he is going to be coaching me. I can’t wait to start work under him and get going.”

There is no game this weekend as it is international weekend. This will give Leigh extra training days with the squad but he insists he is ready to go, “I’ve been training well with Celtic so I’m ready to go whenever called upon. It’s international break so it’s even better for me to get even more training under my belt, see how the lads work, see how the gaffer works and ready for Livingston next week.”