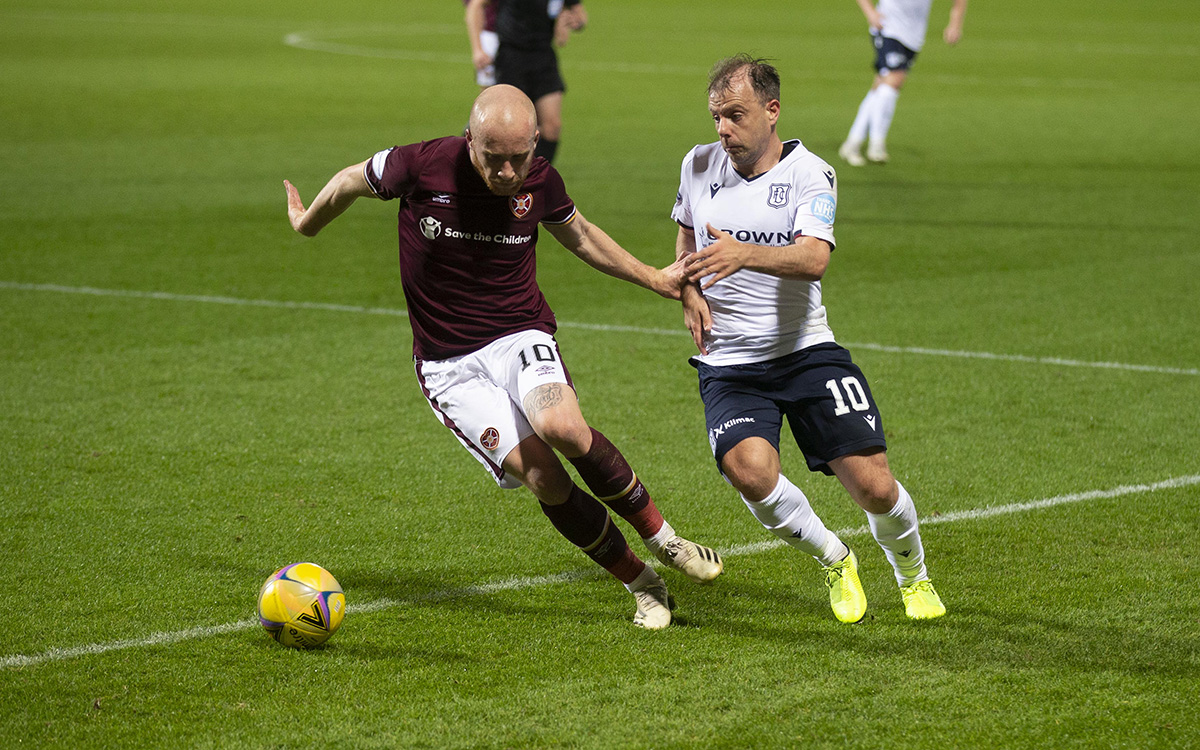 Dundee will travel to Tynecastle for the first time this season on Saturday on the back of a victory against Aberdeen last weekend.

Hearts are currently unbeaten in the cinch Premiership and sit 2nd after an impressive start. Last weekend they came from behind at Ibrox to snatch a draw thanks to Craig Halkett’s 90th minute goal.

The teams both gained promotion from the Championship last season. They met three times during that campaign with Hearts winning twice and Dundee winning once.

Shaun Byrne will miss out and will be assessed by a specialist on Monday following his injury last weekend against Aberdeen. Alex Jakubiak also remains out.

Saturday will mark the 230th time Dundee and Hearts have gone head to head in the league.

In the previous 229 matches, Dundee have been victories 73 times and been defeated on 105 occasions. 52 of these games ended in a draw.

This will be the 115th time we have played at Tynecastle in any league and it’s not surprising that Hearts have the better record on their own home ground.

The Jam Tarts have won 68 times compared to our 22 victories.

Doug Cowie and Barry Smith both share the honor with most appearances in the league against Hearts, facing them 23 times.

Robert Hamilton, who played for Dundee between 1910 and 1913, tops the goalscoring charts against the Edinburgh side with 10 goals in 7 matches.

Our memory match goes back to our first game against Hearts in the 1998/99 season at Tynecastle.

After a run in with the Hearts squad during an end of season trip abroad, the Dundee players used what was said to them from their gloating rivals to kick start their season of dominance over the Gorgie side with a fine 2-0 victory.

Dariusz Adamczuck was the goalscoring hero with two fantasy goals to take the points back up the road to Dundee.

James Grady and Robert Douglas both reached milestones in their Dundee careers by playing for the Dark Blues for the 50th time.