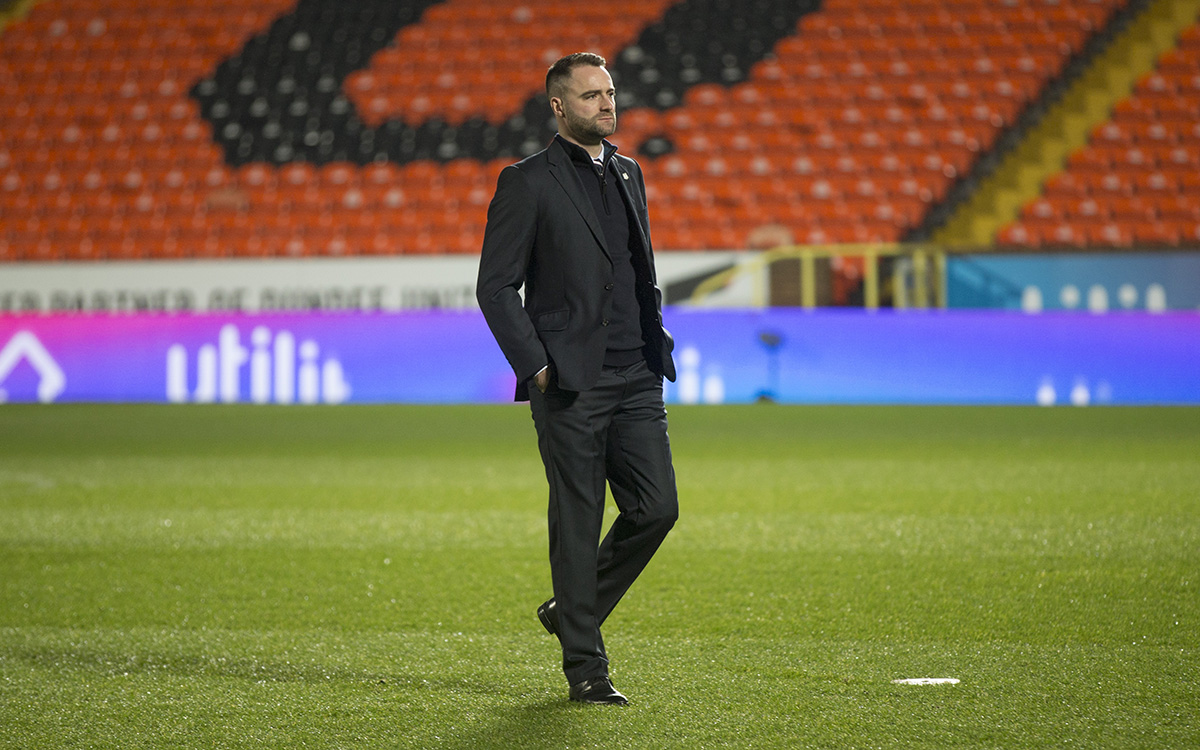 James McPake spoke to the broadcast media ahead of this Sunday’s derby at Tannadice and told them how much he and his players were looking forward to walking down the street to face Dundee United.

He said, “It’s a big game for the fans. A massive game for the players and the city. We’ve missed it, of course we have. When the fixtures come out they are the first games you look for because they bring added excitement. The whole week is consumed by the derby and we can’t wait.”

“We’ve prepared well, we are looking good and it can’t come quick enough. It bring the excitement back to the city that has been missing for the past year.”

“It’s games like this that you relish. It’s the one you look for when the fixtures come out.”

“I’m looking forward to the walk down there with our sold out allocation and a full house. The atmosphere will be electric.”

Danny Mullen miss out through injury.

This Sunday will see the 176th competitive Dundee Derby which will take place at Tannadice Park.

Dundee will be looking to claim their 50th victory over our neighbours while they will be going all out to add victory no. 83 to their record. In total, there has been 44 draws between the clubs.

Our away record against the ‘Terrors’ has seen us only come away as victors 22 times in 86 attempts. 24 of those have been stalemates while the remaining 40 matches have been in United’s favour.

Dundee will of course be looking to banish the unwanted record of not winning at Tannadice since 2004. Since that match in August ‘04, we have played nine times at their ground, we have been held to a draw five times and been beaten on four occasions.

Our memory match is an easy one to go to.

A match that United basically dominated but they were kept at bay by the excellent Robert Douglas in the Dundee goal who beat away everything that was thrown at him on the pitch, and even from the stands!

James Grady would smack home a thunderbolt against the run of play to win it for a Dundee win.

Have a look at the match profile, read the Courier match report and if you have a spare ninety-minutes, watch the whole game by clicking on the link below!

Our initial allocation of tickets for Sunday’s Dundee derby has now sold out.

Dundee United have informed us that they have made a small remaining amount of tickets for the away section available now for Dundee supporters.

They can be purchased now from the following link – click here

The match is live on Sky Sports, coverage begins at 11am.

International DeeTV subscribers will be able to watch live.