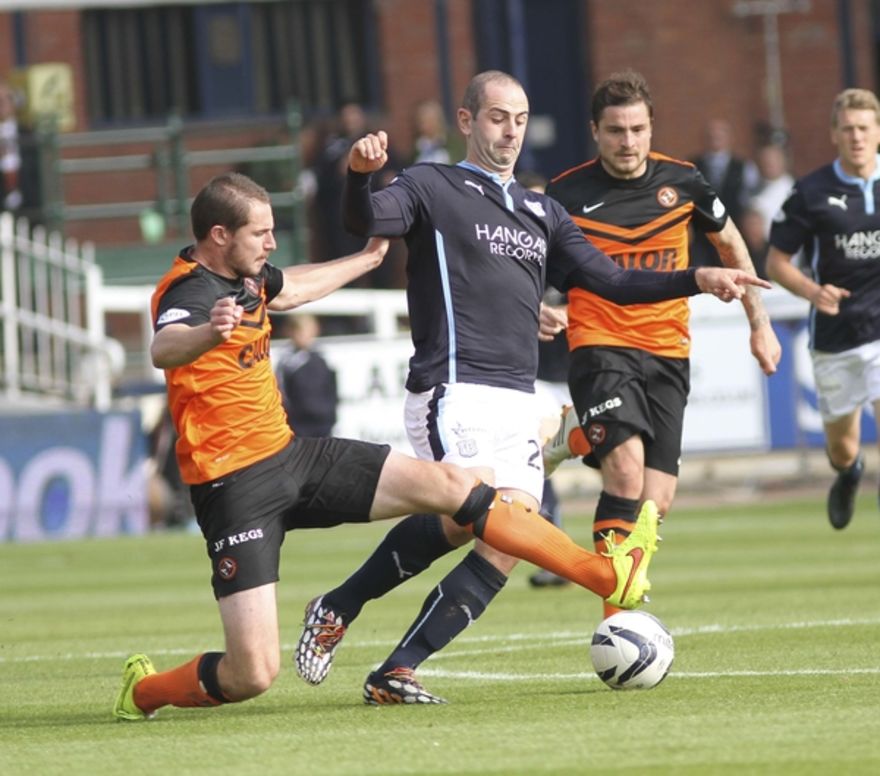 Dundee will start 2015 with a short trip down the street to face Dundee United at Tannadice this Thursday, kick off 12.15pm.

Paul Hartley’s men come into the match on the back of defeat to St. Mirren and will look to start the new year with victory at the home of our greatest rivals.

The team’s have already met this season at Tannadice with United grabbing an injury time winner after Dundee had battled hard with 10 men for the majority of the match.

Dundee look set to be without Simon Ferry, Kevin McBride and Scott Bain through injury and Paul McGinn will miss out after being sent off in the 3-1 defeat to St. Mirren last Saturday.

SUPPORTER INFORMATION
The match is a sell out.

Tayside Police has issued the following statement ahead of the match –

Ahead of the Dundee derby on New Year’s Day, Police Scotland is advising fans to plan ahead for their journey to the match.

The fixture between Dundee United and Dundee FC is anticipated to be busy, with over 13,000 fans expected to attend the sell-out match at Tannadice Park on Thursday.

Match Commander, Chief Inspector Conrad Trickett said, “We expect the match between the two Dundee sides to be well attended and the supporters to be good natured, as they have been previously.

“The fixture is a sell-out and we urge people to plan their travel arrangements well in advance, as the availability of public transport will be significantly reduced and there will be limited parking near to the ground. To make sure you get the most out of this highly anticipated event, please allow extra time for your journey, so that you get there well before the game starts at 12.15pm.

“With the early kick-off and given that the match is shortly after Hogmanay, people planning on driving to the game should also make sure they are fit to drive following the previous evening’s celebrations and be mindful of the new drink-drive limit.

“For fans who have transport pre-booked, they are reminded that alcohol is not permitted on buses travelling to or from the fixture and appropriate action will be taken if offences are committed.

“Additionally, I would remind those attending that anyone arriving at the stadium drunk will not be allowed entry and may well be arrested.

“We want to ensure that everyone enjoys the game in a safe environment and officers will be working with partners throughout the stadium to minimise disorder and antisocial behaviour, to keep people safe.

“We know the vast majority of supporters and their families will be there to enjoy a great match and will do so responsibly.”