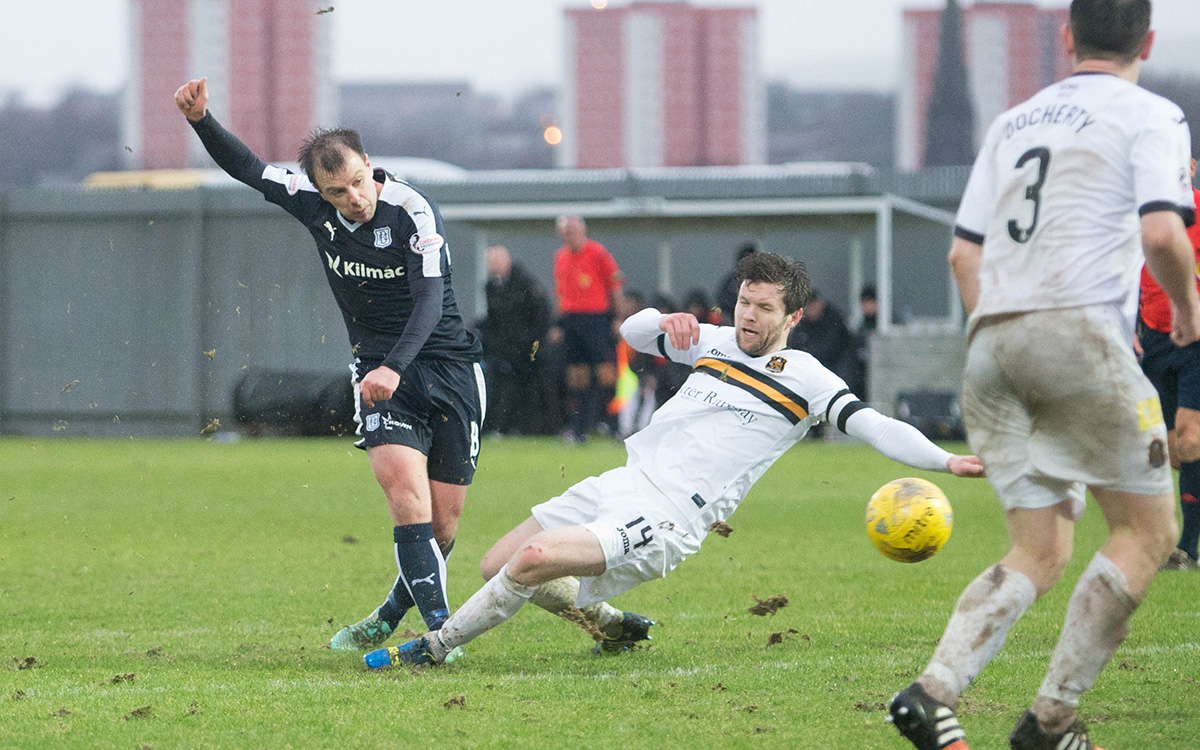 It’s a break from cinch Premiership action this weekend as we face Dumbarton in the Scottish Cup on Saturday, kick-off 3pm.

The League One side currently sit second bottom but earned a hard-fought victory last time out against East Fife and will be looking to build on that.

James McPake’s men will be looking to get back to winning ways at the C&G Systems Stadium.

The teams met as recently as 2016 in this competition with Dundee winning the replay 5-0 after a 0-0 draw in Dumbarton.

Ryan Sweeney returns after missing the Livingston game through suspension. Jordan Marshall will miss out after leaving the pitch with injury while Cillian Sheridan and Lee Ashcroft remain long-term injuries.

This will be only the fourth time we have faced the Sons in this competition.
Our first battle with them happened back in 1993 when a Billy Dodds goal and a penalty from Danish fan favourite Morten Wieghorst sealed our win in the third round.
Our most recent ties were back in 2016 when Dumbarton held the Dee to a 0-0 draw at the Dumbarton Football Stadium but In the replay 17 days later, the Dee made no mistakes with a resounding 5-0 victory at Dens.
Over the course of these three ties, we have scored seven and have yet to concede to Dumbarton in the Scottish Cup.
Onto the actual competition itself.
We all know our history in this cup with most not wanting to be reminded of our lack of success.
It is, however, our 363 appearance since our first ever game in the Scottish Cup on the 23rd September 1893.
Unfortunately, it ended up in a 4-2 defeat at the hands of Strathmore.
A win on Saturday will be our 160th in this competition.

We will have live updates on our Twitter page during the match with a full match replay, highlights, and post match interviews on DeeTV after.

The home side have a PPV package available, for more information – click here