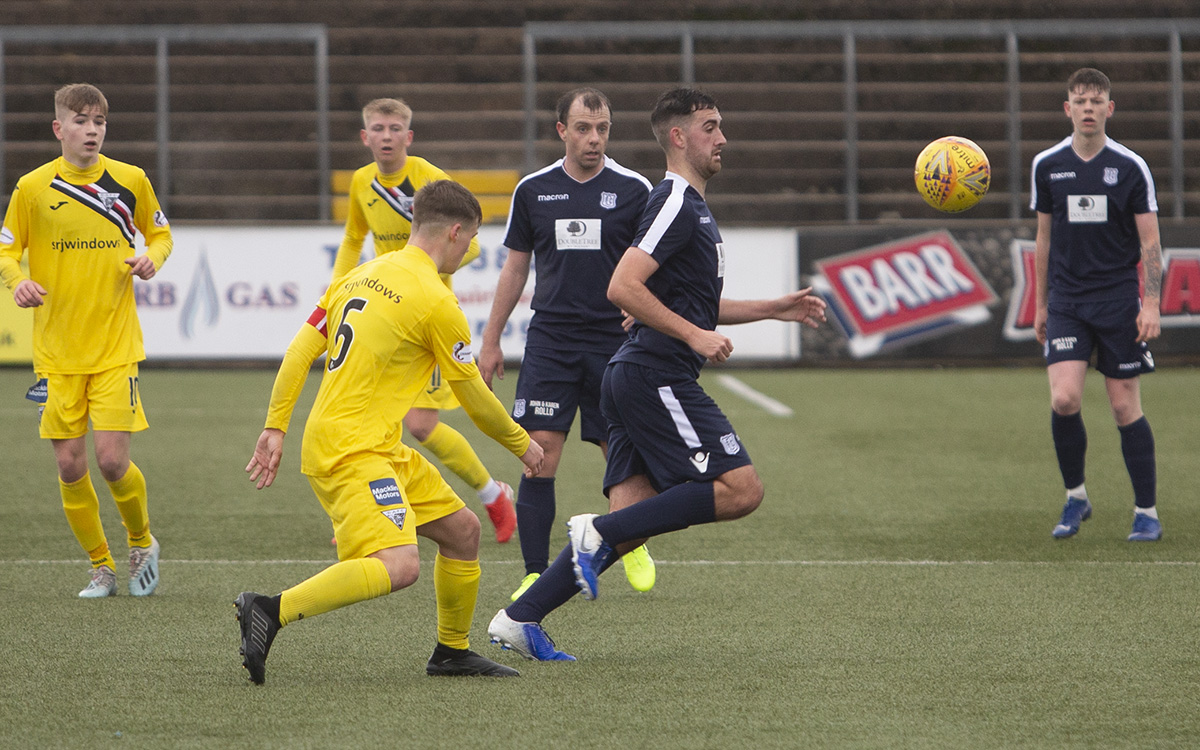 Dundee drew 1-1 with Dunfermline Athletic in the Reserve Cup Group stage this afternoon at Station Park.

Danny Johnson gave Dundee the lead after three minutes and Dunfermline levelled in the second half through Thomas Bragg but the match was overshadowed by an injury to defender Sam Fisher who was stretchered off in the second period.

It was a Dundee side that included first teamers Johnson, Paul McGowan, Shaun Byrne and Callum Moore.

After just three minutes Fisher turned a corner towards goal and Johnson met the ball from close range and turned high into the net.

Dundee had the best of the first half chances as they looked to extended their lead.

Firstly, Johnson again came close, he was played down the left and lifted the ball high over the Pars keeper but it dropped just wide of the far post.

Next up it was striker partner Michael Cunningham who was slipped in by McGowan but his shot across the face of goal was wide.

Dundee were forced into a change at half time with Luke Strachan ill, he was replaced by Josh Mulligan.

There was little second half action with Dundee replacing their experienced players after an hour.

With around 15 minutes renaming Fisher went over in his own box and was clearly in pain. He had to leave the park by a stretcher.

Dunfermline found an equaliser after 85 minutes, Bragg headed home from a corner.

Deep into stoppage time Dundee were inches away from finding a winner. Cunningham smashed a shot off the underside of the bar with the last kick of the ball.

The match went to a penalty shootout for a bonus point and Dunfermline won that after saves from Ben Swinton.