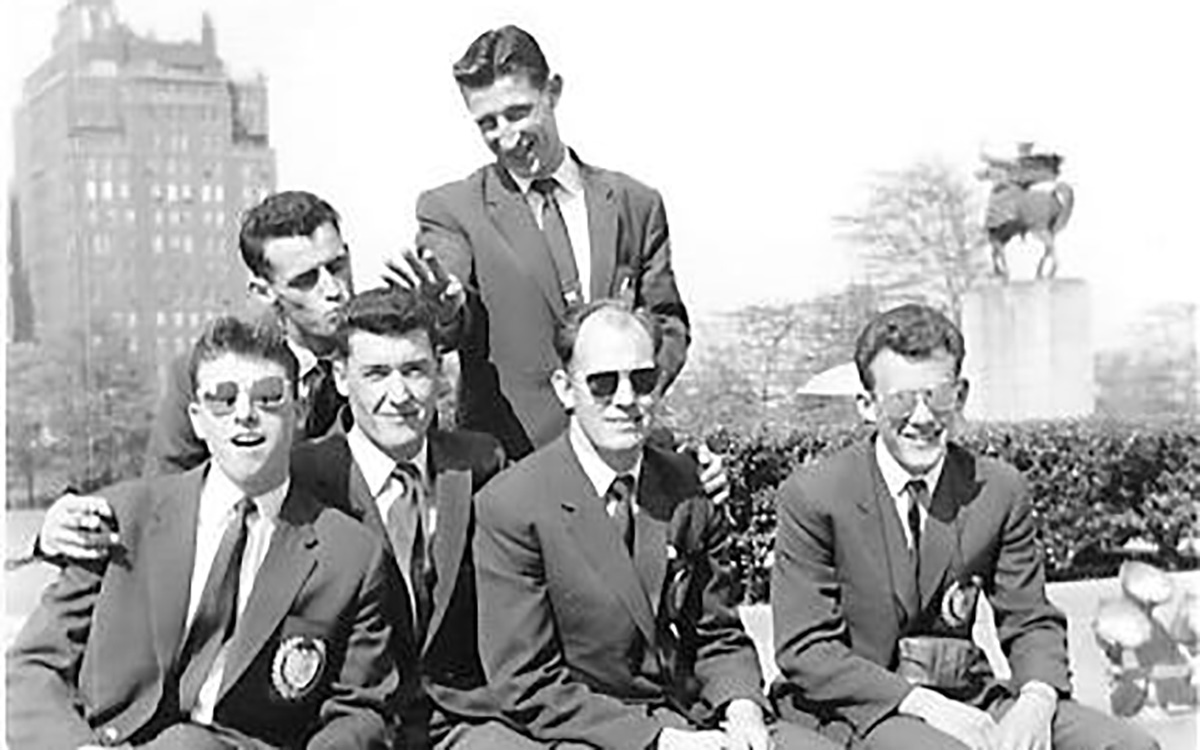 Sixty-one years ago this month, Dundee embarked on a four week end of season tour to North America where they took part in exhibition matches against American, English and Polish opposition. The ten game trip involved visits to New York, St Louis, Chicago, Detroit, Philadelphia, Toronto and San Francisco and was a fabulous experience for the club both on and off the club.

Dundee had been regular tourists since the war and had visited West Germany, Austria, Italy, Denmark, Sweden, Belgium, Israel, Turkey, South Africa, and France but this would be their first visit to the United States and Canada. The tour was being organised  by the American Soccer League and it was hoped that if the tour went well that a similar invitation would be forthcoming from the Canadian Soccer Association.

In a letter to the players, Willie Thornton expressed his “appreciation for the great effort” in the season just ended and laid out his hopes for the tour.

“Players are reminded that while the tour will be a wonderful holiday, the prime purpose is to play football and by winning matches add prestige to the good name of our own Club and Scottish football in general. The management hope that the opportunity which the players will have in the course of this tour to get to know each other better will lead to a more successful season next year.”

The party left Dundee West Station on May 13th to travel to Glasgow where they had dinner at the George Hotel before heading to Prestwick Airport for the 10.30pm flight to New York. The ‘Big Apple’ was to be their base whilst in the States and their headquarters was the Paramount Hotel on West 64th Street.

After two days acclimatising in New York the Dark Blues travelled three hours by train to Providence, Massachussetts where they would stay overnight before a short drive to face Fall River in their first game. A hat-trick from Jimmy Bonthrone got The Dee off to a 3-1 winning start and it was off to Philadelphia next to take on Uhrik Truckers.

The Truckers were an American-German soccer club who were one of the founding members of the American Soccer League and the Dark Blues romped to a 7-2 victory thanks to goals from McGeachie, Hugh Robertson, Bonthrone (2), Tommy Robertson, Hill and a penalty from skipper Doug Cowie.

Dundee then returned to New York for their next game where they face fellow tourists West Bromwich Albion at Ebbets Field, the home of the Brooklyn Dodgers baseball team In front of crowd of 21,000 an entertaining game ended 2-2 with Dundee’s goals coming from. Henderson and Tommy Robertson and The Baggies goals coming from a Ronnie Allen brace.

The sides would meet twice more in the next 12 days in Canada with West Brom winning both; 7-1 in Vancouver (Doug Cowie scoring from the spot for The Dee) and 4-2 (Ally Hill netting a brace). Those 13 goals against Dundee were amongst The Baggies 59 goals in their nine tour games in a side that included a young Bobby Robson.

Between the first two West Brom games The Dee flew to Missouri to face a St Louis Catholic Select and in a one sided game triumphed 7-0 thanks to four goals from Tommy Robertson, Bonthrone’s sixth goal of the tour, a Jummy Gabriel penalty and an own goal from Donovan.

At the start of June the Dark Blues flew down to San Francisco to face the North California All-Stars where they had an emotional reunion with former Dee Billy Steel. Steel had moved to California after leaving Dens Park in 1954 and had played and managed the Los Angeles Danes and he travelled north to meet up with his former team mates at the Hotel Richelieu.

Steel also came to the game and saw The Dee win by six goals to two with the on fire Bonthrone getting his second hat-trick of the trip, a brace from Alan Cousin and a goal from Hugh Robertson.

From there the Dundee party flew up to Toronto for the third West Brom game and then took an overnight Pullman sleeper train back to Chicago to face a Chicago XI on June 7th. In front of a crowd of 7,000 Alan Cousin scored the only goal of the game and the following day caught the railroad again, this time to Detroit.

There in ‘Motor City’ the Dark Blues faced the St Andrews Scots, a team from the city’s St Andrew’s Society and they surprised Dundee with being an athletic and skillful side. Twice the Scots took the lead and twice The Dee drew level through Ally Hill and a Doug Cowie penalty before finally taking the lead and getting the winner from Bonthrone.

It was back to New York for the final game on Sunday 14th June to face another touring side Legia Warsaw. Legia were the first Polish side to tour America and would score 40 goals in their eight games and against Dundee they netted a treble in an entertaining 3-3 draw. Dundee’s goals came from an Ally Hill brace and an Alan Cousin strike and the tour ended with six wins, two draws and two defeats with 35 goals scored and 23 conceded.

More importantly it allowed the players to bond, with plenty of downtime and opportunities for sightseeing and the tour was considered a success both on and off the park. Six of the tourists would return to America again three years later for the 1962 New York Tourney and by then they were Champions of Scotland. 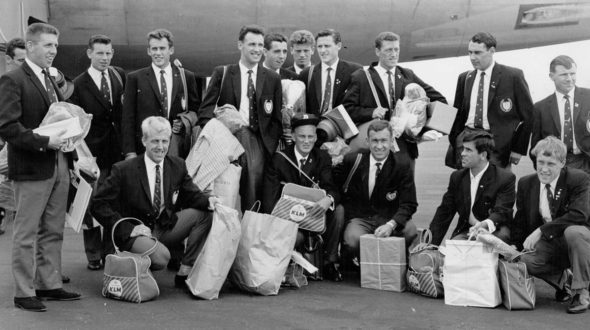