Defeat at Celtic Park for Dee 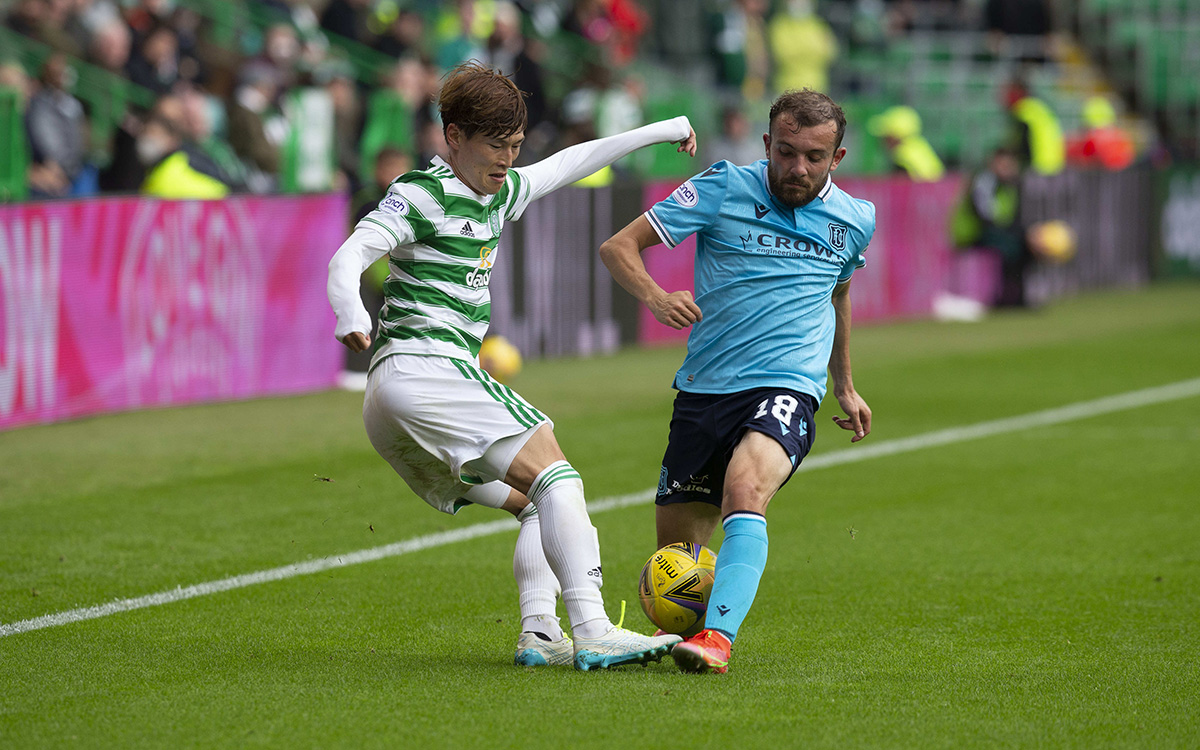 Dundee’s first away game back in the Premiership ended with a 6-0 defeat against Celtic at Parkhead. Kyogo Furuhashi scored twice in the middle of the first half and Tom Rogic made it three shortly after the restart. After Furuhashi completed his hat-trick Celtic wrapped the game up with late goals from Anthony Ralston and a penalty by Odsonne Edouard. Jordan Marshall was red carded for conceding the penalty.