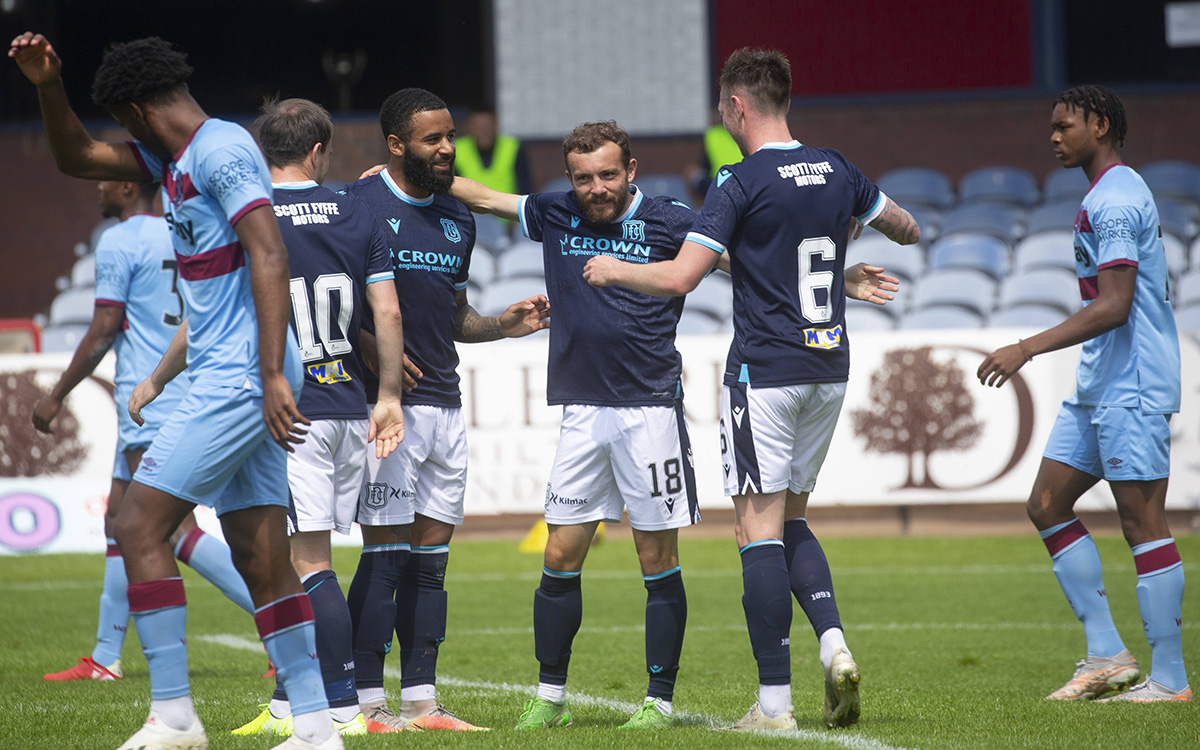 Dundee completed an undefeated pre-season campaign with a 2-2 draw at the Kilmac Stadium against West Ham United of the English Premier League. The Dark Blues put in a hard shift to cope with their English guests but it was the Hammers who had to fight back from a two goal deficit to earn a draw. Charlie Adam gave the Dee an early lead and substitute Paul McMullan had been on the pitch for only a few seonds when he made it two shortly after half time. West Ham fought back with a quickfire pair of goals from Jamal Baptiste and Jarrod Bowen, from the penalty spot, midway through the second half.