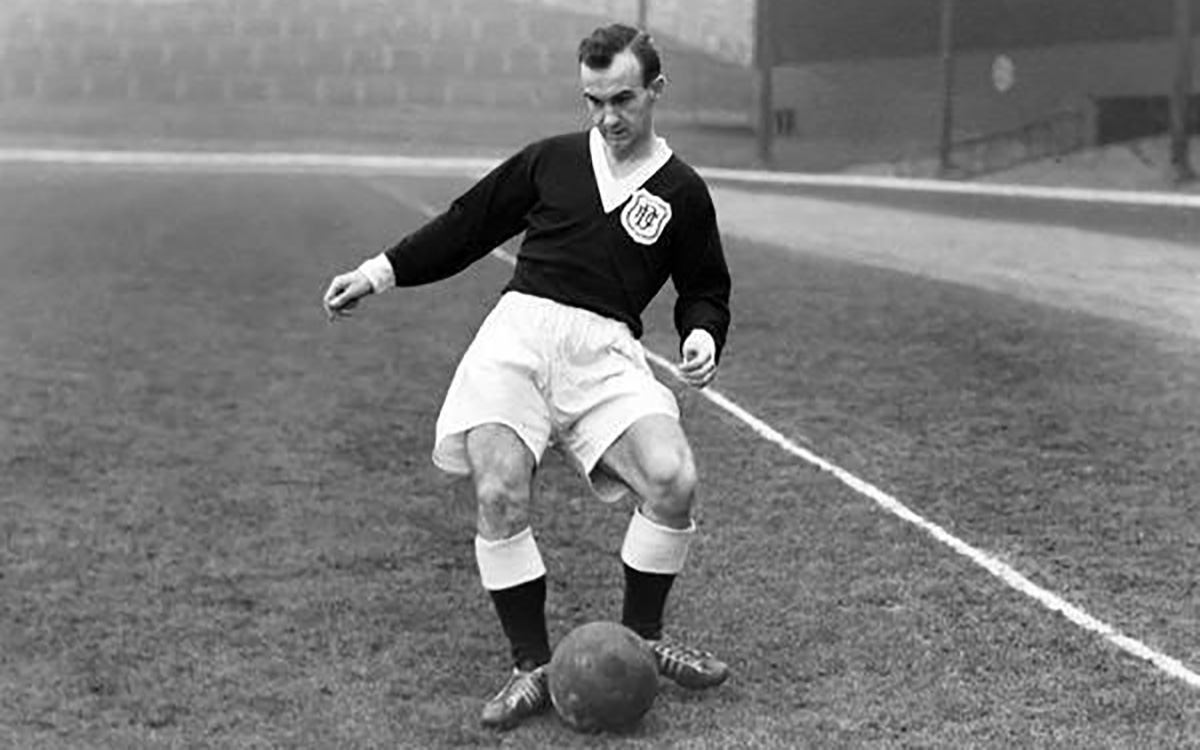 It is with great sadness that Dundee Football Club have learned of the passing of former player David Sneddon aged 84 on Christmas Eve.

Davie started his senior career with Dundee after being signed by Dundee manager George Anderson from Junior side Kilwinning Rangers in 1953. When Davie joined the Dark Blues a certain Billy Steel held his favoured inside-left position and so had to patiently wait to left until both Steel and Anderson left Dens Park to make his debut under Willie Thornton on March 19th, 1955 in a 4-1 home win over Stirling Albion.

Davie made just one appearance again in the 1955/56 season and the following year scored his first goal for the club in a 3-1 home win over Motherwell on April 8th.

The following season saw Davie finally established himself as a first team regular scoring six times in 25 appearances playing alongside such Dundee legends as Doug Cowie, Bill Brown, Bobby Cox, Alan Cousin, Alex Hamilton, Hugh Robertson and Pat Liney. The 21-year-old became an influential figure in the ‘Thornton Babes’, where the seeds of the title winning side were sown and the following season was joined in the team by Ian Ure and Andy Penman.

However the 1958/59 season would be Davie’s last at Dens where he missed just two matches and scored seven times in 39 appearances, including a hat-trick in a 3-2 home win over Falkirk on December 27th. The busy, stylish inside-forward struck up a good partnership with Alan Cousin as the Dark Blues finished a credible fourth in the League but a disastrous third round exit at Fraserburgh in January meant a lack of income from a Scottish Cup run.

In addition to Dundee’s average attendance of 11,500 was half of the 1951/52 average so the directors looked to raise money from the sale of players and in April Davie was sold to Preston North End for £12,000, making his debut for the Lilywhites against Tottenham Hotspur in a 2-2 draw.

His last game for The Dee was a 2-1 win over Hibernian at Easter Road and after two years at Deepdale the Scotland Under 23 internationalist moved Kilmarnock for a fee of £17,000 where he won the Scottish League championship in 1965, scoring the opener in a 2-0 win over Hearts at Tynecastle where the title was secured on goal average.

He would later manage Kilmarnock from 1977-1981 and in 2014 received an MBE in the Queen’s Birthday Honours List for services to the Kilmarnock community and Kilmarnock Football Club.

The thoughts of everyone at the Kilmac Stadium is with Davie’s family and friends at this sad time.