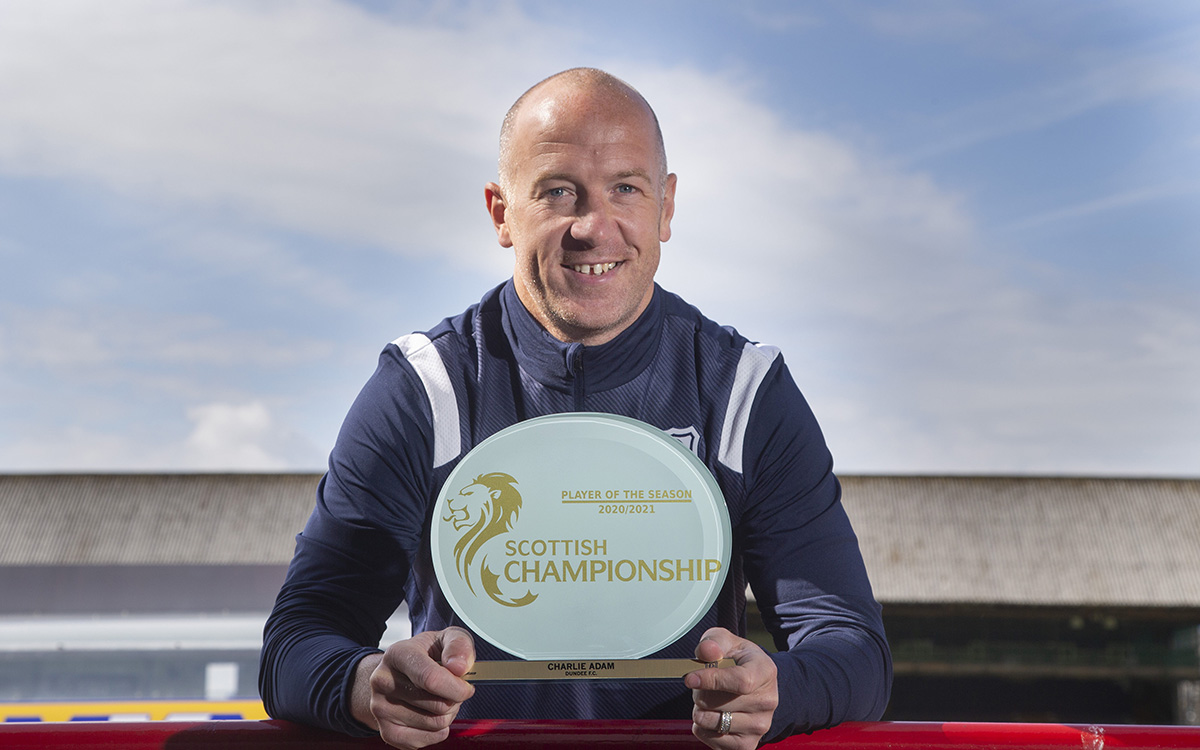 Charlie Adam has been awarded the Scottish Championship Player of the Season for 2020/21.

Midfielder Charlie joined the club last summer and was influential as the club returned to the Premiership through the play-offs.

He made 32 appearances throughout the season, scoring 7 goals including one in the Premiership play-off final first leg against Kilmarnock at Dens.

His first strike came on the opening day of the league season away to Hearts and he added further goals against Raith, Alloa and Cove by mid November.

Goals against Dunfermline, Arbroath and Kilmarnock followed but it wasn’t just his goals that caught the eye. His assists, particularly those in victories over Hearts and Raith Rovers highlighted his talent and the reason he has been selected by the league to win this award.

The club were informed that Charlie had won the award after the play-offs but he picked it this morning as he joined his team mates in returning for pre-season training.