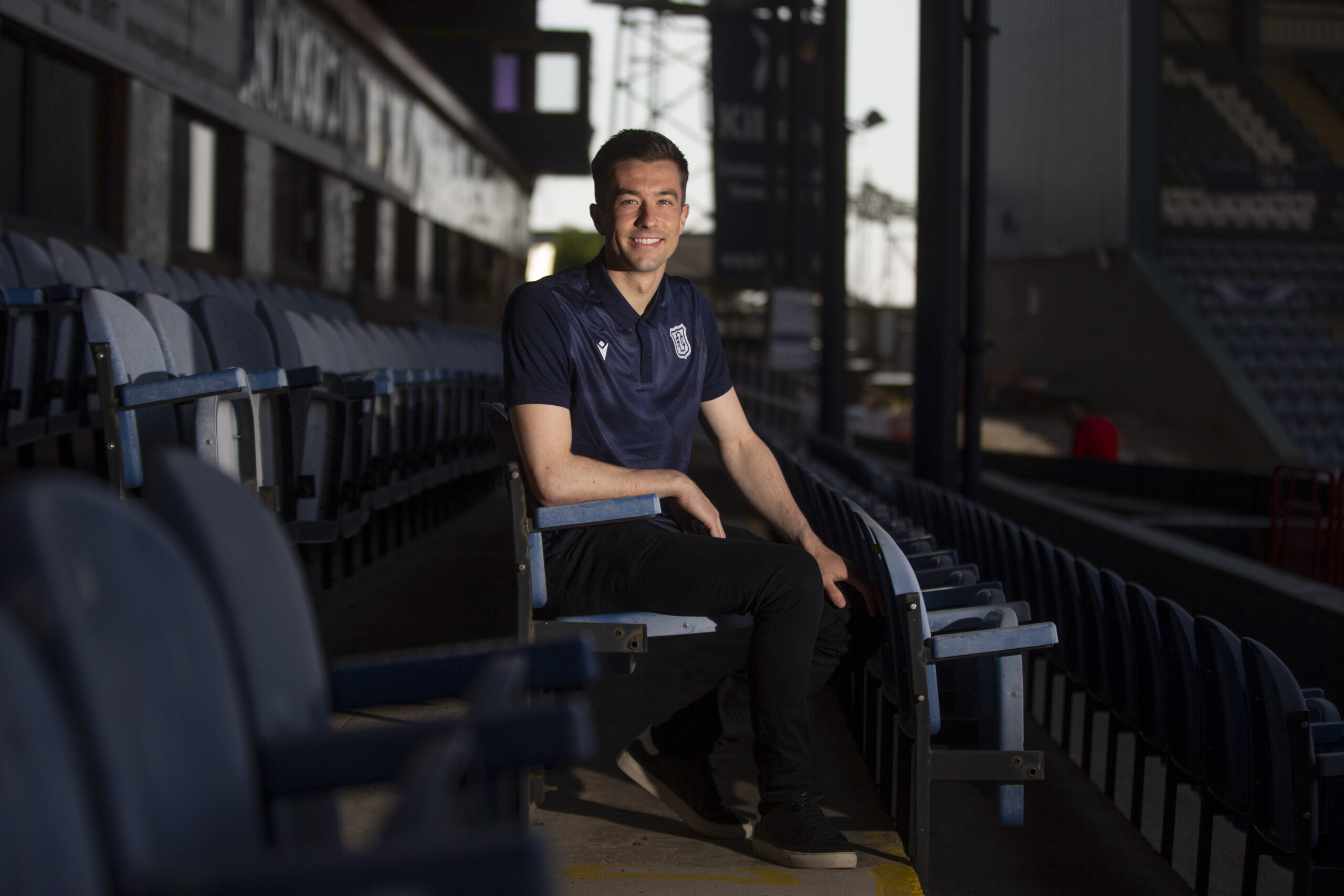 Dundee Football Club are delighted to announce that Cammy Kerr has today put pen to paper on a new two year deal.

Cammy has been a feature in the first team at Dens Park since 2013 having progressed through the youth ranks with the club.

Separately, the club has agreed to apply to the Scottish FA for approval of a testimonial match to recognise Cammy’s long service, most likely in season 2022/23 and a testimonial committee will, we understand, be formed in due course.

Cammy said after signing his new deal, “I’m absolutely delighted. When something means so much to you, to sign again was a no brainer.”

“Last Monday was probably the best night of my life up to now, to do it in the manner we did it was incredible, there won’t be many nights that top that Monday.”

“The squad we have is so close knit with everyone working together alongside the staff it can only run well for the future.”

“Everyone says about living people’s dream but I’m getting to do something I could genuinely only dream of when I was younger.”

“Don’t get me wrong there have been so many ups and downs, that’s part of football, but I’m getting to play for the team I love. There will be plenty more journeys along the way but I’m just so proud to play for this club and it means the world to me.”