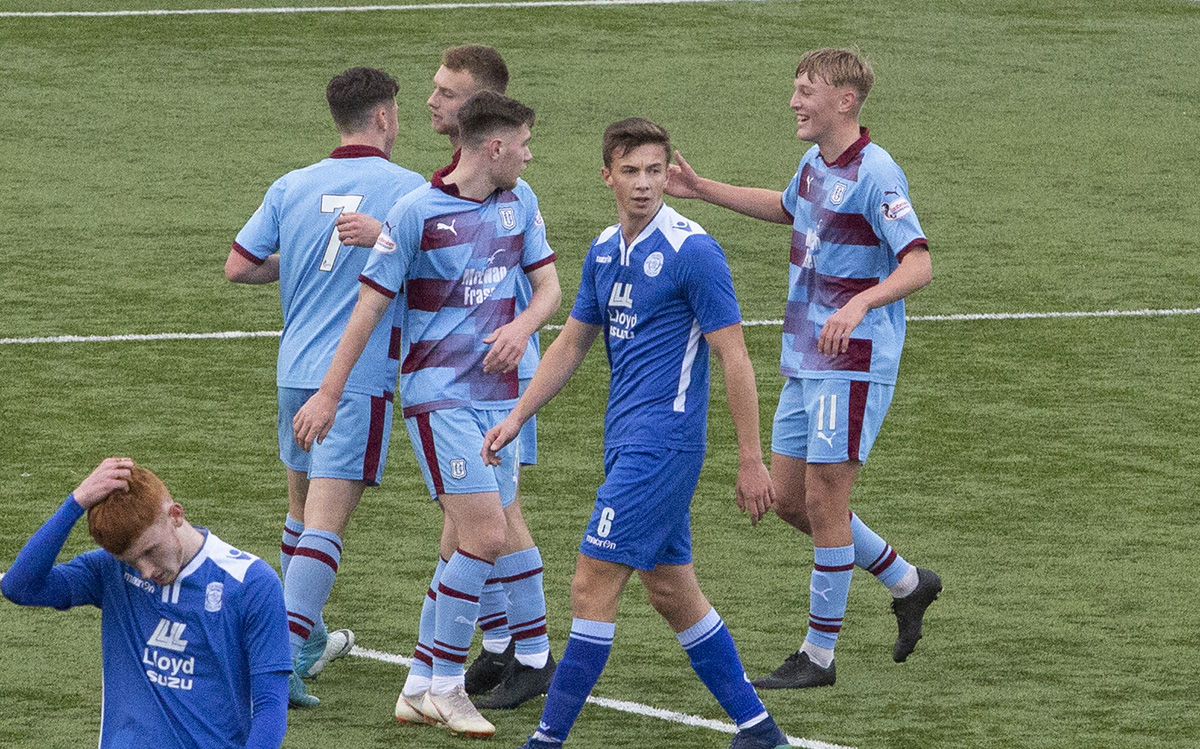 Dundee’s involvement in the Reserve Cup came to an end despite completing back to back wins with a win away to Queen of the South today.

Only one side progresses from the group and with Motherwell already chalking up four wins out of four the outcome was complete before the match began.

The home side had the first effort with their only really chance of the half after just seven minutes, Robbie Ivison curling wide of the far post after cutting inside from the left.

From then it was all Dundee in terms of chances as the young Dee side controlled the match.

Max Anderson gave Dundee the lead after 24 minutes when he got on the end of a lovely Josh Mulligan through ball and placed his shot into the net.

Brian Rice came close to doubling the lead when he forced the Queens keeper into a save at the near post just after the half hour. Cedwyn Scott also had a number of efforts from distance before the half was out.

Queens has a chance to level the score early in the second half but despite being unmarked arriving at the back post Dean Watson couldn’t turn his header towards goal.

With half an hour remaining Dundee had the best chance of the half but it came from a Queens man. A corner into the six yard box cause chaos and a slashed clearance came off the underside of the bar before falling into the arms of the Queens number 1.

There wasn’t much more in the way of goalmouth action as the match played out similar to last weeks victory over Dunfermline. Dundee were organised and saw the match out with little trouble.