Where were you when Dundee won the Championship? 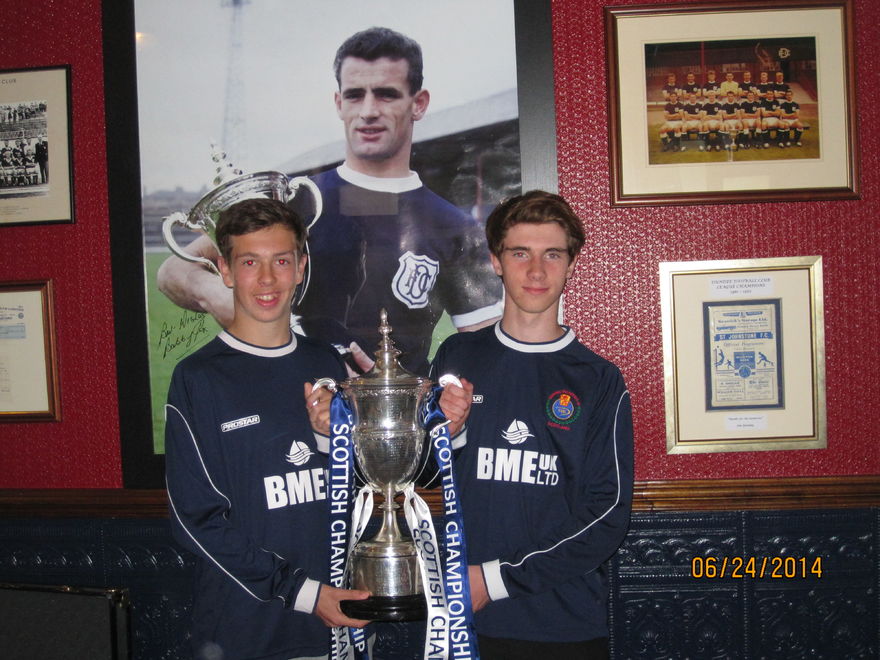 Well, some young Dee fans were in Port Talbot, Wales preparing to represent Scotland in an U15’s Sunday League Football International against Wales scheduled for Sunday 4th May and organised by the Clubs for Young People (CYP).

The 3rd May 2014 seemed a long way off when the squad was selected in late 2013 and little did they know then what a momentous day they would be missing at Dens.

In the Port Talbot afternoon sunshine that Saturday, the mobiles were fairly buzzing with the latest news from Dens and New Douglas Park with each update ratcheting up the tension. Of course it would never be as exciting (or draining) as being at Dens itself, but the drama of the day certainly travelled to that corner of South Wales and now the boys have their own personal memory of that Championship winning day by holding the trophy itself.

Even though the Welsh team won the match on the Sunday, it was a great experience to be chosen to represent their country and the boys are Logan Irvine (St James U15’s) and Sean Mohan (All Dryburgh Athletic U15’s). 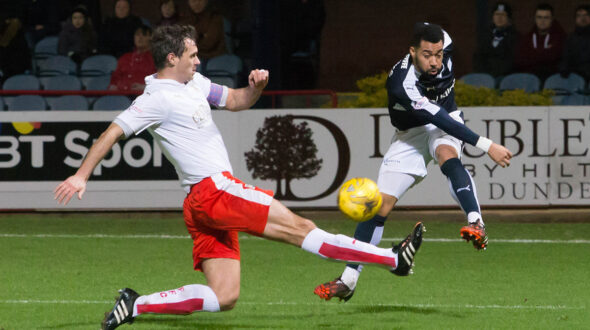 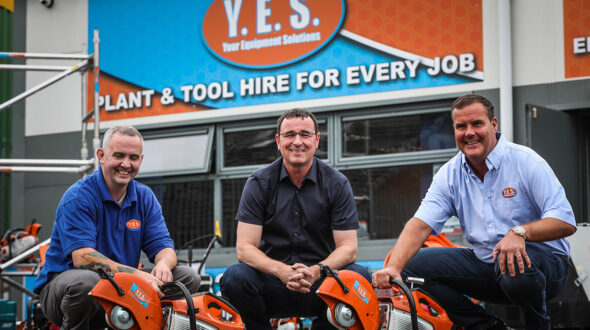