“We stuck to the game plan” 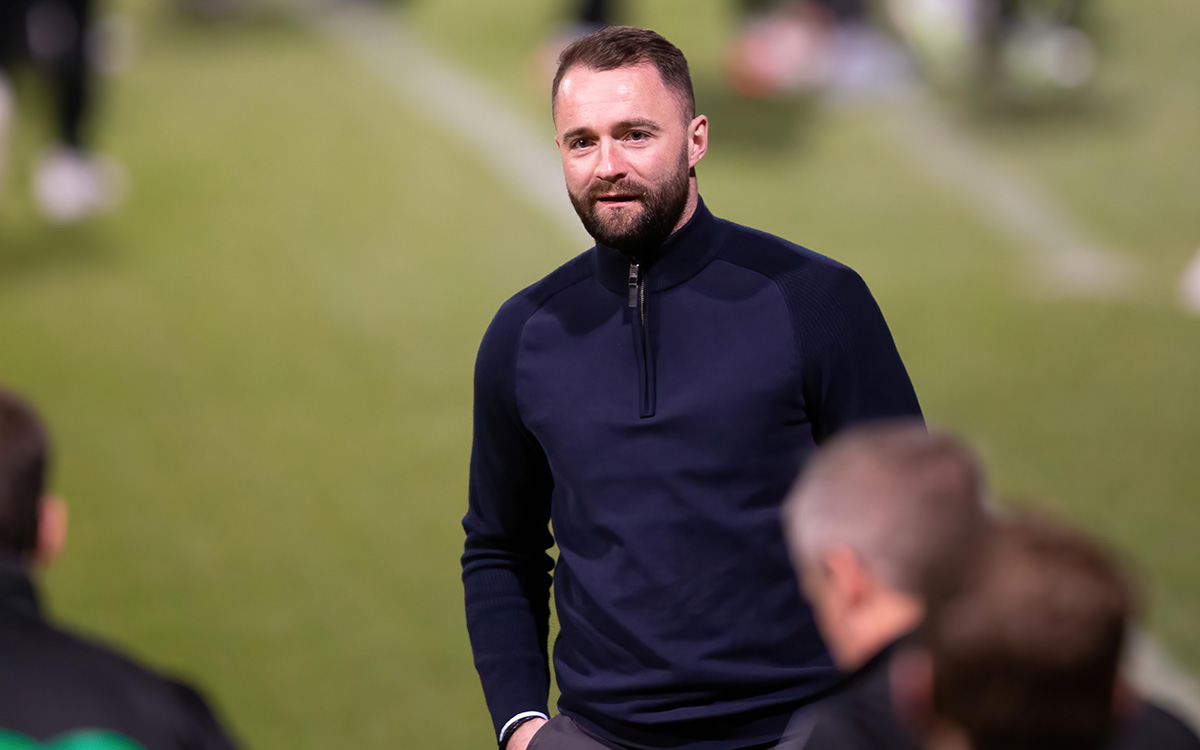 James McPake watched his side end 2020 with a five match unbeaten run after coming behind to beat Alloa Athletic at the Kilmac Stadium on Tuesday night.

The manager spoke to DeeTV following the win, he said “It was a tough game. Every time we’ve played against Peter Grant’s Alloa team it’s been very competitive. They are a good footballing side and I really enjoy watching them, apart from against us. I can see why they cause so many teams problems. I have a huge respect for him.”

“To get the three points, it’s been a good night for us when you look at the other results. It’s been a tough year for everyone so to finish it tonight in the last home game of the calendar year with one home league defeat for us. That’s done now though and we need to kick on and move to Saturday and into next year.”

Alloa went in ahead at the break following a defensive error which saw Christie Elliott’s attempt header back to Jack Hamilton cut out, the manager however wasn’t too concerned, he continued, “I can accept that kind of defensive error. There will be ones when I come out and say my defenders were this or that and I’ll criticise them. I think Christie was trying to do the right thing. Lee Ashcroft does one late on in the game when he headers it back to Jack and we are all applauding for showing a bit of composure. Christie makes the choice to go back to the goalkeeper, he gets it wrong and we are punished but he didn’t buckle under the pressure.”

“We stuck to the game plan as a team and we still controlled the first half. We dominated the ball but maybe at times we didn’t work the goalkeeper enough. At half time the players were settled and you could sense that they were in control of what was going to happen in the second half and it wasn’t a surprise to see them start the second half the way they did.”

Osman Sow made it six goals in three games with a second half double. The manager was quick to praise his and the teams hard work, saying, “I think it all steams from hard work. We put that to our players that the basis of how we are going to achieve things is hard work. I think we saw that at the end when Jordan McGhee chased the goalkeeper down in the last minute to put him under pressure. Why? Because the keeper is then booting it out rather than having time to pick someone out. That’s maybe something we allowed Dunfermline to do and bombard us with balls into the box. We’ve worked really hard on that.”

“Osman has worked hard and I think he hoped he could get his body back to a level and that was keeping him going but I think he now knows his body is back at a level. When it’s at that level he can be a very very dangerous player in this league or the league above. He’s a fantastic footballer and a fantastic person and I’m delighted he is getting his reward.”