“We need to try and get ourselves into the next round.” 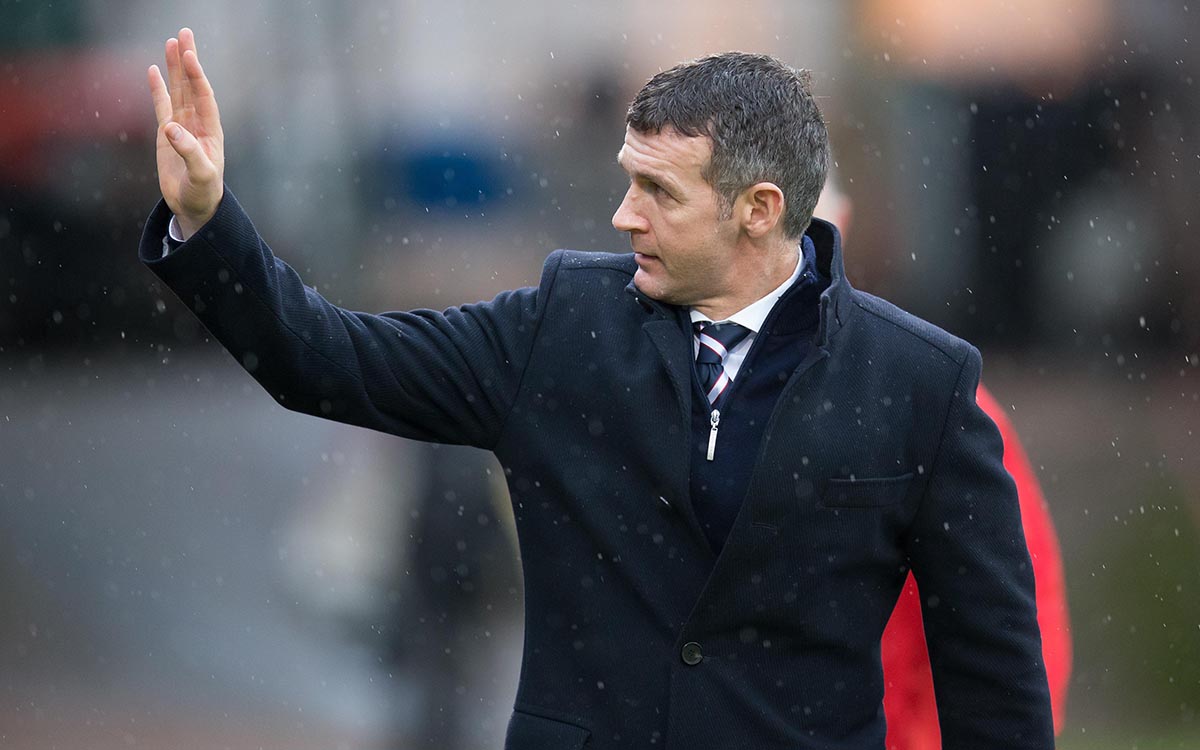 Manager Jim McIntyre takes his side to Dumfries tomorrow evening in the William Hill Scottish Cup replay following the draw at the Kilmac Stadium at Dens Park a week past Saturday.

Dundee faced Queens in that match following the winter break and the manager admitted that may have had an affect on the performance but praised the Championship side for their display, he said, “The first game we were a bit rusty having had the three and half week break. But we’ve still got to give Queen of the South credit, they came and played well. Going to Palmerston is always difficult, it’s a club I managed and I know how difficult it is. We’ve got to handle their surface as well, which their players are used to, but that’s not an excuse we just have to go there and pick a team that can win the game.”

Jesse Curran left the park against Motherwell on Saturday through injury and the manager told the press that there was a few injury concerns, “We’ve got a couple of concerns from Saturday’s game but hopefully they’ll be ok. Two of the new signings (Horsfield and Hadenius) can’t be involved as they weren’t signed before the first game so that that leaves us a wee bit short but we’ve just got to go with what we have.”

The midweek trip to Dumfries means that the squad are in the middle of a period of three weeks with matches at the weekend and midweek but it isn’t something the manager is hugely concerned with, “I’m not going to hide from the fact that it would have been nice to have taken care of the game the first time around but it is what it is, we didn’t do nearly enough to do that. We are professional people, we are used to playing Saturday, Tuesday, Saturday or whatever that may be but it’s important you get the balance right between recovery and your training and preparation for the games.”

Queen of the South were beaten by Partick Thistle at the weekend but will provide tough competition for Dundee tomorrow night, the team is focused on trying to progress to the next round, he said “They have some good players all over the pitch. Obviously we know their team inside out having just recently played them but it’s just about making sure we are better than them on the night, that will be difficult but that’s the aim, we need to try and get ourselves into the next round.”

Subscribers can watch the full press conference with Jim McIntyre and Darren O’Dea on deetv.dundeefc.co.uk.