“We need to make sure our attitude is right” 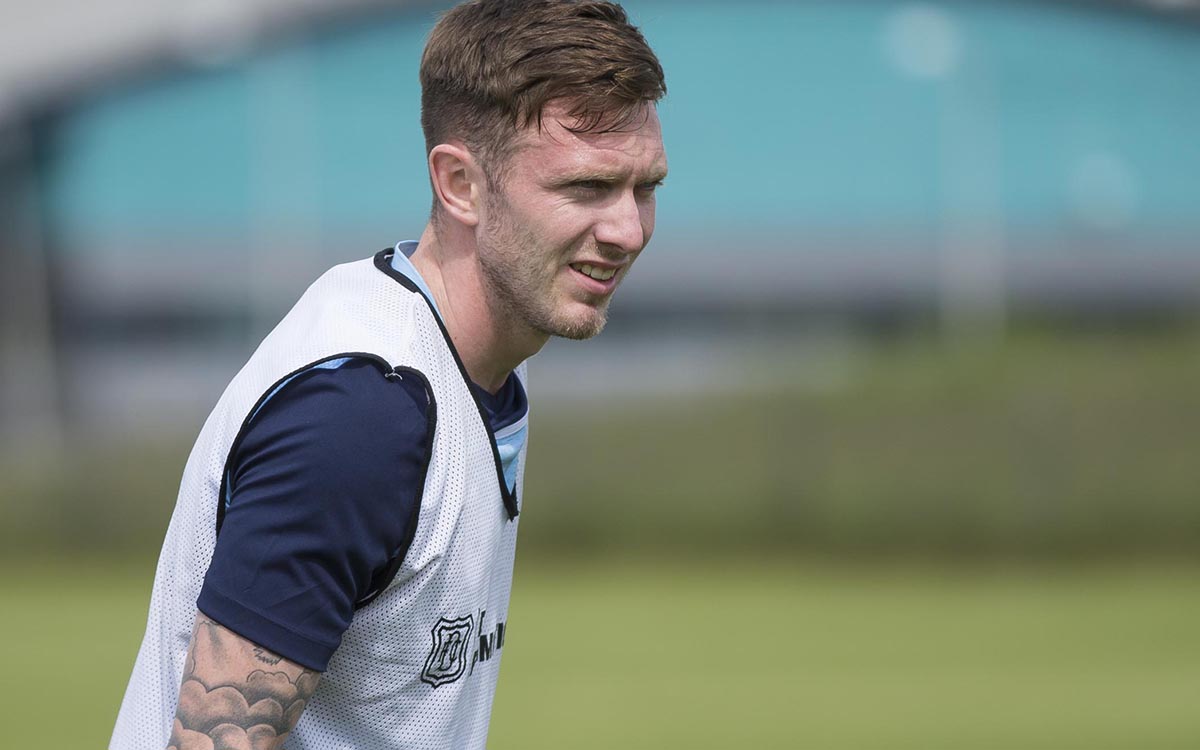 Jordan McGhee made his debut for the club in the 3-0 win at Stark’s Park on Saturday. The defender signed in the summer from Falkirk and was happy with the first outing under new boss James McPake, he said ahead of the midweek match with Cove Rangers, “The weekend was a great result, good performance from the boys in our first game. It carried on what we had done in pre-season, three goals and a clean sheet so we can’t complain.”

“It’s a tough game on Wednesday, they will be on a high from getting promoted so we need to make sure our attitude is right first and foremost and hopefully our quality will shine through.”

Asked if the task now is to keep the standards at the same level as they were on Saturday, Jordan said, “It’s something the Gaffer is trying to implement into us. To make sure our standards are high every day. Even in training we don’t slack and I think that everyone has taken well to that and it’s something we need to do throughout the season if we are to be successful.”

Manager James McPake will come up against former boss Paul Hartley in the dugout on Wednesday.

Paul has recently been appointed as manager of the League Two side and is someone who enjoyed success at Dens. In his three years in charge he guided the club back to the Premiership as champions of the second tier before finishing in the top six in the first season back.

One of his first signings on the return to the top flight was James and the current manager said of his former boss, “I know how well he worked. Any insight I have will be about how up for it Cove will be, how ready they’ll be. His teams are always fit, they are always playing high tempo football. I know what we are facing with Paul’s teams.”

“He was great for me at this football club. I wouldn’t be sitting here (as manager) if it wasn’t for Paul Hartley giving me the opportunity to go and coach over five years ago.”

“It’s an interesting one and I’m looking forward to seeing him but hopefully after the game when the result has gone our way.”

James confirmed that Callum Moore will again miss out through injury.