“We need to be brave” 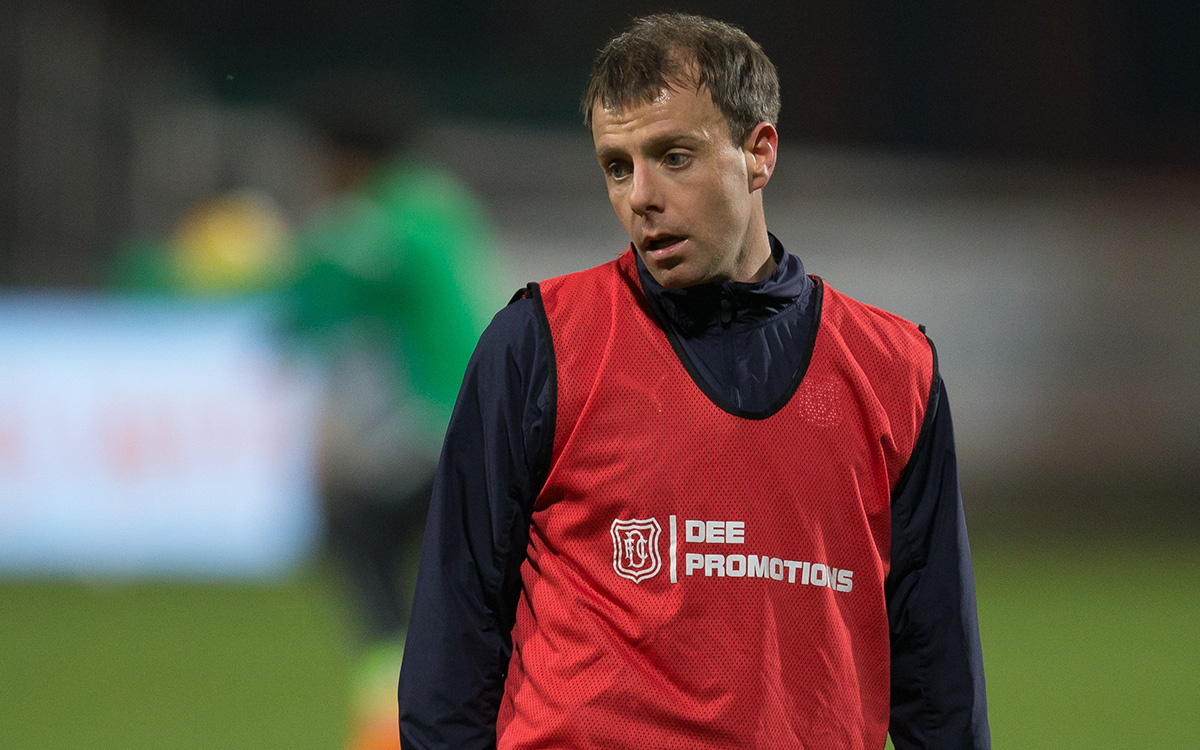 Paul McGowan returned to the starting line up on Friday night and found the net in the defeat to Hibernian.

The midfielder spoke to the media ahead of Wednesday’s trip to Ibrox to face Rangers and spoke of his disappointment to take nothing from the match on Friday, he said “It was a disappointing result on Friday. I thought we played well in the game but lost silly goals and Hibs punished us for them. The two goals we created were very good, we scored when we were down to ten men as well.”

“We are playing well but we can’t let those goals we were conceding earlier in the season come back into our game because we’ve been looking quite solid.”

The match at Rangers will provide a tough test for Jim McIntyre’s team and Paul is under no illusion about how difficult the task will be, “It’s a massive challenge, there is no getting away from that. They are a good side. I watched them against Hamilton on that pitch, moving the ball well and with purpose. They looked great and we know how tough it is going to be but we need to go there with a game plan. We need to be brave and take the ball and help teammates out. If we can do that we are a match for anybody as we showed out there (at Dens) against Rangers with ten men when we kept them at bay for large spells of the game.”

“Obviously it’s at Ibrox so they’ll have the crowd behind them. It will be tough and I was impressed with them on Sunday.”

With Rangers in good form, Paul knows that every member of the squad will need to be at the top of their game if they are to come back from Glasgow with a result, he said, “On our day we can go there and get a result. If I didn’t believe that I wouldn’t be playing football. I believe we can get a result against anybody but we need the full team to be at it. You can’t just have 3 or 4 players, we need all of us at it because we know it is going to be tough, huge amounts of pressure throughout the game and we need to stand up and be counted. We can’t give away cheap goals like we did against Hibs because we’ll be in for a long night.”

Dundee look likely to come up against Glen Kamara who left the club for Ibrox last month. Asked if he was surprised how quickly the former Dee had gained a starting spot in Glasgow, Paul said, “I’m a big admirer of Glen. Since he came in, people look and say he is a bit casual but that’s just the way he plays, he plays the game nice and easy. I’ve been so impressed with him, it’s nice seeing him doing well. He’s a lovely lad, he came up here and did well for Dundee. He’s a top player and I’m not surprised.”

Subscribers can watch the full press conference with Paul and manager Jim McIntyre on deetv.dundeefc.co.uk.