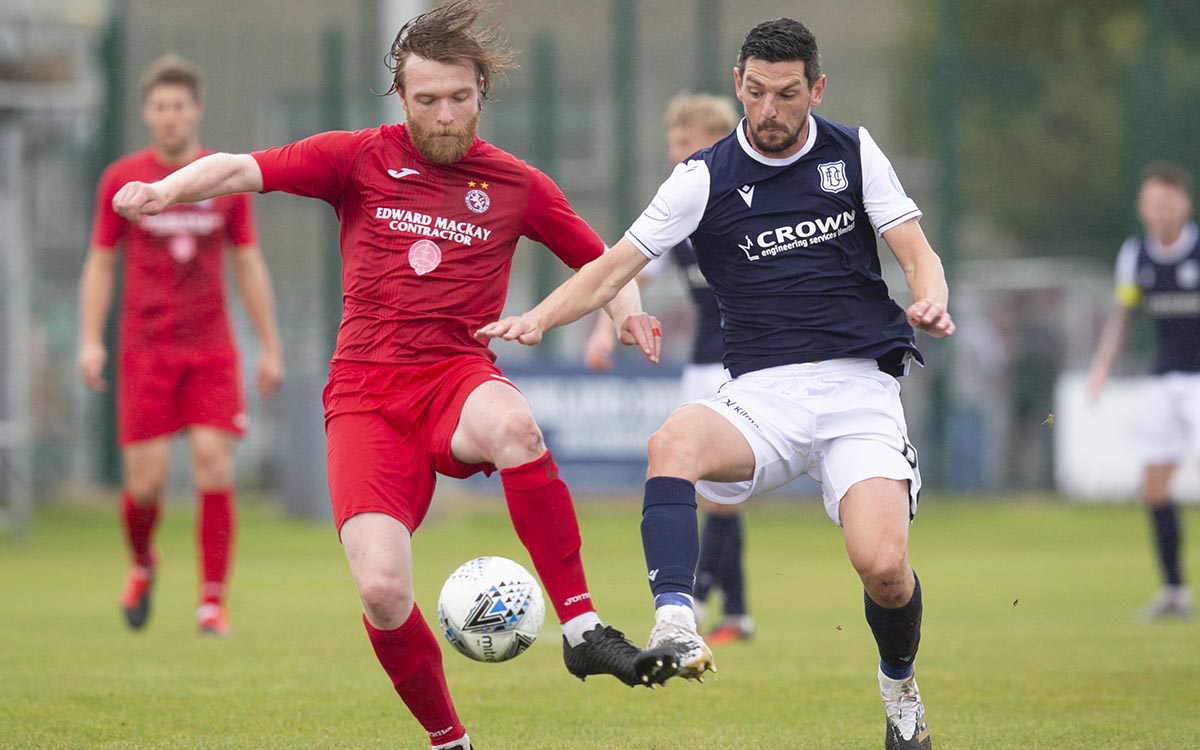 “We knew it was going to be tough”

Graham Dorrans started the 2020/21 with a goal as his opener set the tone for Dundee to pick up all three points in the highlands.

Dorrans opened the scoring against Brora Rangers when he fired home from the edge of the box after just 10 minutes. He spoke to DeeTV following the match and said, “Delighted to be back, we were obviously disappointed that the game during the week didn’t go ahead but the powers that be called that off so it’s nice to get back to competitive football. Tough game to start off with but good win and hopefully we can build a bit of momentum from it.”

“It’s nice to get back to competitive football”

“We knew it was going to be tough. They are a team from their league who is used to winning games. We watched footage of them from the Hibs game and they’ve got decent players so we knew we had to come up and be professional and I thought we did that. Can we play better? Yes definitely, but it was a professional performance and we got the points and back down the road.” 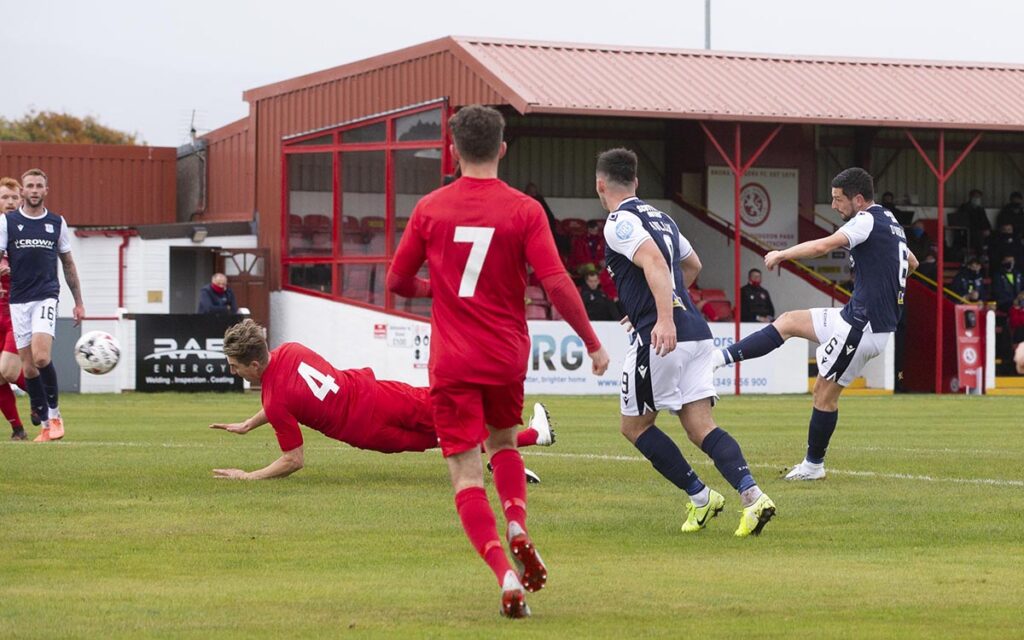 All attention now turns to Tynecastle and the Scottish Championship opener against Hearts on Friday night, “It’s the one we’ve been building towards. It’s good to get back to competitive football but that is one we are looking forward to. We’ll work all week on that and hopefully keep the momentum going from today.”