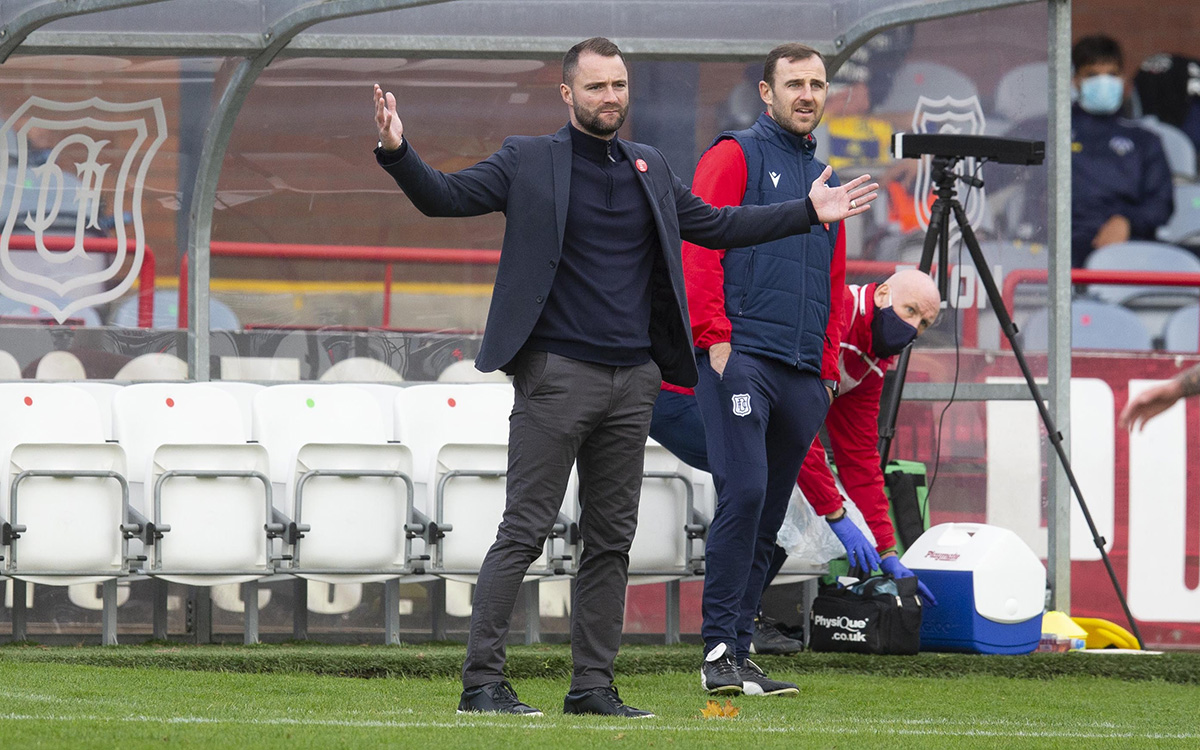 James McPake was delighted to see his team record their first league win of the season with a 1-0 victory over Greenock Morton at the Kilmac Stadium on Saturday.

Jonathan Afolabi’s fourth minute strike was enough to give Dundee all three points and that was the main thing the manager was after, he spoke to DeeTV following the win and said, “I think today that is what it was all about, getting the win. It’s been a tough week. We know that as a football club, we needed that. Players, staff, board, fans, I think everybody as a whole we just needed three points today. The performance could be better, we know that but they are a dangerous team in good form from the tail end of last season into this one. The last ten games they were the best team in the league on paper and we know the threat they bring.”

“We struggled against them a wee bit last season and we struggled a bit today but the be-all and end-all was three points and we are delighted.”

“Players, staff, board, fans, I think everybody as a whole we just needed three points today”

Asked if he was concerned the team didn’t build on the early goal by adding more to it, the manager continued, “Yes and no, it showed us we have the character. It was a mental test late on for them after conceding six last week and being so poor defensively as a team, can we hold out? And we did that.”

“Overall I’m delighted for the players more than anyone because they needed that. I saw how hurt they’ve been this week with the performance last week, it was everybody, it wasn’t just the players, we were all part of that last week but the big thing today was to get three points and now we build to Raith Rovers, another inform team next week.”