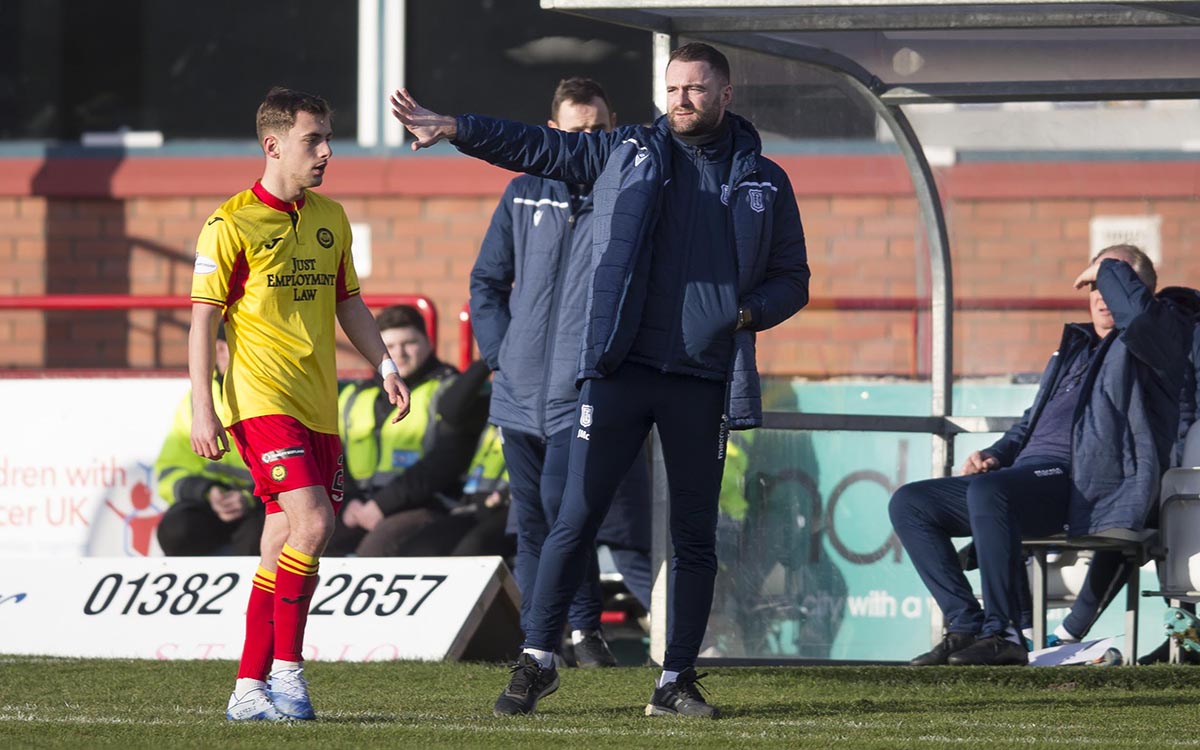 “We controlled from start to finish”

James McPake was delighted with his team’s performance as they saw off Partick Thistle at the Kilmac Stadium at Dens Park with a dominant display.

The manager spoke to DeeTV after the match, he said, “The three points is what we needed, we didn’t care how we got them, but the manner of that performance was really pleasing, controlled from start to finish. I don’t think at any point of the game we were under any real pressure.”

“Obviously it helps when you get a two goal cushion at half time. We looked very solid as a team, defending from the front with Kano, who was excellent, and Paul McGowan playing up there. There will have been a few raised eyebrows I imagine but that is something we have been working on, Gowser gives you a different dimension to anyone else we have that can play next to Kane.”

After the defeat to Dunfermline a couple of weeks ago the manager expressed his anger at the performances from his senior players but took time after Saturday’s win to single them out for how they have reacted since the East End Park defeat, “Three centre backs were outstanding, the senior players were outstanding. I was critical of them after the Dunfermline game and I believe I was right because they let a kid down on that night who was making his first start but since then they have been great. Graham Dorrans, Christophe Berra coming in, Jordon Forster, Josh Meekings, I hope I’m not missing anyone out. They showed what it means and how desperate they are to do well for the football club.”

Kane Hemmings found the net with a typical poachers finish for the first but his second was a flash back to his first spell at the club. The manager told DeeTV that he believes Kane is a better player now than his first spell, he continued, “Good pass and a great finish. I believe Kane Hemmings is a better player now, I genuinely do. I think I’m in a fair position to say that because I played with him when I was here the first time and I am now working with him as his manager.”

“His hold up play, his workrate, everything this season has been excellent. What’s been missing is the goal a game Kane Hemmings we were used to before but a lot of that has been down to us not providing him enough chances or not having enough people close to him. I think in the last couple of games we have had people really close to him.”

“He bring people into play, sets attacks up by getting us up the pitch. There is a lot to Kane Hemmings game other than his goals but the biggest thing we brought him back to the club for was his goals. I’m delighted today he’s got another two.”