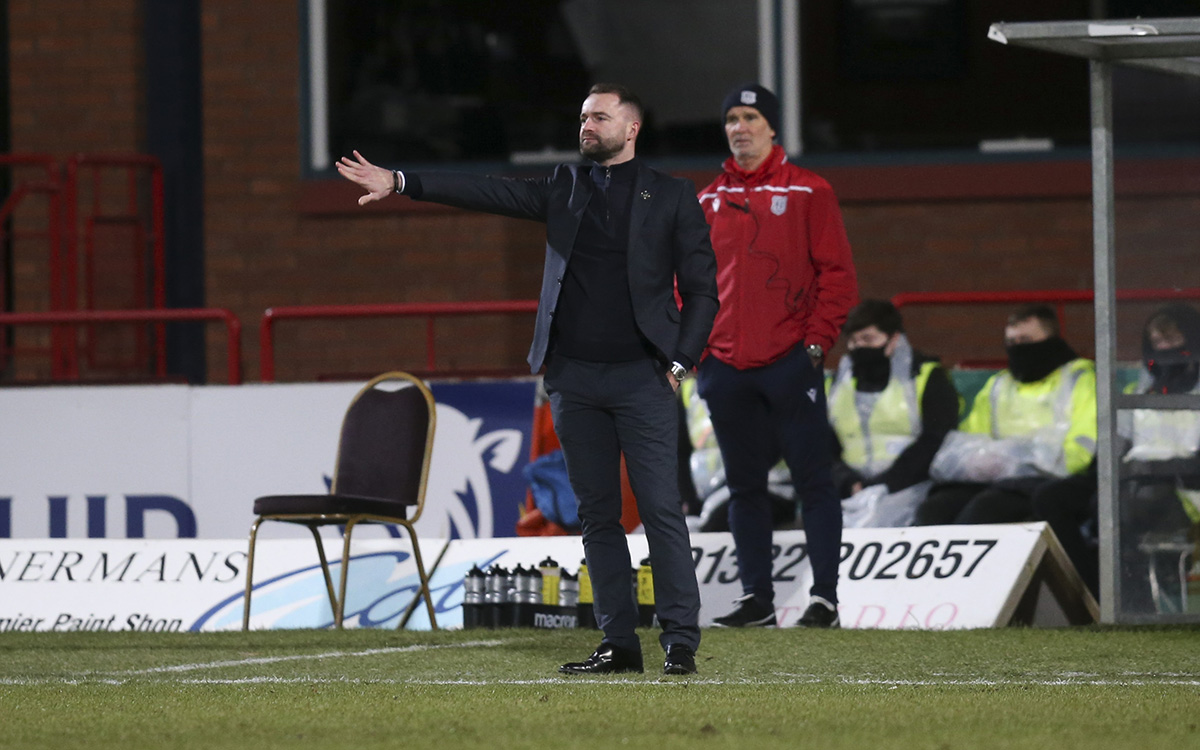 Dundee made is six unbeaten with victory over Hearts at the Kilmac Stadium on Saturday evening.

It was a dominant performance which saw Dundee climb to joint 2nd in the table but manager James McPake wasn’t getting carried away following the match. He spoke to DeeTV and said, “It’s another three points. It’s what we wanted to start the year with. It continues the run, we are unbeaten in six now. I’m really proud of my players tonight. I thought to a man they were outstanding from the very first minute when Shaun Byrne sets the tone. We go on and dominate the team that is at the top of the league, for a reason, because they have started the season very well. Thoroughly deserved and proud of my players.”

“This result gives us three more points, it continues our run. It shows we can take on the so called best team in the league. I say so called because it’s still early. Dunfermline are a really good side, Ayr United are a good side, Inverness as well, I’m conscious not to miss anyone out so that’s why I say the so called best team. At the minute they are, they have the biggest budget by a country mile so it shows we can stand toe to toe with them and be better than them on the night but that’s all it was, it’s three points we move on now to the huge Scottish Cup tie coming up. We’ll enjoy tonight and then get ourselves ready for another big game on Saturday.”

It was a difficult decision to pick a man of the match with so many fantastic displays in dark blue, the manager continued, “It was a team performance. I don’t think we need to single any person out tonight, it was a team effort. Even when the subs came on. Cammy comes on in a role which isn’t his natural position, I thought he was great. Finlay comes on and shows a bit of composure on the ball, taking it and getting it out the other side.”

“Jonathan comes on and takes a real pressure penalty. As soon as it was given he was away after it. Hearts were obviously going to make positive subs as they are chasing the game but we made positive subs as well that had an impact on the game. At no point did I feel they were going to get back into the game. People might say hindsight is a great thing but I genuinely did feel comfortable in that game.”