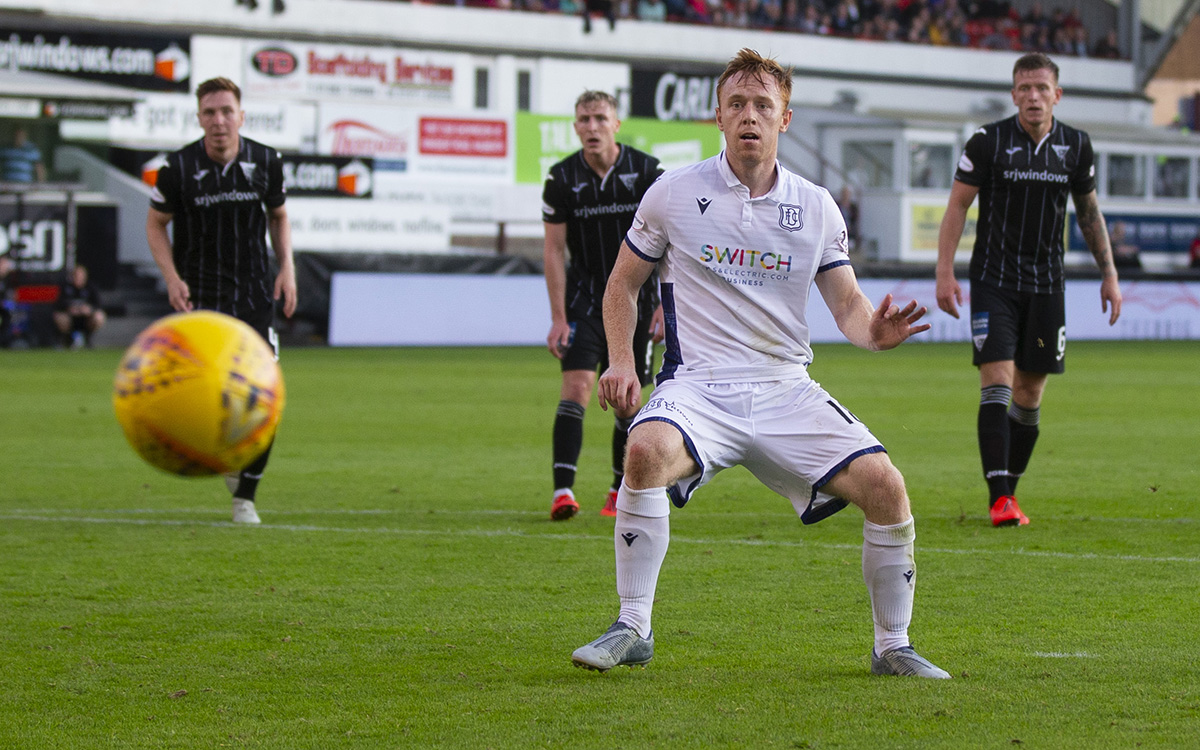 “The second half was much better”

Danny Johnson found the net twice from the penalty spot on Friday evening as Dundee came from two behind to take a point away to Dunfermline.

The striker added to his debut goal last weekend with a brace and told DeeTV, “Pleased to get two more goals but I would have liked the three points to go with it.”

“As a striker, you want to score goals and a penalty is a free shot at goal so I’m going to step up any time regardless of what’s gone on and I back myself. The second one I held my nerve. I hit the first one clean and I knew if I hit another one clean and found the same spot the keeper wouldn’t save it.”

“We are all honest lads and we know if we want to be at the top, we need to be consistent. The second half was much better. We need to take the positives from that and move on.”

A huge Dundee support backed the team at East End Park and Danny is looking to give the home support something to cheer about next weekend when we face Ayr United at the Kilmac Stadium at Dens Park, he said “The fans were brilliant today. They were up on their feet in the second half when we gave them something to cheer about and we want to do that for the full 90 minutes next week at home.”