“The performance was really good” 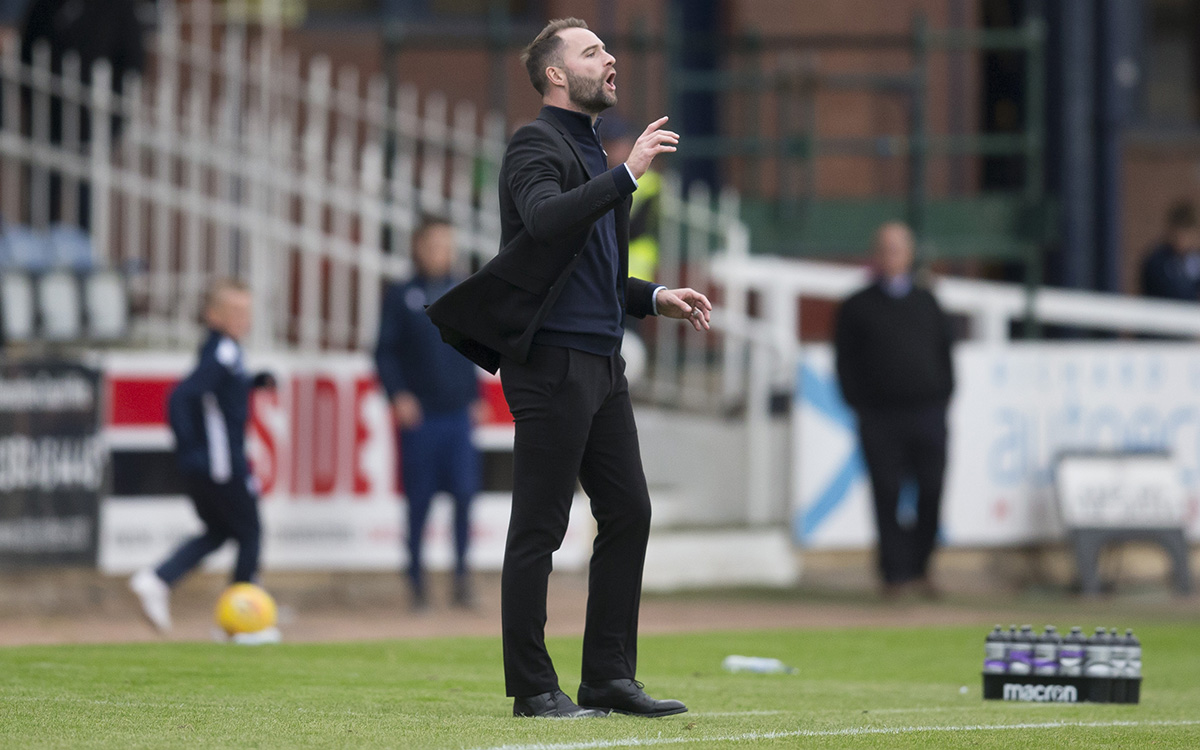 Dundee got back to winning ways at the Kilmac Stadium at Dens Park on Saturday as Danny Johnson and Jordan McGhee’s goals gave James McPake’s side a 2-1 win over Alloa.

The manager spoke to DeeTV after the match and was happy with the performance and the result, “On the whole I think the performance was really good. We had a spell late on when we probably got too deep too quickly and they came on but to be fair to my defenders and goalkeeper they stood firm and kept them out.”

“Performance wise, good, but more importantly three points. We need to win games, every game here we need to win and we did that today so hopefully it’s the start of another run.”

Josh McPake, Danny Johnson and Declan McDaid started as a front three for Dundee and the manager was pleased with their contributions, “I thought the front three that started the game were excellent, loads of energy. Josh, Danny and Declan caused them a lot of problems early on. Josh set the second goal up and had four or five attempts as well, Deccy hit the bar for the first goal, they were really positive and that’s what we have been asking.”

“We created more chances today than the last few games put together which is pleasing but we need to keep working at that. I thought Kane was excellent when he came on, he is still getting up to speed. He’s desperate to play all the time, you can see in training he is getting back to the Kano we all know. Nella came on and did a job as well. Top end of the pitch I thought we were excellent today.”

Jack Hamilton saved a penalty at 2-1 to keep Dundee’s lead and the manager was full of praise for the Dundee number 1,  “I had Jack last year with the reserves when I didn’t have many first teamers coming down, he was knocking the door and asking to come and play when he was coming back from finger surgery.”

“I know his character, I know what he brings to my dressing room and more importantly I know how good of a goalkeeper he is.”

“You win the game in both boxes and he was a big part of that today. He is looking confident and he is back to the form and the performances that he had at Hearts when he was in Scotland squads. I’m delighted with Jack but that has been the case all season, Jack Hamilton has never let me down and I don’t see that coming either.”

Subscribers can watch post match video interviews with James and Jack Hamilton, along with highlights and a full match replay on DeeTV – click here