“The mood has been great” 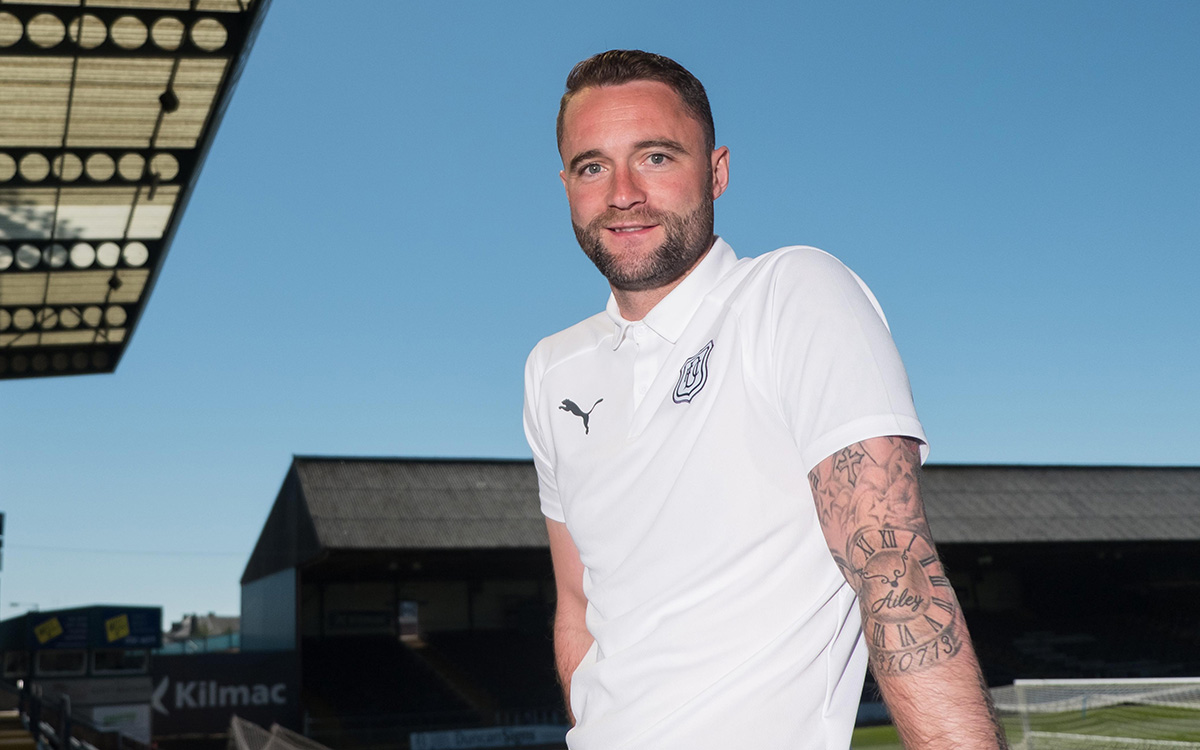 James McPake was put in charge of first team affairs earlier this week and on Saturday will lead the club into the final match of the season against St. Mirren in the Ladbrokes Premiership.

Last weekend Jim McIntyre departed the club and James was asked to take the team for the final week of the season, he told the press today, “The lads have been great. They’ve made it easy for me. I’ve got that little feeling in my belly again that I’ve missed, from being involved in first team football. It’s been great to be back involved around first team players with a big game coming up at the weekend. “

Asked if he has looked at the potential of throwing his hat in the ring for the permanent position, James insisted he is only thinking about this Saturday’s match, “I love this football club. What it has done for me. Almost five years I have been here and I don’t know what I would have to do to repay, in terms of first of all signing me when I hadn’t played in 6 months at Hibs after my second back surgery. They took a massive gamble on me to bring me here and I’m still here.”

“A couple of years down the line I suffer another injury and they look after me the best possible way they could. I’ve said this on record before, they went above and beyond what I could ask a football club to do for me and my family. For me to even think about that this week would be disrespectful to the club and the fans. It obviously goes through your head but I genuinely mean it when I say all I have thought about this week is the St. Mirren game. It’s been hectic, a good hectic. I have been used to that side of football for years when I was in it, the lead up to a game. I’m just enjoying the moment and I can’t wait for Saturday.”

Relegation was confirmed two weeks ago but last weekend saw victory away to Livingston end a run of ten defeats on the spin. James is hoping to build on that and finish the season on a high, “The mood has been great. The players have been fantastic. It helps we got a win last week and stopped the rot of results. The message from the meeting at the start of the week was ‘we want to build on it, for this week I want you to be positive, I want you to enjoy it and we want to go and win the game.’ There are some hurting boys in the dressing room, as a football club we have let the fans down but let’s be honest the most important people at the club are the fans and it’s not been good enough for them this season.”

“They are hurting but we went in with a freshness and said let’s build on the win and they’ll get behind us, cause they always do and give them something to go away and think over the summer there is a bit of positivity there and we can come back next year and get off to a good start and get a good feeling back about this football club.”

Subscribers can watch the full press conference with James and Paul McGowan on DeeTV – click here.