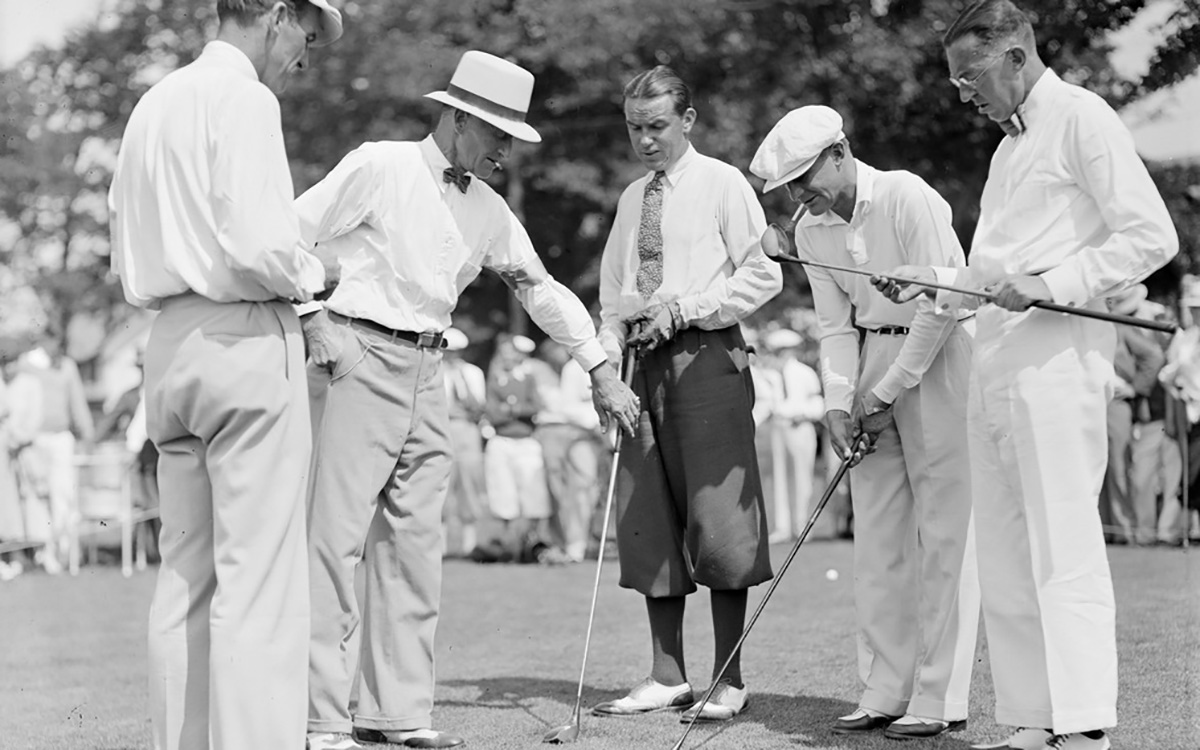 If there is one sport that footballers in the country turn to when not playing or training, it is the game of golf. For decades, football’s household names have driven, chipped and putted their way across Britain’s fairways and greens and Dundee FC have been no exception with a host of Championship courses in the local vicinity.

Earlier this month golf courses across the country reopened and remarkably as the 1920s came to a close, one former Dundee player turned golfer played a major part on the history of golf as he did much to ensure the famous trans-Atlantic Ryder Cup competition survived at a time of severe funding.

The name Charles Burgess will not be too familiar to either football or golfing fans but the Scottish right-back from Angus became a noted golfing professional in the States following a decent career as a footballer – including a three year spell with Dundee in the mid 1890s.

Born in Montrose in 1873, Burgess started his football career with his hometown team at Links Park before moving to Dundee in the summer of 1895 to play in the club’s third ever season.

The Dee at that time were playing their home games at Carolina Port at the city’s harbour and Charlie, as he was known with Dundee made his debut at ‘The Port’ on Saturday 10th August 1895 in a 2-1 defeat Celtic in front of a 10,000 crowd – Dundee’s highest home crowd of the season.

Burgess was a tall, powerful and robust defender who missed just two games of the 1895-96. Unfortunately for Charlie however he also played in the return fixture with Celtic in Glasgow when The Dee crashed to their heaviest ever defeat in an 11-0 rout. The Dark Blues had been severely hampered by the loss of skipper ‘Plum’ Longair late in the first half and then with Charlie’s full-back partner Bill Ferrier unable to resume after the break it meant that in these pre-substitute days that Dundee played the second half with just nine men.

In soon became clear that the Parkhead debacle had been a one off and after finishing a credible fifth in a ten team Scottish League Division One – Dundee’s highest league finish at that time – they went on a post season tour of England over the Easter period and played in front of a new British record crowd of 60,000 against Corinthians at Crystal Palace.

Dundee repeated their fifth place finish the following year in which Burgess missed just four games and on October 17th against Abercorn at home he was booked for a “vicious tackle” on the Paisley’s club’s forward – an unusual occurrence in Victorian football.

Although always a consistent performer, Burgess was never a favourite of the Dundee fans and it is recorded that he received some characteristic abuse from the ‘three penny stand’ on a regular basis.

Burgess played in just one golfing major at the 1910 US Open where he finished 47th but his football was not forgotten however in the barren outpost of the game America was then as he became Harvard University’s first soccer coach, leading them to an undefeated season in 1913, the same year his golfing protégé won the US Open.

Perhaps as a consequence Burgess moved after his third season at ‘The Port’ where he was an ever present after missing the first six games of the season and played in the Scottish Cup semi-final 3-2 defeat to Kilmarnock at Rugby Park in the days before semis were played at neutral venues.

In the summer of 1898 Burgess moved to London to sign for Millwall Athletic (Millwall’s original name) in the Southern League and made 62 appearances for The Lions before heading north to Newcastle United for one season in 1900/01 and back south to Portsmouth where he won a Southern League winners medal in 1902.

Burgess had been a keen golfer from his teenage years and upon returning to Scotland in 1903 after hanging up his boots, he took up the sport seriously on the Montrose links course and became a well known and expert golfer.

He became the golf professional at the Royal Albert Golf Club in Montrose thereafter, until 1908, when he was content to spend a year playing in the competitions of, and representing, the town’s Mercantile club.

In 1909 Charlie emigrated to the United States and became professional at the Woodland club in Massachusetts where he became known as Chay Burgess. There he taught Al Jolson, Bing Crosby and Babe Ruth how to play the game but it was Francis Ouimet, America’s first golfing hero and first amateur to win the US Open in 1913 who said “Whatever progress I have made in golf, I owe to Charles Burgess from Montrose”.

Burgess played in just one golfing major at the 1910 US Open where he finished 47th but his football was not forgotten however in the barren outpost of the game America was then as he became Harvard University’s first soccer coach, leading them to an undefeated season in 1913, the same year his golfing protégé won the US Open.

But it was a full 19 years after emigrating to the United States that destiny called him to play a pivotal role arose in the survival of golf’s greatest competition.

In 1927, the first Ryder Cup was played at Worcester, Massachussetts with the USA thrashing Great Britain 9½ to 2½ but in the aftermath it was felt that a contest in 1928 would be too costly and impractical. It was decided therefore that the event would be played every two years but in 1929, the USPGA once again didn’t have the funds to send a team by liner across the Atlantic to England to defend the trophy. 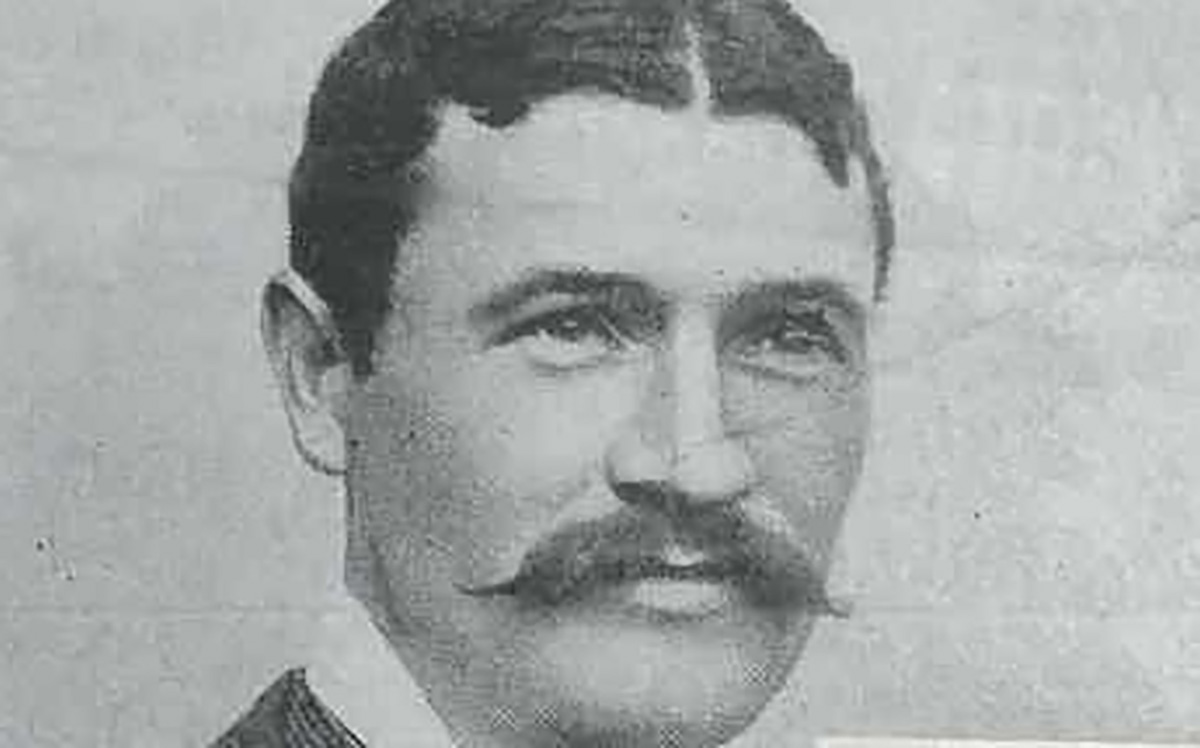 Chay Burgess however was determined to keep the cross-Atlantic competition alive so he arranged an impressive fund-raising tournament involving some of the greatest names in the history of American golf.

Walter Hagen, who was to play a pivotal role in the early history of the Ryder Cup, captaining the USA in the first six competitions, partnered Gene Sarazen, the first man to win all the major titles, played against US Open Champion Johnny Farrell and Bobby Jones, who co-founded the Masters Championship. The tournament proved to be a major success – raising the $10,000 needed to send the US team, which included Farrell and Sarazen to the Moortown Golf Club in Leeds and save the Ryder Cup.

Despite being held in April, the 2nd Ryder Cup the weather was very cold with hail and at one point heavy snows on the greens. About two thousand spectators saw America gain a narrow lead after the foursome matches on the Friday before the Great Britain team won singles the following day and the competition by a score of 7–5.  George Duncan of Scotland became the first of only three British captains to lift the Ryder Cup which was given to him by Samuel Ryder who was in attendance after missing the 1927 matches and one imagines Chay Burgess might have been delighted the nation of his birth won their first Ryder Cup despite being pivotal in helping the US team make the trip.

Burgess’s role in saving the Ryder Cup has largely been overlooked but without the vision and drive of this Scotsman to keep the fledgling competition alive, the Ryder Cup could have died a long time ago. He was however also one of the leading golf coaches in the world for many years and a true pioneer of the game when it was a fledgling sport in the USA.

Chay lived in Massachusetts until he passed away in 1960 at the age of 86 after an eminent career spanning five decades and he was inducted into the New England Professional Golfers Association Hall of Fame in 2003 having been their first ever President when they were formed in 1921.

At Dundee Charlie played 51 times over three seasons in Juteopolis at a time when The Dee and indeed football was still in their infancy and so he can claim to be a pioneer of two different sports across two continents.