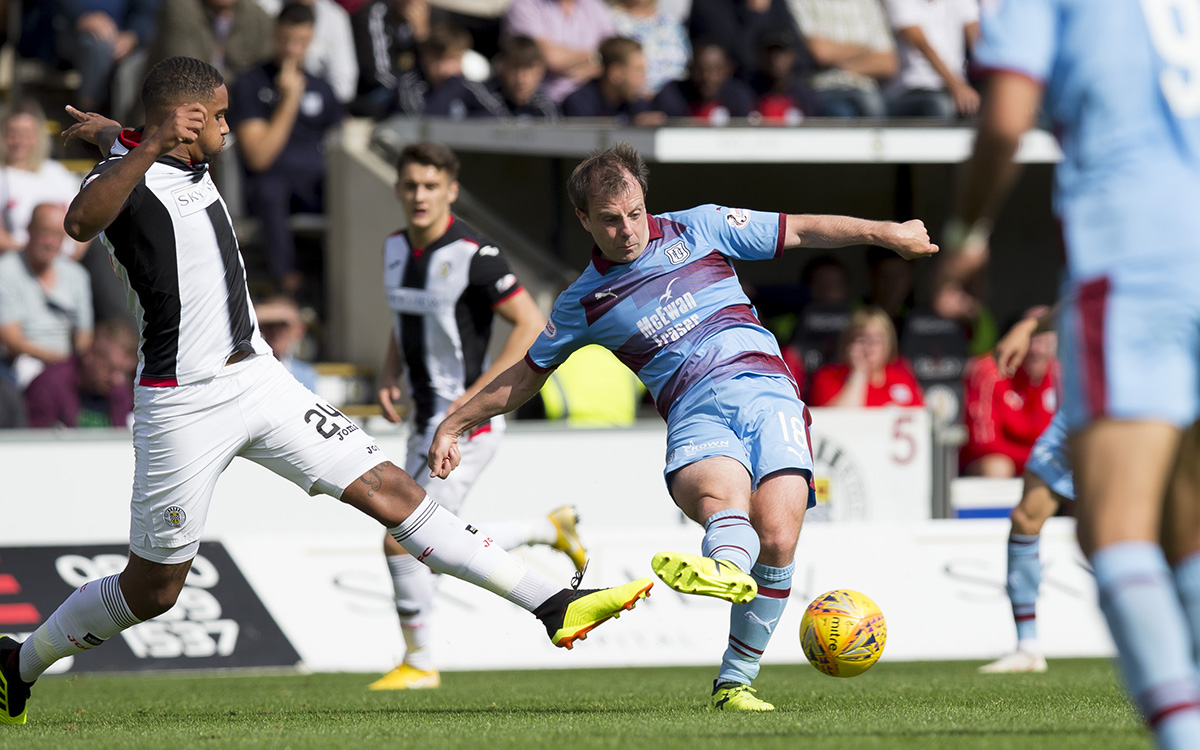 Dundee’s next match is a crucial trip to Paisley to face St Mirren in the Ladbrokes Premiership and here we round up everything you need to know ahead of the match.

Tickets for our match away to St Mirren are now on sale.

Prices for this match are £22 for Adults, £12 for over 65s, students, Under 18s and Unemployed – proof required for all concession sales. Children aged 12 and under are £6

Tickets are available at the ticket office, in person or by phone (01382 889966 option 1), and via the website at www.dundeefc.co.uk then click on “TICKETS”.

Dundee will be housed in the North Stand. For our last visit to the Simple Digital Arena we sold 1159 advance tickets. As this is close to our initial allocation there is a high possibility that the away stand will sell out.

We would therefore encourage fans to buy a ticket in advance as it seems unlikely that tickets will be available at the ground on the matchday.

At the interchange, take the first left onto a dual carriageway with some football parks on the left hand side. Follow this road and after a sharp right hand bend you should now be in Greenock Road. Then take your first right on to Clark Street and drive to the end of the street which is the junction with Greenhill Road, turn left and you will see the stadium on the opposite side of the road.

Check the No Waiting/Parking restrictions on ALL streets:

Clark Street on the north side of the street

Please be careful not to block the residents’ driveways and/or entrances to local businesses.

If you prefer to walk the following routes are advised by the police:

Away fans: cross road to Love Street continue up the street till you come to Albion Street where you will turn left. Follow Albion Street until you come to the junction with Greenock Road where you will turn right. Cross the road then walk about 200 yards before taking your first left on to Clark Street. Walk straight up Clark Street to the end of the street which is the junction with Greenhill Road, turn left and you will see the the stadium on the opposite side of the road. Access to the North Stand will be from Ferguslie Park Avenue

The Dark Blues had to settle for a point in their bottom of the table duel against St Mirren at the Kilmac Stadium at Dens Park on last November. Simeon Jackson put the Buddies ahead in the first half with a controversial penalty but Kenny Miller came up with a quick equaliser. Dundee had the better of the match but couldn’t find a winner.

St Mirren’s season started in the Betfred Cup away to fellow Premiership side Kilmarnock and after the 0-0 draw at Rugby Park, they won the bonus point by winning the shoot out 3-0.

St Mirren started their Premiership campaign with a 2-1 home win over Dundee but after losing their next four games against Rangers, Aberdeen (in the Betfred Cup), Livingston and Hearts, dispensed with the services of manager Alan Stubbs during the international break.

He was replaced by Coleraine manager Oran Kearney and in his first game in charge got a point after a 0-0 draw at home with Celtic.

After that however, Saints lost their next six games to Hamilton, Hibs, Aberdeen, St Johnstone, Motherwell and Rangers but stopped the rot with a 1-1 draw at Dens in November.

They followed that 1-1 draw with a 2-0 home win over Hearts at the end of the month and in December picked up three more with a draw at Easter Road and a 1-0 win at Fir Park.

Oran Kearney overhauled his squad during the transfer window but they returned from the winter break with 4-0 defeats away at both Celtic and Rangers and a 3-1 defeat at home to Hibs.

In the Scottish Cup Saints came back from 2-0 down to knock Alloa out 3-2 in Paisley but in the next round crashed out 2-1 to Championship side Dundee United.

They bounced back however with excellent draws away at Hearts and Aberdeen before a last minute Ryan Flynn goal gave them a 1-0 win over Livingston to haul themselves within touching distance of the sides immediately above.

St Mirren’s 2018/19 matchday programme The Saint is produced by our programme partners Curtis Sport. It is a 48 page, full colour edition and priced £3 it will be available in and around The Simple Digital Arena from 1.30pm.