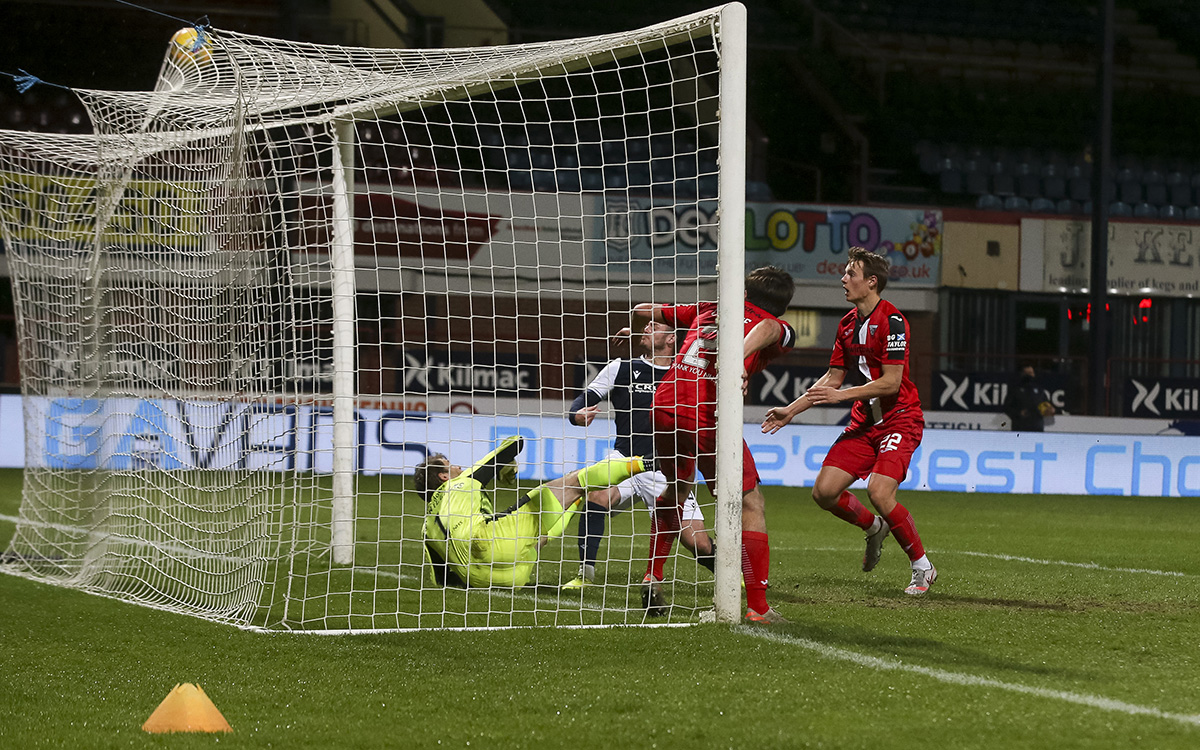 It’s a break from league action this Saturday as we take on St. Johnstone in the Scottish Cup at the Kilmac Stadium.

The match is live on DeeTV. It is available only on PPV for UK based supporters, for more details – click here

James McPake spoke to the broadcast media ahead of the match and said of the fixture, “It’s a Championship team who are desperate for promotion against a high flying Premiership club that have won a cup and secured a place in the top six. They’ve got really good players. I really like Callum and his staff.”

“He did the pro licence with myself and Dave and he’s a good guy and a fantastic coach. He’s got good staff with Steven MacLean and Alec Cleland in there are well.”

“It’s going to be a real test but it’s a test we are really looking forward to because we believe that we have a Premiership squad, it’s not shown that way over the season but that’s our belief and Saturday is a good chance to go out and show that.”

“To go through and to get a foothold in this game we’ll have to be at our very best.”

The manager also gave a run down of the injury situation with updates on a number of players, he continued, “(Alex) Jakubiak is back full training which is a massive boost to the football club. It’s been a low point in the season that we haven’t got to see Alex more, he’s a fantastic player.”

“He’s a great person, great to work with and he’s been really unfortunate with injury. I can relate to that and I can see how frustrated he’s been but he’s close now. With the amount of games we’ve got, he could have a huge part to play in this season.”

“(Jordan) McGhee the same, he’s played a huge part already and in the next ten days he’ll be back and he’ll not need to matches that Jak will need to get match fit because he’s played 20 plus matches this season already and naturally he’s a fit kid.”

“So we have the two of them coming back, too early for this weekend probably.”

“Osman (Sow) will miss out this week, we’ll potentially have him back on Tuesday if not next Saturday.”

“Finlay Robertson got surgery on Thursday, we wish him well and know he’ll be back strong for pre-season.”

“Jack Hamilton has unfortunately picked up a hand injury. It’s unfortunate for Jack and will probably keep him out for the remainder of the season.”

“Everyone else is healthy, Charlie (Adam) is back from his suspension.”

The match is available through PPV on DeeTV. As the fixture is a cup match it is not available for season ticket holders.

To purchase a pay per view pass of the match this is available now from our PPV site at the cost of £12.50.

You must register a username and password, then can purchase the event.

Please ensure that you also bookmark this site as you will return to watch the match on this platform.

The link to the PPV site is – https://ppv.dundeefc.co.uk/register

If you require any technical support or help logging in, please contact [email protected]

International subscribers will be able to watch the match live as part of their subscription while audio will be available to UK subscribers.