“Some really good and positive performances” 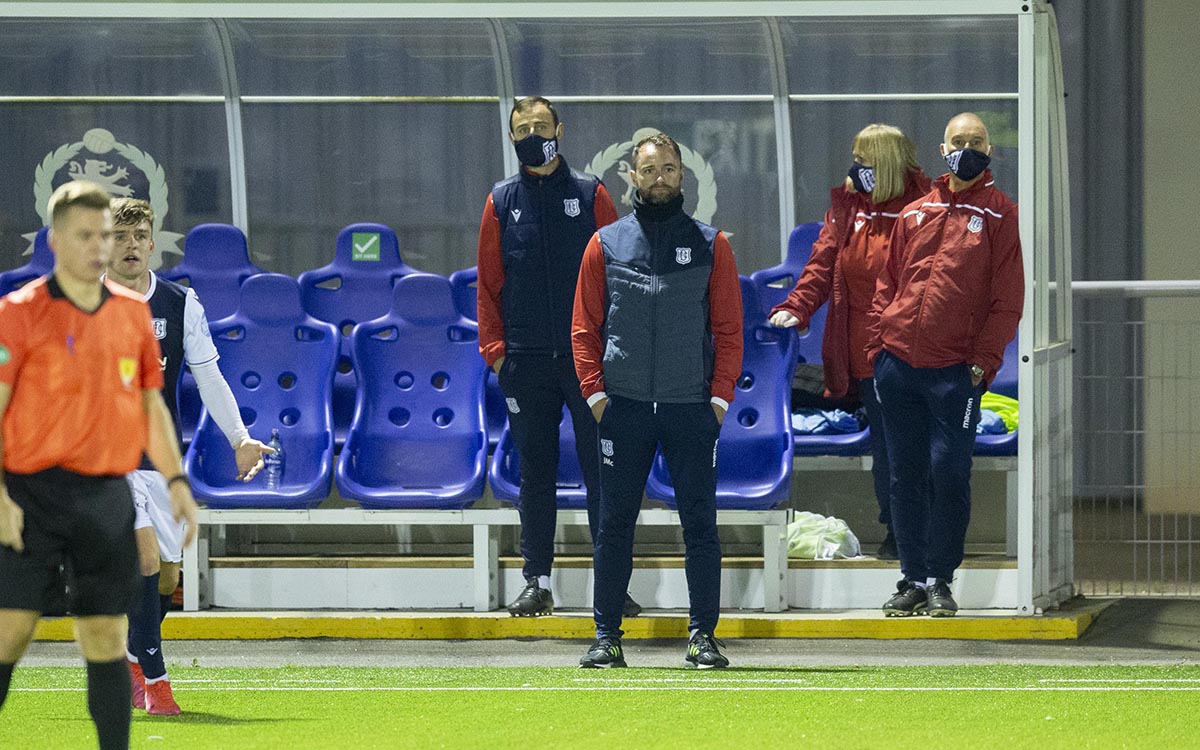 James McPake saw his side earn a hard fought victory over Cove Rangers in our third pre-season outing and praised his defence for getting another clean sheet against the League One side.

The manager spoke to DeeTV following the match and said, “First and foremost it’s another clean sheet. We were disappointed with the goals we lost against Montrose on Saturday. I thought the two centre halves were really good. Defensively as a team we were really good, and we were patient. We got a really good goal. I thought it was another good game, plenty challenges, it felt a bit like a real game for stages.”

“A clean sheet and a really good performance”

“Another work out for Charlie and Jordon Forster. Some really good and positive performances.”

The performances have increasing in quality throughout the pre-season fixtures, something which the manager is pleased to see, he continued, “I think it has been increasing since the first game against Peterhead. They have to as we are getting closer to the real stuff starting.”

“We left a few players away, they’ll join back up and train Thursday and be involved on Saturday. They are getting fitter and sharper. They have been away for a while and maybe we weren’t sure exactly how they would react to the games but a lot of them have played a lot of minutes now so we are really pleased with how it has gone.”

“That was a good game, difficult conditions again but I said to them in the dressing room, ‘that is what we are going to face in this league’. Decent pitch, for one of the artificial ones, this is a really good pitch and against a good team. That game had a bit of everything in it tonight and we are really pleased. A clean sheet and a really good performance and we got through it with hopefully not too many niggles.”