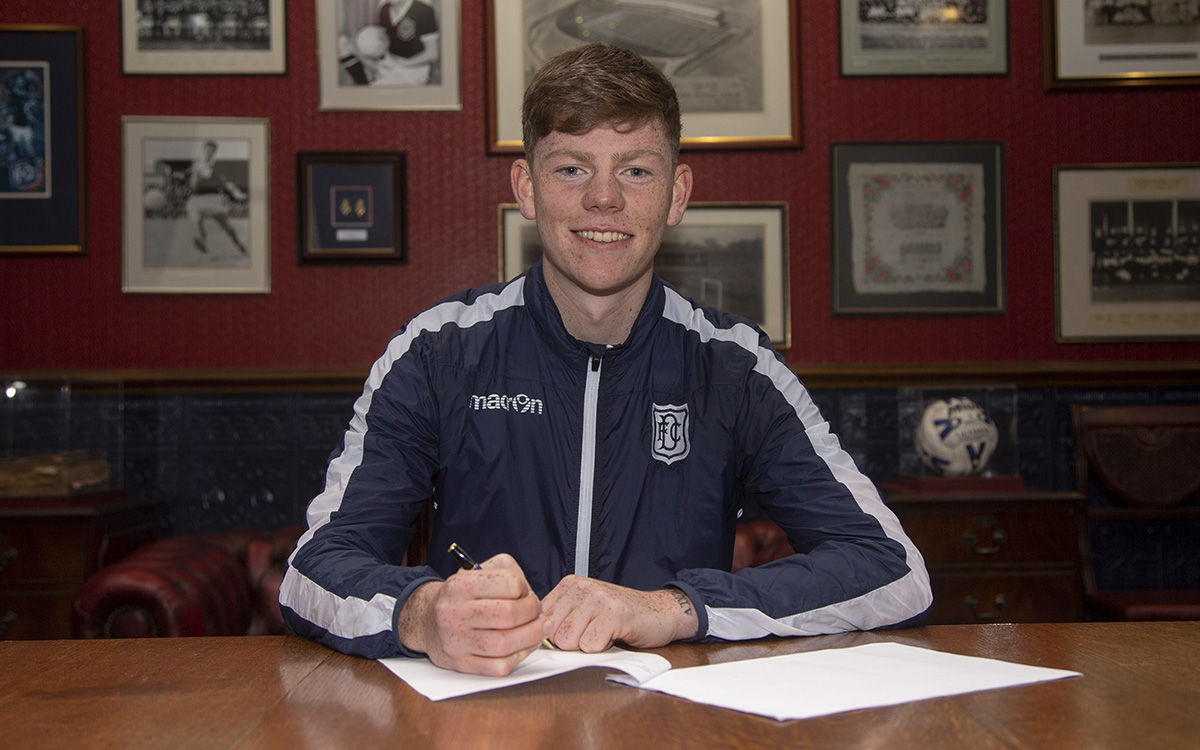 We are delighted to announce Sam Fisher has today signed a new deal with the club and has joined Forfar Athletic on loan.

Central defender Sam was a regular with the Under 18s and Reserve teams when he joined the club during the 2018/19 and was involved in the first team set up the following season.

He featured in pre-season and was on the bench in the Betfred Cup early in the 2019/20 season before joining East Kilbride on loan.

Late last year he suffered an ACL injury and after recovering over the lockdown period he returned to pre-season training and returned to the pitch during our pre-season win over Peterhead.

Sam has now extended his contract until 2023 and will join Forfar ahead of their Betfred Cup match with Hibernian tomorrow evening.