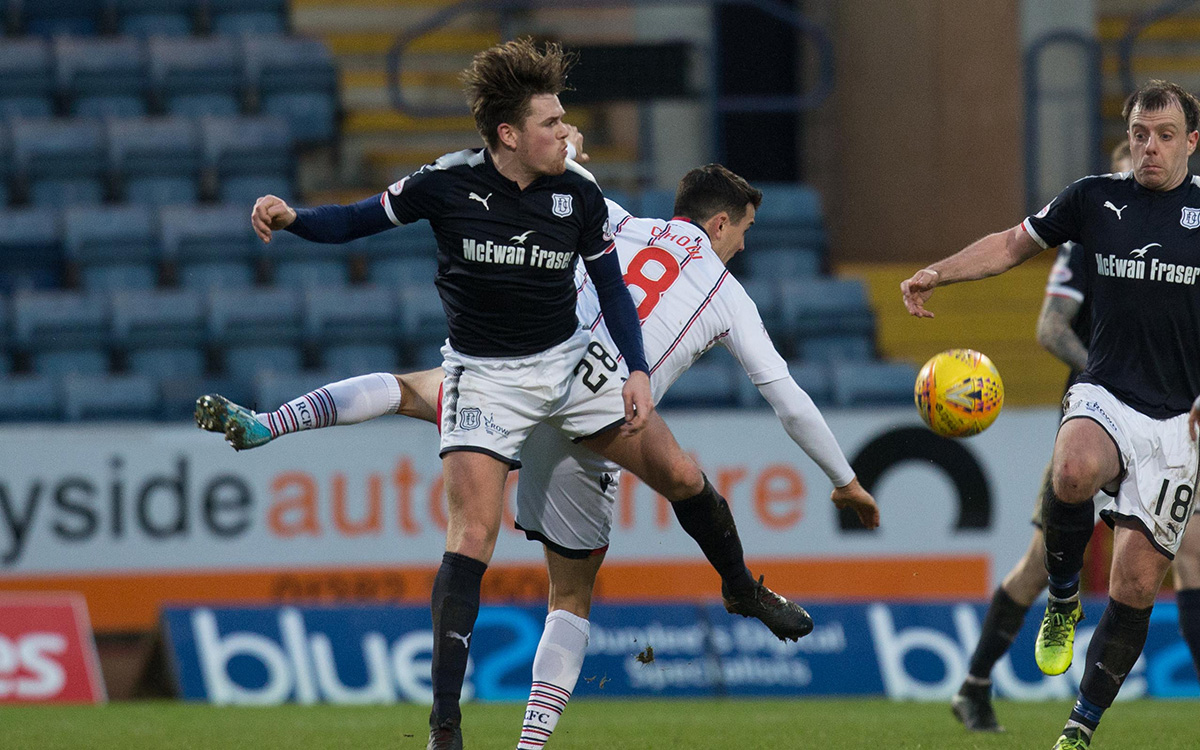 Dundee travel to Dingwall on Tuesday for their last Ladbrokes Premiership away game of the season and here we round up everything you need to know ahead of the match.

There is ample free and well signposted car parking in Dingwall Town Centre, whilst there is also car parking available for both home and away fans at the ground on matchdays at a cost of £3. Please note that the standard matchday traffic arrangements implemented by the Council Traffic Wardens and Police Scotland mean that access to the Stadium by car is not possible in the final 30 minutes before kick-off at any game

County then had a well merited draw with Hearts at the new look Tynecastle but the following week lost 2-0 to Dundee in Dingwall at the start of December which signalled a slump in form.

December saw The Staggies take just two points in seven games in draws with Killie and St Johnstone and when they returned from the winter break it was Killie who knocked them out of the Scottish Cup.

Back in the Premiership County lost to Motherwell and Rangers and then lost 4-2 at home to Aberdeen which left them bottom of the league.

They bounced back with a win at Dens Park and a draw at home to Hearts but have since February but after a 2-0 defeat in Perth manager Owen Coyle resigned to be replaced by co-managers Steven Ferguson and Stuart Kettewell.

April saw a resurgence for The Staggies with a crucial 4-0 win over Partick and draws with Hibs and Motherwell but a 2-0 defeat to Hamilton ten days ago was a serial blow to their survival hopes.

A 1-1 draw with Partick last Friday means County go into the Dundee games five points adrift of safety and two points behind Thistle in the play off spot meaning victory is imperative against The Dee.

Dundee passed up the chance to climb clear of the foot of the table as they lost 4-1 to Ross County at Dens Park last February. The Dark Blues were never better than poor and made life disappointingly easy for The Staggies. Davis Keillor-Dunn opened the scoring shortly after half time. Kerr Waddell equalised, but instead of building on that Dundee crumbled, allowing County to score twice through Alex Schalk and add a fourth at the end from Tim Chow.

Fans are reminded that for this match you need to buy a ticket at the ticket booth at the Global Energy Stadium before entering the ground. The Dundee support will be housed in the North East Extension (turnstiles 1-4) and fans are encouraged to buy their tickets as soon as they arrive in Dingwall.

The full ninety minutes of the match will be available to subscribers of DEETV on Wednesday with a shorter highlights package also available alongside exclusive post match interviews with the manager and players.