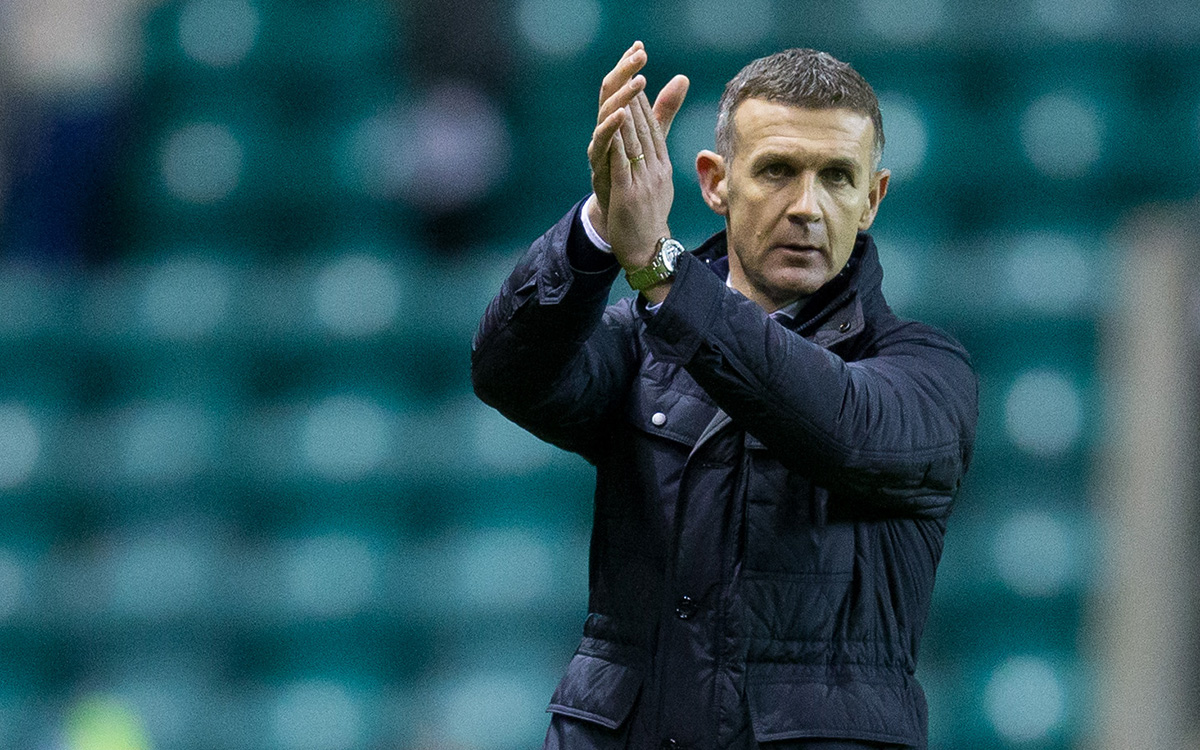 Manager Jim McIntyre was understandably happy when he spoke to DeeTV after his side came back from two goals down to earn a valuable point at Easter Road.

“I thought the boys response, especially after losing such a sloppy first goal in the first minute of the game was excellent”, said Jim. “It would have been easy to crumble after that but actually I thought that up until Hibs’ second goal we were excellent. We passed it really well, we got into threatening areas; Kenny Miller had an unbelievable header saved brilliantly by Bogdan and we carried a threat”

Talking about how the heads didn’t go down after going behind as they had perhaps done in previous weeks, Jim said, “The players know exactly what I expect and they are certainly trying hard every day in training. We’ve got to make sure we are putting teams under as much pressure as possible because we have quality in the dressing room and you saw today with some of the goals we scored that we can certainly hurt teams.”

One major bonus for the manager was the return of Paul McGowan who got the equalising goal and Jim was delighted with Paul’s contribution. “Paul was excellent today and he deserves a lot of credit as he’s been working so hard in the gym and done a lot of extra work. Where Gowser is exceptional is he is two or three seconds quicker upstairs than most players and a fully fit Paul McGowan can be a big help to Dundee. He’s got real talent, can spot a pass and is a great lad and who’s got such a desire and a will to win.”

The manager was also delighted with the performance of Jesse Curran – “I thought he was the star performer today” said Jim. “We’re asking Jesse to do a role expected of wide players, getting up and down the park, charging at the full back, taking him on and go and hurt them when we have the ball and equally when we don’t you have the ball, put in a shift as you have to get back and not leave it to the full back and he’s certainly got the energy and athleticism to do that.”

Summing up the manager said, “We went in today with a bit of confidence but you could see we still looked a little vulnerable after the second goal went in. We scored at the right time before the break that gave that little bit of belief back and then started the second half fantastically well with a great goal and I thought after that we got into some really good positions and just maybe with a little bit more care with the final pass we could have got into a few more hurtful areas”

“All in all delighted with their attitude, application and it was great to see how happy the fans were at the end who were a great support to us today.”

Subscribers can watch video interviews from the manager and Darren O’Dea on deetv.dundeefc.co.uk