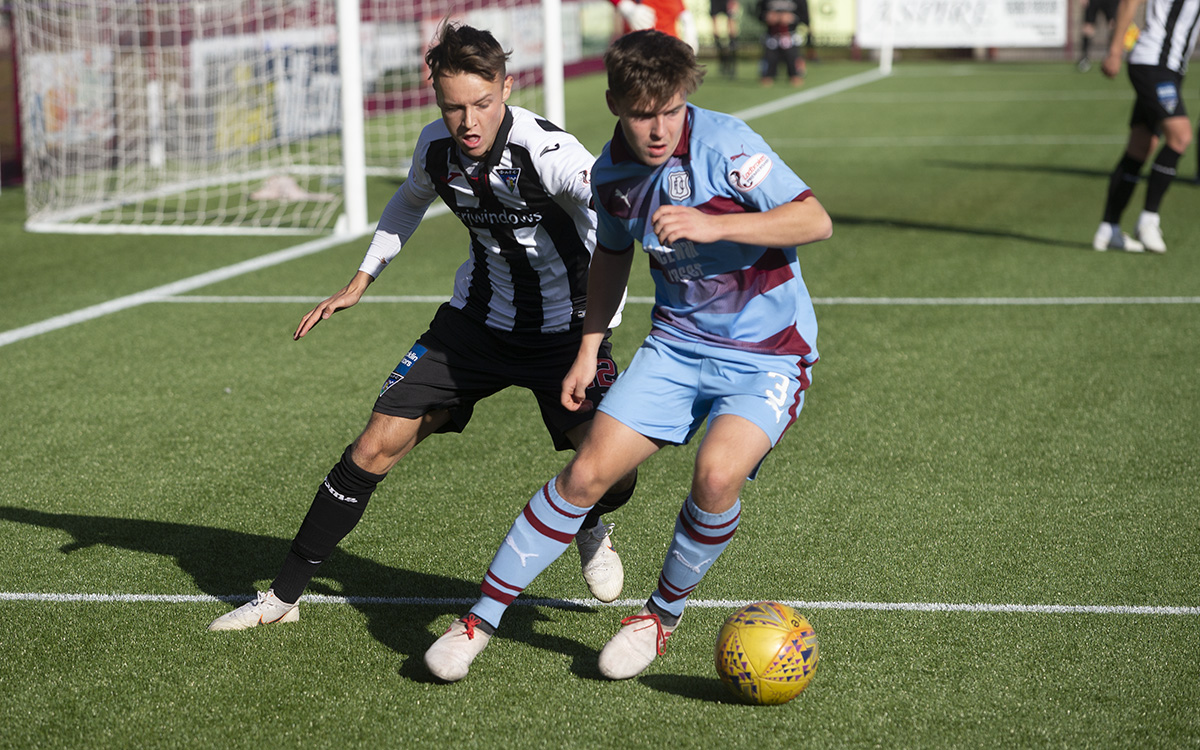 Dundee fell to their first league defeat in the Reserve League this afternoon when Dunfermline Athletic ran out 5-0 winners at New Central Park.

First team players Jack Hamilton, Jesse Curran, Darren O’Dea and Jean Alassane Mendy were joined in the starting line up by a new addition. Shortly before the match the signing of 19 year old central midfielder Grant Nelson was complete for the reserve squad. Grant’s previous club was Rangers.

Dundee started the match brightly but a poor back pass was cut out after 6 minutes and Lewis McCann ran onto it to give the hosts the lead.

It was a bad start to a bad day at the office for the Dundee side. Before the break was out Dunfermline had extended their lead to 3-0 with Robbie Muirhead first heading home then curling an effort into the top corner.

After the break it didn’t get much better. A controversial penalty was awarded when the Dunfermline player slipped in the area and Tom Beadling slotted home to put any end any hopes of a second half comeback.

Before the match was out they had added another from the spot when Myles Hippolyte scored from 12 yards after a handball in the area.