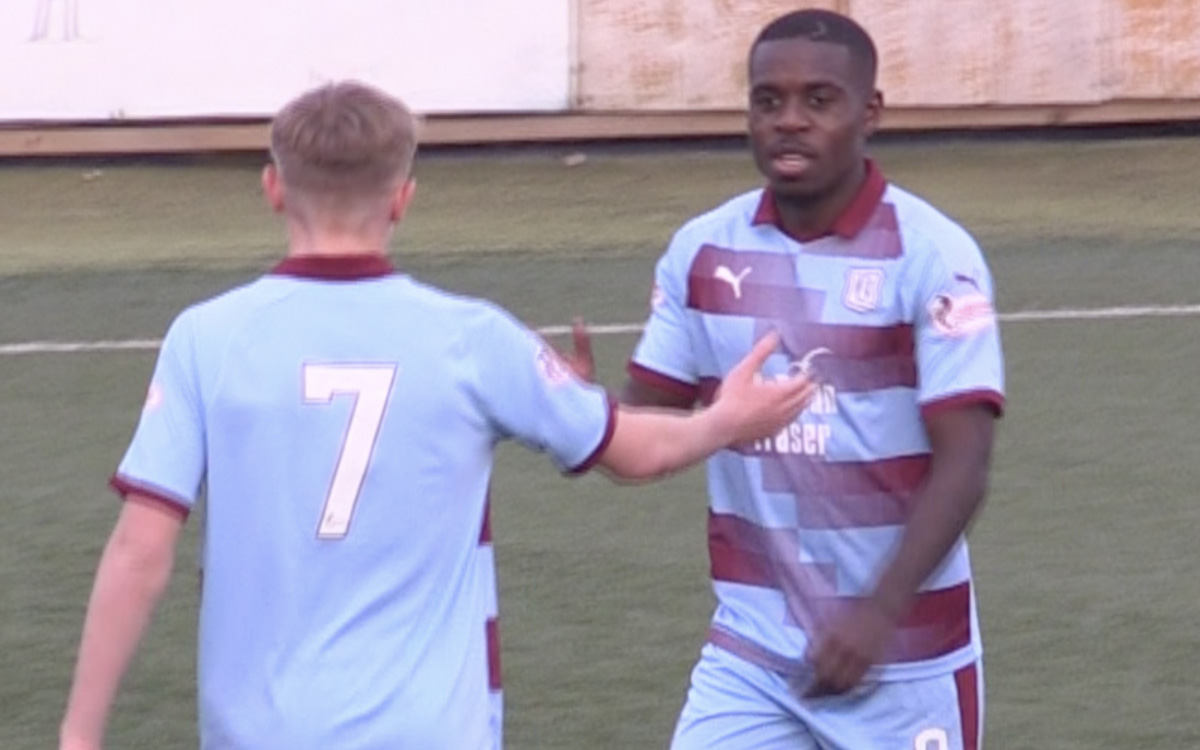 Dundee Reserves made it five unbeaten this afternoon with a comfortable 4-0 victory over Queen of the South at Station Park.

The Dark Blues could not have started the match better as they found themselves two goals up within the first four minutes.

Elton Ngwatala got the scoring underway when he picked the ball up just inside the Queens half and drove forward before firing home from the edge of the box.

Straight from the restart Queens played it back to their keeper and under pressure from Sofien Moussa his pass went straight to Cedwyn Scott who made no mistake, finishing first time.

Dundee were three up after 21 minutes, Moussa played it wide for Henvey to run onto. His cross was blocked and fell into the path of Moussa who found the top corner.

The match was over as a contest just after the half hour mark. Kharl Madianga played the ball over the top and Nathan Meres ran onto it before lifting over the keeper to make it 4-0.

Neither keeper were really bothered in the second period and the match fizzled out with little opportunity for either side.