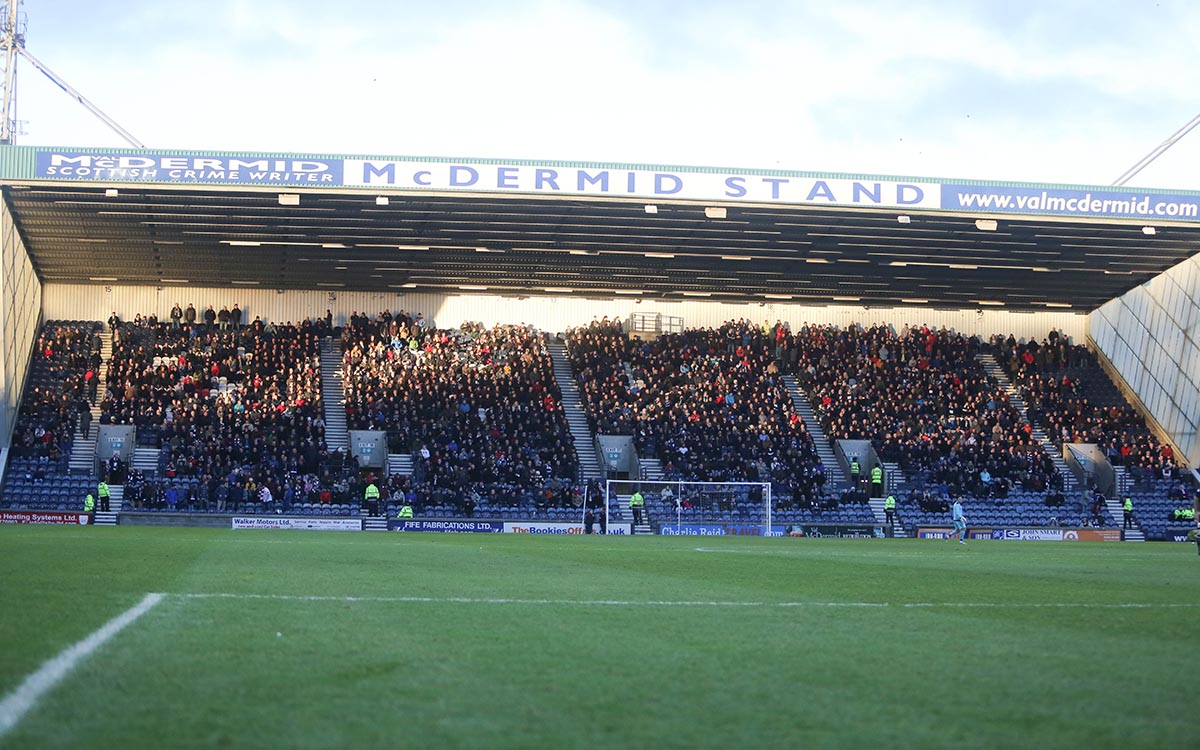 Dundee travel to Kirkcaldy for the first competitive game of the 2019/20 season when we take on Raith Rovers in the Betfred Cup and here we round up everything you need to know ahead of the match.

Tickets are still on sale from the Dundee FC Ticket Office for our opening Betfred Cup tie away to Raith Rovers on the 13th of July.

To avoid delays we would advise to purchase tickets before heading through where possible.

We have been advised that there will be tickets available on the day from a ticket pod behind the McDermid Stand on Saturday.

Tickets are prices at £12 for Adults and £6 for Concessions.

Dundee fans will be housed in the Val McDermid Stand on the north side of the ground.

By Train – Kirkcaldy Railway Station is situated to the North of the stadium and within easy walking distance (approximately 1 mile) of the stadium. On leaving platform 2, walk onto Whyte Melville Road towards the Railway Bridge then turn right and continue towards Beveridge Park Roundabout. Thereafter continue onto Abbotshall Road to Pratt Street.

By Car – From A92, leave dual carriageway at Kirkcaldy West, take the 3rd exit signposted A910 Town Centre and continue on that route to Kirkcaldy Railway Station. The ‘station’ car park is available for use and can be accessed from exit 2. There is additional but limited parking at Beveridge Park Car Park. To the south of the stadium, there is significant public and ‘on street parking’ in and around the esplanade. If parking ‘on street’, patrons are asked to park responsibly and be aware of some local restrictions. Pratt Street will be closed to traffic at least 30 minutes prior to kick off.

By Coach – Supporters coaches can be accommodated in the Beveridge Park car park (40 spaces)and on the esplanade. There is no general drop off facility at the stadium due to restricted access. Patrons using public transport can exit Kirkcaldy Bus Station and make their way via High Street to Links Street and thereafter arrive at Pratt Street South.

Blue Badge Parking – There are 12 spaces available at the rear of the North (Val McDermid) Stand which are offered on a first come first served basis. Any special drop off arrangements should be made directly to the club prior to match day. (01592 263514)

Raith played four pre season matches and go into the competitive matches with a 100% record, including victory over a Premiership side.

All four games were played at Stark’s Park and the first was a 2-0 win over Stirling Albion on June 29th. This was followed up five days later with an impressive 3-2 win over Hamilton Academical which the Rovers website described as a “swashbuckling first half performance” when they raced into a 3-0 lead.

Their next friendly was a 2-0 win over Lowland League side Spartans and their final warm up was a Fife derby against Cowdenbeath which they won 2-1 after going behind early on.

The Dee headed home over the Tay from Kirkcaldy with three points and a sense of relief after a keenly contested 2-1 win over Raith Rovers in the first game of the 2017/18 season. The match looked likely to be settled by penalties until it exploded into life in the last 10 minutes. Debutant Sofien Moussa came off the bench to put Dundee ahead but when Lewis Vaughan equalised on the stroke of full time spot kicks looked inevitable. However, Jack Hendry, who was also making his competitive debut, headed the winner in front of the delighted travelling support deep into injury time.