Queen of the South – Preview 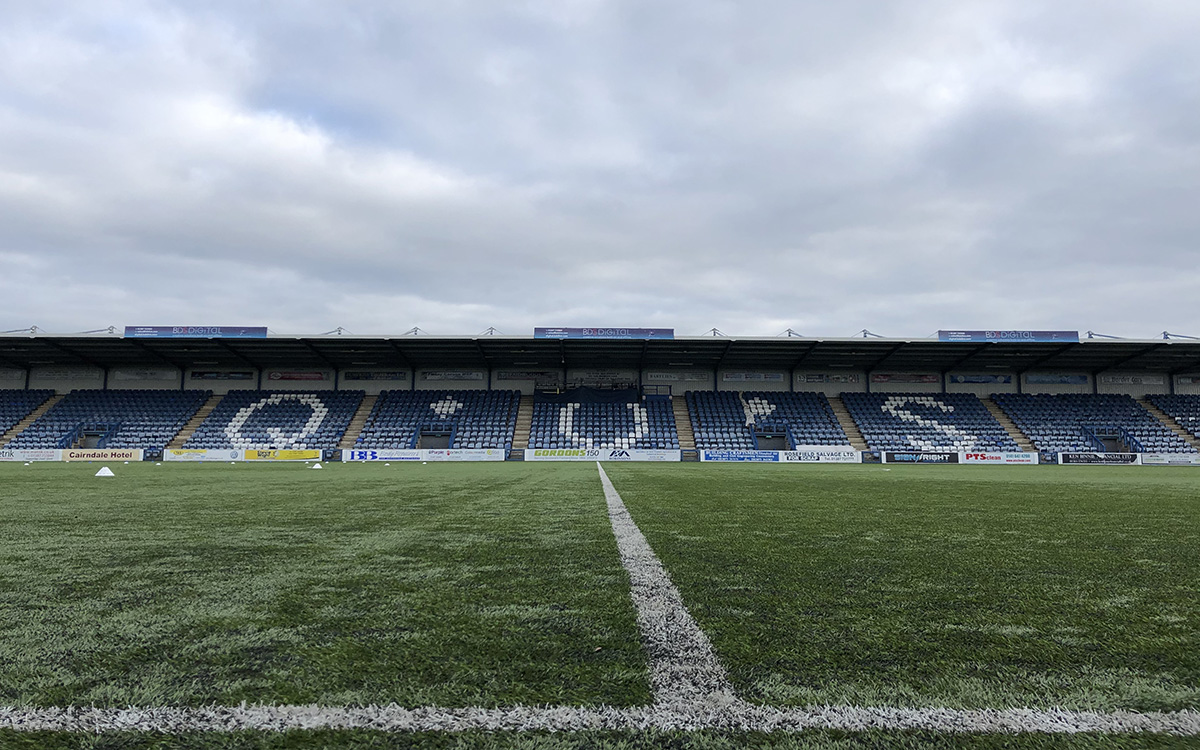 Dundee head to Dumfries on Friday to take on Queen of the South in the Ladbrokes Championship and here we round up everything you need to know ahead of the match.

Turnstile numbers for visiting fans, section of the ground

BDS Digital (East) Stand sections 6 & 7 have been set aside for away supporters. Turnstile 3 & 4 will be in use in the BDS Stand. Turnstiles will be open for spectator entry at 6.20pm

Separate catering outlets and toilets will be available for use.

Catering is also available in the Arena café where a full menu is available before kick-off. The bar under the Gates Stand will also be open for refreshments.

Entry is by ticket only. Ticket offices are open at:

Please note that the BDS Stand ticket office is CASH ONLY. If you wish to purchase your ticket by card then you should use the Arena ticket office.

Wheelchair access for away supporters is on the south side of BDS Digital stand. There is a lay by on King Street for vehicles to drop their passengers for flat access to the ground. Disabled parking is available on the north side of the BDS Digital Stand or at the Arena car park.

The full address of Queen of the South for Sat-Nav is Palmerston Park, Lochfield Road, Dumfries, DG2 9BA

Queen of the South have suggested that buses/minibuses drop off their passengers in Terregles Street /King Street and thereafter park on College Mains road just off the roundabout with the A76 on the town bypass (adjacent to Curry’s/PC World, as the other side at Aldi is the access road to the ambulance depot and is extremely busy). Pick up should be the same location. Car parking is available in the Arena car park; alternatively there is plenty of other on & off street parking available around the stadium.

The weather forecast is for sleet/light snow during travel time and for the duration of the match. This could have an effect on travel times. Please leave plenty of time to travel safely to the ground.

There are no known roadworks around Dumfries that would affect travel times to Palmerston Park but fans should check the Traffic Scotland website at http://trafficscotland.org/index.aspx for confirmation and of any other delays.

All trains come into Dumfries at the same station.

There are direct trains from Glasgow and there is also the option of coming via Carlisle. Alternatively, it can sometimes be more convenient to get off the train at Lockerbie and get the bus or taxi into Dumfries.

There is a taxi rank at the station, and the ground is approximately 5 minutes by car.

Walking to the ground from the station takes around 20 minutes, using the most direct route:

The alternative is to go through the centre of town. This will take slightly longer but has more options for refreshment along the way:

The stadium is about a 10 minute walk from the centre of Dumfries. From the High Street, head towards Greyfriars Church and then down Buccleuch Street, or find the Whitesands and walk along it with the river on your left.

Then For Away Fans

Dundee crashed out of the Scottish Cup last January with a 3-0 defeat in the Scottish Cup 4th round replay against Queen of the South in Dumfries. A catastrophically poor defensive performance allowed Stephen Dobbie an easy hat trick as Queens ran out comfortable and well deserved winners.

In the Tunnocks Caramel Wafer Challenge Cup, Queens went out after a 3-2 defeat away to Clyde and lost 2-0 at Inverness in the league last week.

The 2019/20 Queen of the South matchday programme costs £3 and will be available in and around the ground and in the Palmerston club shop under the main stand from 6.30pm

Overseas subscribers will be able to watch the match live on DeeTV. While those within the UK and Ireland can hear live audio commentary.

The full match replay will be available to every subscriber of DeeTV on Friday evening while a shorter highlights package will be available on Saturday alongside exclusive post match interviews with the manager and players.

Queen of the South FC have adopted a robust and thorough search policy for spectators entering the ground to ensure that ground rules and regulations are strictly adhered to, especially in relation to pyrotechnic devices and controlled containers. All bags will be searched and spectators presenting themselves for entry may also be subject to search. Spectators who refuse to be searched by stewards will be denied entry to the ground.

Palmerston Park is a non-smoking venue, this includes e-cigarettes and other such devices. Stewards are empowered to eject spectators who disobey these rules. No persons will be admitted to the ground who are deemed to be under the influence of alcohol.

All spectators are required to abide by QOS’ acceptable behavior policy.

Further information can be accessed via the Queen of the South website www.qosfc.com and social media.