Queen of the South | Match Preview 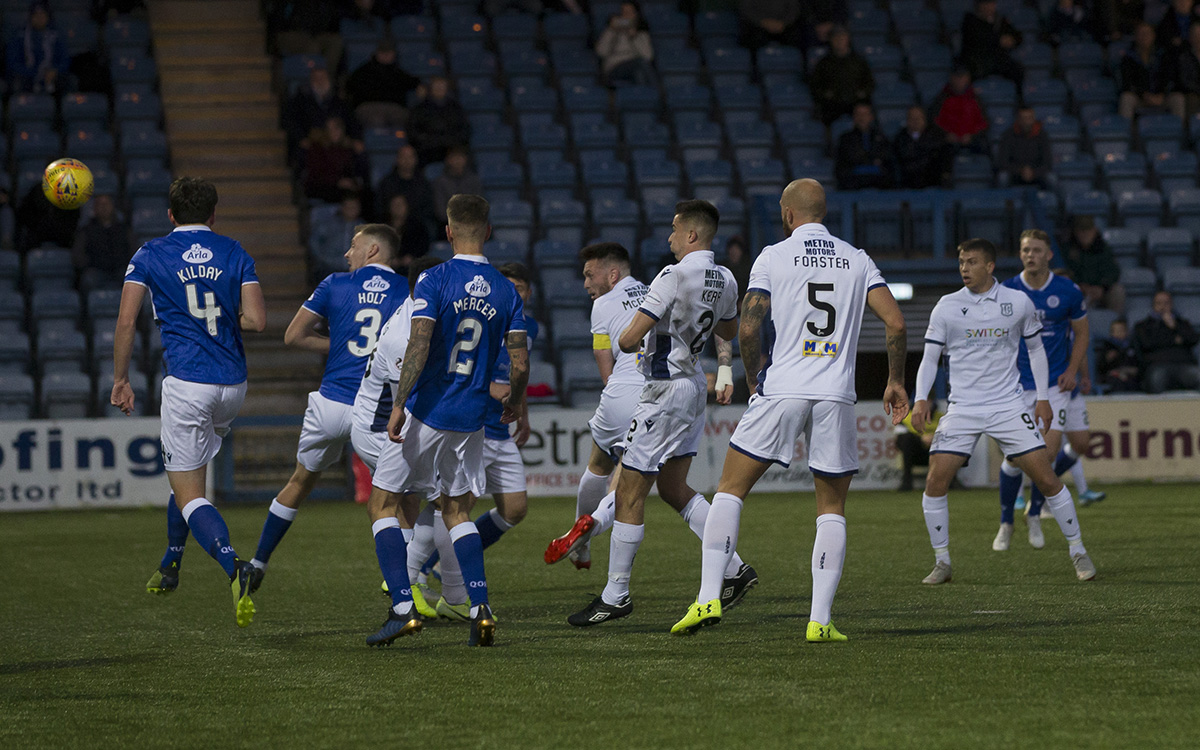 Dundee’s next Ladbrokes Championship match sees James McPake’s side travel to Dumfries to take on Queen of the South and here we round up everything you need to know ahead of the match.

Entry is by ticket only. The Arena ticket office will be open for away supporters from around 1:00 p.m. with the BDS Stand ticket offices opening about 1:30 p.m.

Please note that the BDS Stand ticket office is a CASH ONLY office. Should spectators wish to pay by card then they should purchase their tickets at the Arena ticket office.

Spectators should arrive in plenty of time to ensure that they purchase their ticket and gain entry to the stadium for the kick off. Turnstiles open for admission at 1.30 p.m.

Fans asking for concessions (including student, U21 tickets and U16) will have to present ID to gain tickets.

Wheelchair access for away supporters is on the south side of BDS Digital stand. There is a lay by on King Street for vehicles to drop their passengers for flat access to the ground. Disabled parking is available on the north side of the BDS Digital Stand or at the Arena car park. The cost of entry of 1 personal assistant is included in the price of the accessible ticket

The full address of Queen of the South for Sat-Nav is Palmerston Park, Lochfield Road, Dumfries, DG2 9BA

Queen of the South have suggested that buses/minibuses drop off their passengers in Terregles Street /King Street and thereafter park on College Mains road just off the roundabout with the A76 on the town bypass (adjacent to Curry’s/PC World, as the other side at Aldi is the access road to the ambulance depot and is extremely busy). Pick up should be the same location. Car parking is available in the Arena car park; alternatively there is plenty of other on & off street parking available around the stadium.

There are no known roadworks around Dumfries that would affect travel times to Palmerston Park but fans should check the Traffic Scotland website at http://trafficscotland.org/index.aspx for confirmation and of any other delays.

All trains come into Dumfries at the same station.

There are direct trains from Glasgow and there is also the option of coming via Carlisle. Alternatively, it can sometimes be more convenient to get off the train at Lockerbie and get the bus or taxi into Dumfries.

There is a taxi rank at the station, and the ground is approximately 5 minutes by car.

Walking to the ground from the station takes around 20 minutes, using the most direct route:

The alternative is to go through the centre of town. This will take slightly longer but has more options for refreshment along the way:

The stadium is about a 10 minute walk from the centre of Dumfries. From the High Street, head towards Greyfriars Church and then down Buccleuch Street, or find the Whitesands and walk along it with the river on your left.

Then For Away Fans

It is requested that buses/minibuses drop off their passengers in Terregles St/King Street and thereafter park on College Mains Road just off the roundabout with the A76 on the town bypass (adjacent to Curry’s/PC World, as the other side at Aldi is the access road to the ambulance depot and is extremely busy). Pick up should be the same location. Supporters buses including minibuses will not be allowed to park in the Arena car park.

Car parking is available in the Arena car park, alternatively there is plenty of other on & off street parking available around the stadium.

Any local roadworks etc. that may cause delays

There are no ongoing roadworks currently around Dumfries that may affect travel times to Palmerston Park. Fans should check the Traffic Scotland website at http://trafficscotland.org/index.aspx for confirmation of any delays. There are current weather warnings in place for the region for wind and rain. Please allow ample time travelling to get to Dumfries.

Specific advice for away fans in respect of condition of entry e.g. searching policy, unacceptable behaviour?

QOS have adopted a robust and thorough search policy for spectators entering the ground to ensure that ground rules and regulations are strictly adhered to, especially in relation to pyrotechnic devices and controlled containers. All bags will be searched and spectators presenting themselves for entry may also be subject to search. Spectators who refuse to be searched by stewards will be denied entry to the ground.

Palmerston Park is a non-smoking venue, this includes e cigarettes and other such devices. Stewards are empowered to eject spectators who disobey these rules. No persons will be admitted to the ground who are deemed to be under the influence of alcohol. This will be strictly enforced.

All spectators are required to abide by our acceptable behavior policy.

Queen of the South FC look forward to hosting you at Palmerston and wish you a safe and enjoyable journey to and from our stadium. Further information can be accessed via our website www.qosfc.com and social media.

Two goals by Stephen Dobbie gave Queen of the South a 2-1 win at the Kilmac Stadium at Dens Park on St Andrews Day. Dundee had started well only for Dobbie to put the Doonhamers ahead after half an hour. Queens should have extended their lead in a poor second half. Danny Johnson seemed to have salvaged a point with a fine equaliser deep into injury time, but the defence switched off to gift Dobbie an immediate winner.

In the Tunnocks Caramel Wafer Challenge Cup, Queens went out after a 3-2 defeat away to Clyde and lost 2-0 at Inverness in the league the following week before the 1-1 draw with Dundee in front of the BBC Scotland cameras.

Queens followed that draw up win a 1-0 win over Partick in Glasgow and then an impressive 4-0 win over Dundee United in Dumfries.

After drawing with Alloa and then losing to Inverness and Dunfermline, Queens defeated 2nd placed Ayr 3-1 at home.

Dundee United then got revenge with a 3-0 win at Tannadice before a disappointing Scottish Cup exit at the hands of Queens Park in the third round.

Queens then bounced back with an excellent 2-1 win at Dens but failed to build on it with a defeat to Partick the following week. The Doonhamers then enjoted back to back wins over Arbroath and Ayr before a hat-trick of defeats to Dundee United, Alloa and Dunfermline which has kept them looking over their shoulder at the relegation places as well as still having ambitions towards the promotion play offs.