Played for Dundee and Queen of the South – Andrew Barrowman 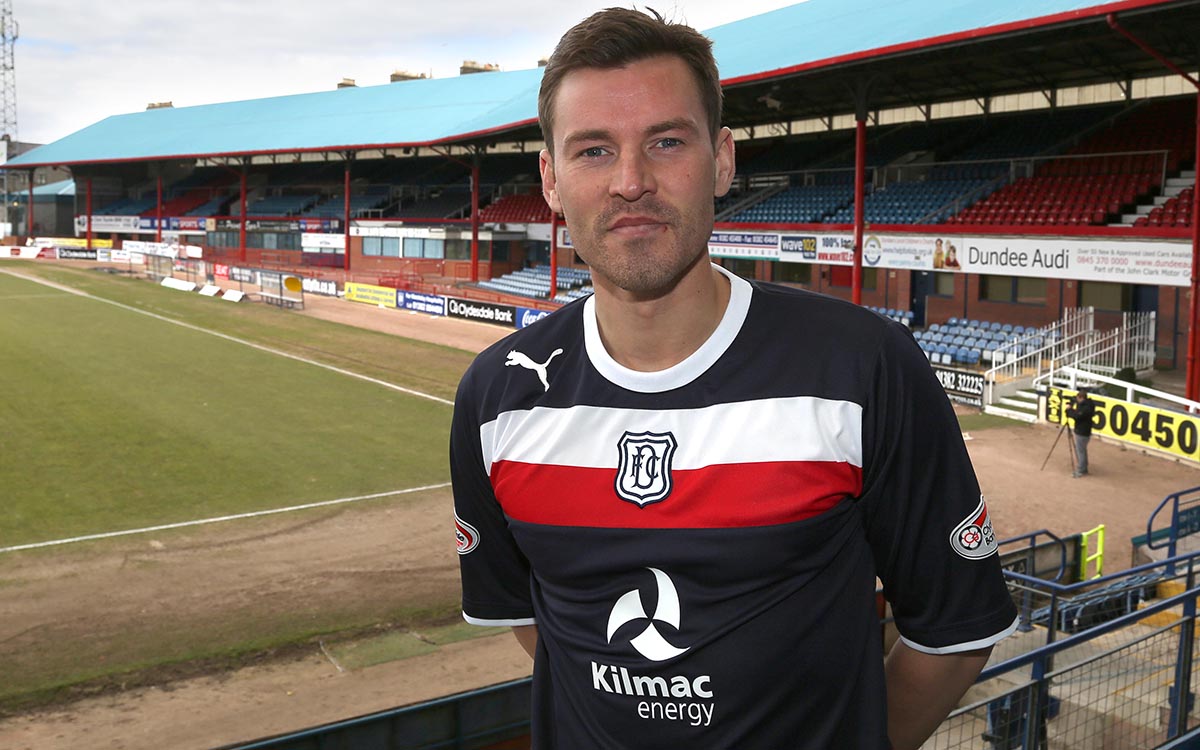 As Queen of the South come to the Kilmac Stadium at Dens Park on Scottish Cup duty on Saturday, we take a look at a player who has played for both clubs, Andrew Barrowman.

Barrowman played for 15 clubs throughout his career, starting Birmingham City at the age of 16, having been with Rangers for four years as a schoolboy. In 2002, he represented Scotland under-19s in the first qualifying round for the 2003 UEFA European Under-19 Football Championship and had previously represented Scotland at other youth levels.

He signed his first senior contract at St Andrews for the start of the 2003/04 season, but made his Football League debut as a Crewe Alexandra player, in a match against Bradford City in October after signing on a month-long loan and scored his first goal in his next match, a 3–0 victory against Derby County four days later.

Barrowman would feature just once for The Blues in the Premier League and after further loan spells at Blackpool and Mansfield left Birmingham to join Wallsall in January 2006.

Six months later Barrowman returned to Scotland and signed a one-year deal with SPL club Kilmarnock but after initially failing to break into the first team, joined Queen of the South on a month’s loan during September. This loan deal was subsequently extended until the end of December but in February the move became permanent until the end of the season after his release from Rugby Park.

Barrowman scored once for Queen of the South, his goal coming in a 2–2 draw against future club Dundee on March 17th 2007 and he signed for Ross County for the 2007/08 season. He hit terrific form during his first season in Dingwall, scoring a total of 29 goals, 24 in the league, which helped the club to win the Second Division championship.

In late May he turned down a contract extension with County and in the summer would back to the SPL when he joined County’s rivals Inverness Caledonian Thistle on a three year deal. He scored on his league debut in a 2–0 win over Aberdeen but despite scoring this Barrowman struggled to live up to his potential and found himself in and out of the Inverness team.

In February 2010, Barrowman re-signed for title challengers Ross County on an 18-month deal after securing a release from Inverness. He contributed an assist for the second goal as Ross County eliminated Celtic on their way to the 2010 Scottish Cup Final and played in the final against Dundee United.

In October Andy returned to first-team duty after two months out with a broken foot to score a late equaliser against Partick Thistle in the semi-final of the Scottish Challenge Cup. The Staggies would go through to the final after winning the penalty shootout and would lift the trophy after a 2-0 win over Queen of the South after Barrowman scored the opening goal.

In the summer Barrowman left Ross County to join SPL newcomers Dunfermline Athletic on a two-year contract but on March 26th 2013, Dunfermline applied to enter into administration and Barrowman was one of the eight players made redundant.

Thankfully he wasn’t without a club for long as Dundee manager John Brown moved quickly to offer him a deal at Dens Park until the end of the season just five days later.

Wearing number 47, Barrowman made his Dark Blue debut the following weekend when he came off the bench with 20 minutes left to replace John Baird in a 2-1 win over Kilmarnock at Rugby Park; a result, thanks to a Gary Harkins double which cost Killie a top six place in the last pre split match.

That proved however to be Barrowman’s only appearance for The Dee as he struggled to get a game ahead of John Baird, Colin Nish and the fit again Mark Stewart and Carl Finnegan but he did sit in the bench in four out of the last five games of the season.

In the summer he would join Livingston, in initially on a six month deal and made his debut for The Lions at home to Falkirk in the inaugural SPFL Championship on August 24th Three days later Andy cored his first Livi goal against Airdrie in the League Cup and in January his contract was extended until the end of the season.

Barrowman faced Dundee twice as the Dark Blues went on to win the Championship and return to the top flight at the first time of asking and in total would score six times in 22 appearances for the West Lothian side.

After just one season at Almondvale, Barrowman joined League One side Greenock Morton and after six goals in 15 appearances was released by mutual consent in January 2015.

On the same day he left Morton, Barrowman signed for former club Dunfermline Athletic on a short term six-month deal and the switch was part of a swap deal which saw Ross Forbes go the other way to Cappielow. He made his second Dunfermline debut in a 2–2 draw against Airdrieonianson January 17th and his only goals for The Pars were a brace against Stenhousemuir on Valentine’s Day.

In July 2015, Barrowman signed for Albion Rovers alongside former Raith Rovers midfielder Mark Ferry. His season with Rovers was hampered by injury, though he did make 25 appearances across all competitions, scoring 4 times for the Scottish League One side.

At the end of the 2015/16 season, Barrowman confirmed his retirement from football and having started a degree course in business management towards the end of his playing career, went on to become Scottish brand manager for sportswear firm Joma.